Menu
View our Events
Stay Connected:
The talent acquisition role continues to evolve, and these days it is one of the most vital weapons in the war for talent, says a new report from Leathwaite. Pent-up demand, a shortage of talent, and a capability shift are all part of why companies are driving to build or upgrade their talent acquisition function. 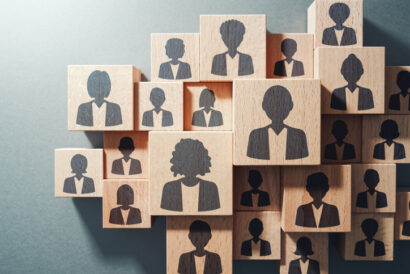 November 4, 2022 – The velocity of the post-COVID hiring bounce-back, spanning virtually all industries and geographies, caught many companies cold and took many by surprise. As organizations scramble to meet what is an extreme skill shortage in some areas, it should perhaps come as no surprise that the individuals tasked with identifying, attracting, and on-boarding the capabilities necessary to deliver against the company strategy, should themselves be in unprecedented demand, according to report from Leathwaite.

“From origins in the traditional personnel department, wherein recruitment was a side-of-desk role for an HR manager, filtering and interviewing direct applicants and/ or instructing third-party suppliers, the modern talent acquisition function has a far more proactive role and visible financial impact in terms of bottom-line,” said Chris Rowe, partner at Leathwaite and author of the report. Mr. Rowe examines the ongoing evolution of the recruiting/talent acquisition function, and its place as a crucial weapon in winning the war for talent.

As recruiters’ average “req load” (number of open roles, or requisitions) and “time-to fill” (days from opening the role to closing the role, pre-notice period) – two of the traditional metrics by which talent acquisition functions live and die – balloon relative to normal standards, a sensible question to ask is: why?

Pent-up demand: First, through the latter part of 2019 and first half of 2020, not a great deal of hiring occurred, according to the Leathwaite report. As companies tightened their belts and prepared for a prolonged period of the unknown via COVID-19, many froze hiring activities, furloughed or otherwise reduced staff, and battened down the hatches. “Whilst it would be premature to state that COVID is behind us, as the music tentatively started again in late 2020 through 2022, it was clear that recruiters were being met with a backlog of work in terms of hires that could have been made earlier,” the Leathwaite report said.

Talent Supply Shortages: The Great Resignation, as coined by Anthony Klotz, is a thing. A Microsoft survey of over 30,000 global workers showed that 41 percent of workers were considering quitting their jobs or changing professions this year. “People who either permanently or temporarily lost their seat via COVID, have increasingly arrived at the conclusion that they don’t necessarily want it back – at least not in the way companies have traditionally viewed roles and work,” said the Leathwaite report. “Thus, talent acquisition has not necessarily had an abundance of low-hanging fruit in terms of people desperate to get back into the ways of old, from which to pick.”

Capability Shift: Finally, it has been said more than once that “In the future, everyone will be a software engineer,” and many recruiters might answer this by saying the future is now. “Digitization infuses virtually every function in a modern organization of scale, and as such, recruiters need to think more laterally than ever in the sourcing and attraction of talent,” the Leathwaite report said. “Whilst historically, every company had perhaps three to five competitors that would keep them up at night, today they might have 20; five they know, 10 they haven’t heard of, and five that haven’t been established yet. With this in mind, talent acquisition functions’ view on the talent horizon needs to be better and wider than ever.” Chris Rowe is a partner at Leathwaite and leads the global HR practice, in addition, he is also responsible for running the EMEA business from Zürich, covering the full range of corporate functions from a search perspective. Mr. Rowe has worked within executive recruiting since 2000, including numerous board and C-level appointments. He has delivered work in the US, U.K. and numerous continental locations including Switzerland, Germany, Russia, Luxembourg, Turkey, France and UAE, among others.

Against this tri-pronged backdrop, the Leathwaite report notes that it is not hard to see why the hunters have become the hunted, and why companies are aggressively competing to build or upgrade their talent acquisition functions with such vigor.

Evolution of the Model

Whether you call it human capital management, people and culture, people operations or something else (and indeed whether or not you care), like many other non-revenue functions, HR has historically been something of an easy target for detractors, who would question the tangible return-on-investment produced by the function, according to the Leathwaite report. However, if economic growth is a function of capital and labor, the report says, the talent acquisition function could rightly lay claim to being at the coalface where securing the resources to drive productivity (and thus share price or return-on-equity) is concerned.

From origins in the traditional personnel department, wherein recruitment was a “side-of-desk” role for an HR manager, filtering and interviewing direct applicants and/ or instructing third-party suppliers, the modern talent acquisition function has a far more proactive role and visible financial impact in terms of bottom-line, according to the Leathwaite report.

“The recognition of recruiting as a specialist discipline in its own right, led to the establishment of talent acquisition as a Center of Expertise (CoE) function alongside recognized CoE topics,” said the Leathwaite report. “The modern recruiting function has evolved to become highly process-driven and transactional, managing a large volume of hires annually, with a significant proportion executed directly – thus producing digestible metrics on the speed of hires made and the financial cost saved to the business.”

“These business impacts are even more pronounced in the most advanced, future-proof talent acquisition functions,” said Mr. Rowe. “Here, not only is third party supplier spend (executive search, agency etc.) minimized, but the function has also developed a holistic view of both external and internal talent, linked to strategic workforce planning, and contributes to everything from employer branding and employee experience to organizational design and future of work. This involves the function having a blended view of both the external and internal candidate markets whilst taking a proactive and forward-looking stance on future capabilities as well as helping drive and challenge organizational design discussions with senior management.”

As the capability, credibility and impact of the talent acquisition function has evolved, so has the positioning of the function. Historically, in large organizations, talent acquisition has been positioned at a CHRO-2 level, reporting into the talent, learning, and diversity cluster (sometimes incorporating organizational design), which is logical given the need for connectivity across those areas where filling roles is concerned.

Increasingly, talent acquisition has been elevated to a CHRO-1 level in many companies, reflecting the value and prominence of the function to the enterprise, yet heightening the need for connectivity and collaboration with the talent function and other disciplines. “Structurally, the common outlier to this is business-embedded strategic recruiting, often where recruiting is most directly linked to revenue,” the Leathwaite report said. “Here, in industries such as alternative investments (via asset gatherers and portfolio managers), private banking, or other businesses with a significant sales focus, what the role might lack in three-dimensional input into topics such as org design and input into internal succession, it more than compensates for with access to business leadership and strategic insight.”

From a skills perspective, the Leathwaite report says that the talent acquisition function in earlier guises was staffed predominantly (and logically) with recruiters; those that had possibly started life in third-party vendors by way of executive search or contingent recruitment firms. There was also a sense that while talent acquisition provided a talent source for the rest of HR, with recruiters often moving out to take on other HR roles in business partnering, talent or learning, there was not necessarily a reciprocal pipeline of other HR people wishing to move into talent acquisition, unless sold to them as a tour-of-duty en route to promotion.

“It is fair to say that as the perception and positioning has evolved, so has the profile it attracts,” the Leathwaite report said. “Whilst a recruiter skill-set (sales, assessment, process discipline) is still an important bedrock to the function, increasingly there is a far more measured blend of non-recruiting HR people, business people (non-HR coming into the function from commercial or SME roles across the enterprise, wherein prior end-users of talent acquisition use their experiences to help elevate it), and people with consulting or marketing backgrounds landing in talent acquisition roles. This mix is important to attaining the three-dimensional standards and positioning of the most modern talent acquisition functions.”

Whether or not your company’s three to five year plan is predicated on more of its existing capabilities necessary to deliver strategy, or shifting towards capabilities it does not yet have, those on the frontline in the war for talent will be vital to the cause, according to the Leathwaite report. Hanging on to the best people and augmenting their teams will be critical, as will positioning them internally to ensure they add maximum value.

Leathwaite is an executive search and human capital specialist firm, delivering an interconnected range of executive search, executive interim, and data and insight services. Established in 1999, the firm has developed key international client partnerships across a range of industry sectors. Leathwaite has a network of international offices in London, New York, Los Angeles, Dallas, Hong Kong, and Zurich.