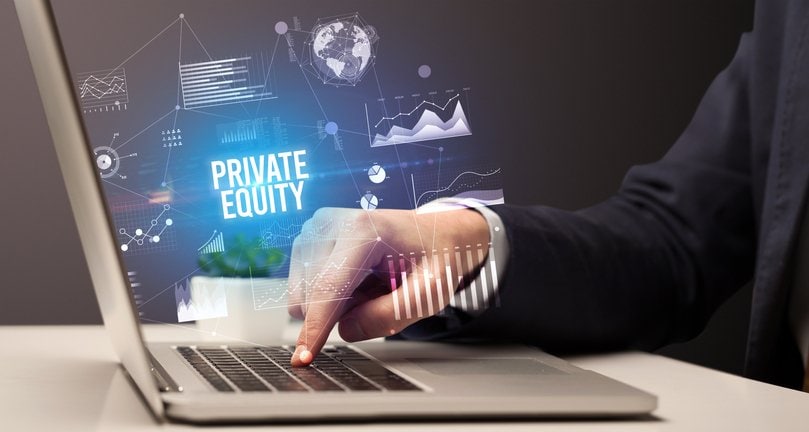 October 28, 2021 – The global private equity sector is more than three times bigger than it was just 10 years ago. How can PE firms ensure that they are attracting the best talent to lead their portfolio companies? Despite a COVID-induced 22 percent downturn in private equity fundraising and deal volume in 2020, the broader multi-year trend is that the sector is extremely healthy, growing fast, diversifying and becoming much more competitive, according to a new report by NGS Global. Global capital raising has ballooned in the last decade, growing from $155 billion in 2010 to $503 billion last year. The sector now employs 8.8 million people in the U.S. alone.

Within this context, Lee Brantingham and Jonathan Nosal of
NGS Global spoke with 10 private equity company founders and executives about their key suggestions for how to source and retain the most talented PE leaders. Their raw insights and perspectives paint a complex and evolving picture.

Resurgence of Competitive Activity
“The amount of liquidity and activity in the sector is no less than astonishing right now,” said Mr. Brantingham. “Up and down the scale of funds, whether it’s private going public or public buying private, specialized vs. generalist, everyone is competing for deals. On top of this, sovereign wealth funds have tweaked their investment philosophy which has made the environment even more competitive.”

This climate means that the war for the best private equity talent is getting ever-more intense. According to a partner at a U.S.-based PE firm, the success of a particular venture is integral to the talent that you have driving it. 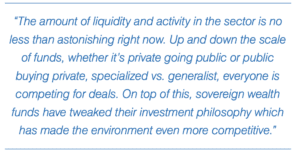 “The common perception is that PE funds are just predators that want to come in and dismantle and pick apart an organization, but this is false,” they said. “You make money by growing businesses, ideally organically, which gets you the best return. Some industries that aren’t growing organically mean they are doing so inorganically (usually through mergers and acquisition). Both scenarios are completely dependent on talent for success – and the talent knows it.”

Greater Fluidity/Dynamism of Talent
Many of those the firm spoke to highlighted that there is also a greater degree of fluidity in terms of hiring and movement within the sector at the moment, according to the NGS Global report. “Five years ago, it was far more common for executives to want to keep working for firms with similar profiles,” the study said. “Very rarely would someone from a Fortune 100 go into a sub-$20 million business. That is not necessarily the case anymore. They are seeing much more openness to PE leadership making quite profound career jumps, particularly with how compelling some deals are.”

The report also says that added to this is the multi-generational impact on the PE workforce. Much younger executives, aged in their late 20s to early 30s, are having an impact – they are mobile, agile and not afraid to take risks, which is a positive within the PE space (to a degree). If they fail, they tend to fail quick and pivot. Learning from a point of failure is easier for this more youthful demographic to grasp, as the world is changing just as fast around them.

Team Assessment Strategies
According to a senior investment leader of a top 15 global sovereign wealth fund that NGS Global spoke with, the degree to which the incumbent team influences an investment in that company is usually dependent on the maturity of that business.

He explained: “In early stage (more VC) investing, the CEO and his/ her relative knowledge and capability in a given space is hugely critical. One third to half of our investment decision is based around what we think of the CEO and his/her direct management team.

If we’re investing in a fund, then we look at the executive group and want to understand the stability, how long they have worked together and what they have achieved. We would like to understand if they’ve established incentives and been able to drive the right behavior.”

“In much bigger deals with a business that is already at scale, the management team is important, but if you have to change out the CFO or bring in a new head of operations, that can be done with much less disruption,” the report found. “The CEO is still very important, particularly if he or she is a founding CEO, but for these later stage companies, the management team is more like 20 percent of that decision.”

“The PE space is currently hyper-competitive on many levels: remarkable levels of liquidity exist, the investor appetite for risk is high and a huge number of different investment vehicles are competing for the same deals,” the NGS Global report found. “As a consequence, there is an unprecedented demand for leading talent. Establishing a good cultural fit, creating a performance-based compensation structure and ensuring you pick the right executive search partner are crucial elements for success.”