Menu
View our Events
Stay Connected:
As the talent crisis continues to batter companies across the county, a report by Slayton Search Partners analyzes the dilemma and offers some suggestions for combatting it. One place to start is streamlining recruiting processes, said the study: “The new standard of decision by consensus when screening a recruit often brings proceedings to a standstill.” 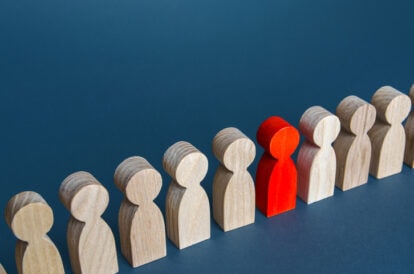 September 13, 2022 – You’ve heard the buzzwords by now. All it takes is one scroll through LinkedIn  to become quickly acquainted with terms like “The Great Resignation” and “candidate-driven markets.” A small cadre of job seekers among the top percentile of talent are able to write their own ticket, picking and choosing where they land, according to Richard Slayton, managing partner and chief executive officer of Slayton Search Partners, in a new report. “Another group of perfectly capable individuals is finding it hard to stay in the workforce altogether, leading to a very real talent shortage,” he said. “It’s not all about people deciding to quit their jobs to start a new life, however. The workforce is reaching peak retirement age, with many Baby Boomers pulling out of the rat race. In addition, many parents are finding it necessary to have one person forgo a paycheck to stay home with the kids.”

Whatever the reasons for the shortage, the result is clear: There’s a war for talent, and companies are hoping for a light at the end of the tunnel. In its report, Slayton Search Partners delved into how we got here and identified the challenges we face moving forward.

The Talent Shortage at a Glance

The talent crisis largely stems from a number of perfect-storm factors, as reported by Forbes. Many large-scale enterprise projects were put on the backburner during the height of the pandemic—in fact, most companies had to grind just to stay afloat. Once the time came to get back to bigger projects, the market experienced pent-up demand for workers that were in short supply, according to the Slayton Search Partners’ report. This demand was only heightened by the V-shaped recovery in the expanding U.S. economy and a widespread resurgence in companies’ desire to fast track their own digital transformations (i.e., embedding technology and building platforms to better compete in the marketplace).

Employers are implementing initiatives that include boosting salary budgets; increasing workplace flexibility; placing a greater focus on diversity, equity, and inclusion; and enhancing the employee experience. Organizations with work-from-anywhere policies have been able to significantly increase their geographic area of recruitment, creating more competition for talent. 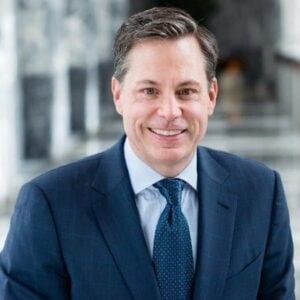 Likewise, a survey conducted by the CNBC Global CFO Council found that an increasing percentage of U.S.-based companies report hiring difficulties, and more than 90 percent said they were raising wages. “But this labor shortage isn’t a new phenomenon,” the Slayton Search Partners’ report said. “It predated the emergence of COVID-19 only to be compounded when the pandemic hit. The sharp spike in CFOs of large corporations citing concerns about hiring suggests that the supply and demand imbalances in the market for workers isn’t going anywhere soon. That has many economists worrying that the labor shortage and its accompanying wage inflation may last longer, and be more severe, than expected.”

Hiring firms need to take a longer-term view in the war for talent, especially in light of these statistics, which suggest a labor shortage that won’t slow down for anything—not even a reprieve from the pandemic, according the Slayton Search Partners report. “There’s much to be done to navigate these choppy job market waters, but a good place to start may be streamlining recruiting processes,” it said. “First of all, there are too many starts and stops in the process. The new standard of decision by consensus when screening a recruit often brings proceedings to a standstill. To make matters worse, when and if an offer is made, it tends to be lackluster compared to the needlessly stringent job requirements. Many talented individuals balk at this point.”

The report said that in uncertain conditions like these, people are leery of what companies will do next. If they currently work from home and enjoy it, there is trepidation that if they move, they may be asked six months from now to come into the office on a daily basis—almost like a bait and switch. As folks become fond of remote work, the willingness to commute (and waste hours each day) dissipates at a similar rate. A large percentage of job seekers are demanding remote-work options and a sizable increase in pay, resulting in the talent shortage we see today.

Baby Boomers represent a massive segment of the U.S. population, so when they collectively decide to leave the job market, it makes waves and creates shortages. Bloomberg reported that at least 1.7 million older workers retired early because of the pandemic crisis, according to a report by the New School for Social Research’s Retirement Equity Lab.

In some cases, people have been able to take advantage of investments thanks to an unprecedented surge in equities and home values, resulting in greater enjoyment of their silver years. But retirement doesn’t always come after a windfall. A recent story in Yahoo! News said that many seniors, by choice or due to unforeseen circumstances, simply wish to stop working earlier than they ever anticipated. In fact, an online survey of 1,512 Americans conducted by Coventry Direct suggested that four out of five Boomers would rather retire at age 65 and lead a modest life than work until age 75 and live large.

According to Slayton Search Partners, it’s all part of a reshuffling of priorities brought on by the pandemic. Boomers are rethinking their finances and lifestyle, and as a result, they’re embracing retirement at a higher rate than at any point in the last decade. In fact, 28.6 million older workers reported being retired in Q3 2020 alone, a year-over-year increase of 3.2 million. With the majority of Baby Boomers moving out of the workforce by 2030, younger generations will be sorely lacking in the experience and training necessary to fill many of the jobs left behind. For those that have it, many are wondering if climbing the corporate ladder is really worth it.

The Bumpy Road Back to Normalcy

As previously mentioned, retirees aren’t solely responsible for the war for talent. USA Today reports that many younger people currently missing from the workforce simply aren’t looking for jobs because of COVID-19 worries or childcare duties. At the height of the pandemic, many women—nearly 3 million by some estimates—left the workforce to assume family duties as the foundation they relied on, notably child care and schooling, crumbled. McKinsey and Oxford Economics predict that employment among women may not return to pre-pandemic levels until 2024, two years later than for their male counterparts.

There’s no denying that the war for talent is a tough one to wage. Bloomberg reported that the depletion of unemployment benefits didn’t compel people back into the workforce, echoing several studies that showed no connection. Schools are contending with waves of the Delta variant and are temporarily shuttering as a result while childcare is facing its own labor shortage, turning away families who need care. The good news is that vaccinations are up, but mass vaccine mandates for businesses only recently become a reality.

If you’re thinking about joining the Great Resignation and quitting your job, you’re in good company. Resignations are at a 20-year high, and depending on what study you’re reading, one-third to one-half of all U.S. workers are considering leaving their jobs right now. This record number of resignations is fueled by a range of factors, from the understanding that better pay and opportunities may be readily available, to a desire to work for an organization that is more values-aligned, to the desire to have more flexibility about when and where work is done.

“Burnout is also a significant factor that’s driving employees to seek other opportunities,” said Molly Brennan in a new report from Diversified Search Group | Kaya Partners. “If you recognize yourself in any of these factors and are considering taking action, you’re likely to find yourself in a good position. The number of open opportunities has created stiff competition for talent, driving up salaries and giving candidates an advantage when it comes to negotiations.”

Meanwhile, myriad factors are keeping people out of the labor force and those will take longer to resolve, experts say. According to the Slayton Search Partners’ report, they include the large share of workers who decided to switch careers during the pandemic or retire early after a layoff, and the daunting logistics of matching millions of jobless people with millions of openings.

But the experts see the endgame for this tumultuous time in the marketplace. Economist Dante Dontonio of Moody’s Analytics was recently quoted as saying, “The labor shortages will start to abate in September and this fall, but it’s not going to be an immediate fix. This could well play out over two, three years.” He also suggested that creating and filling all the jobs that would have existed without the pandemic will likely take until the end of 2023, a conservative estimate for when worker shortages should truly be over.

“In light of these bleak conditions and unforeseen circumstances, the message is clear: The war for talent will be with us for a while,” said Mr. Slayton.