Menu
View our Events
Stay Connected:
Search firms play a big part in whether black candidates land jobs. Too often, recruiters do not reflect the diversity that the client organization is after, nor do they have the proper training, says a new report by Kelly Lewis of ZRG Partners. As a result, the fate of too many black prospects depends on recruiters “with homogenous experiences, identities, and perceptions.” 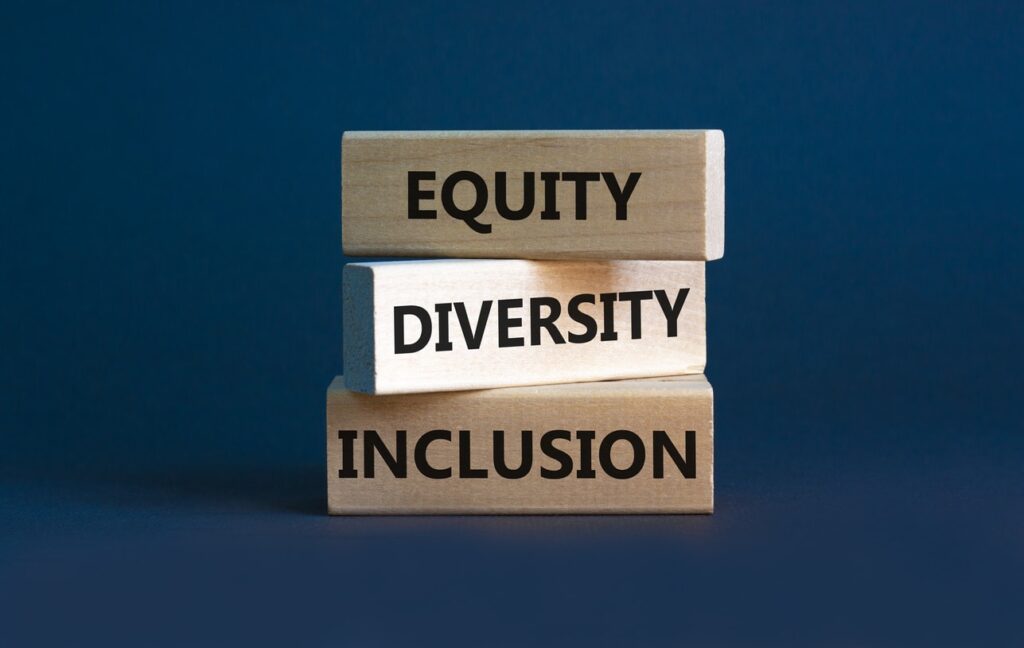 November 8, 2022 – Today, most corporate organizations divulge their desire for greater black representation. However, after years of extensive promises and modest change, data suggest that organizations’ willingness and desire to embrace black applicants is predicated on more than their ethos of inclusion, according to a new report from ZRG Partners’ Kelly Lewis. “It’s equally grounded in their external agencies’ racial palatability, especially executive search firms,” she said. “Collectively these two stakeholders hold power to determine the professional obtainment of black applicants.”

Occupying a vital role in formation of executive leadership, executive search firms can either enable candidates’ upward mobility or impede: act as gatekeepers. “Applicants, especially historically underrepresented identities, place tremendous faith in the capacity of these organizations to recognize their proven ability and potential,” Ms. Lewis said. “These entities evaluate and offer guidance to applicants as they approach the transition to senior leadership in corporations based on their perception of the applicants. Executive recruiters’ subjective views on whether an applicant is executive material may be obstructed by their racial biases and insensitivity.”

Specifically, Ms. Lewis notes that the problem lies in the fact that the definition of talent is being promulgated by search firms, which often do not reflect the diversity organizations seeks nor have the training to ensure equity. Hence classification as a talented individual and entry to opportunities that provide access to elite executive positions often falls in the hands of individuals with homogenous experiences, identities, and perceptions.

For decades research has underscored the theory of interracial discrimination within the job search and workplace. Ms. Lewis says that while executive search is a specialized recruitment service, these entities can inadvertently reproduce inequality within their organization and others. Zippia utilized its database of 30 million profiles to estimate the demographics and statistics for executive recruiters in the U.S. They found that the most common ethnicity for executive recruiters was white. ZRG Partners has seen representation growth within that same timeframe among Hispanic/Latino and Asian populations; however, black representation has begun to decline. Additionally, on average, black and Hispanic employees had lower salaries than their white and Asian peers. Though there is a limitation in the data regarding employment, Ms. Lewis notes that these discoveries illustrate the inequalities within black representation and experience in the workforce.

The Role of Executive Search

Like other organizations, many executive search firms turn to employee referrals for job openings, according to Ms. Lewis. “It’s believed that if a valued staff member advocates for someone, one can assume that the prospective candidate is, at the very least, a cultural fit, skilled, and reliable,” she said. “Unfortunately, such conduct may result in a homogenous team as people tend to associate with those most closely to themselves.”

The Survey Center on American Life found that racial segregation among Americans continues to persist. Findings show more than three-quarters (77 percent) of white Americans report their core social network includes only people who were white compared to 56 percent black Americans with social networks composed entirely of people who are also black. “Outside of the occasional workplace bonding with a co-worker of a different race, individuals mostly adhere to their geographic segregation and stay socially segregated, too,” said Ms. Lewis. “Though social segregation may or may not be intentional, its impact is profound. Limited interactions with those from differing identities limit ones’ cultural competency. Then creates a heightened sense of discomfort and criticalness around those deemed as other; while equally reinforcing a well-defined and limiting exemplar of success, often through the lens of Eurocentric standards.” 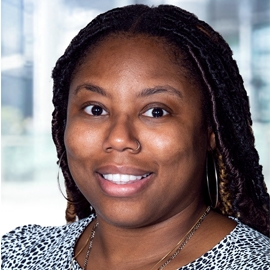 Kelly Lewis leads TurnkeyZRG’s commitment to the development of people and culture across the sports, media, and entertainment industries, focusing on the identification and magnification of talent stemming from underrepresented groups. She oversees all of Turnkey’s diversity, HR, and philanthropic searches and has placed executives at the Portland Trail Blazers, Orlando Magic, RISE (Ross Initiative In Sports For Equality), and the United States Olympic & Paralympic Committee.

Moving forward to the evaluation of black talent, Ms. Lewis explains that we must consider how the intersectionality of identity and cultural norm may: (1) inform recruiters perception of applicants’ effort and potential, (2) shape the recruiters’ perception of representation within the workforce, and (3) regulate the archetype of an executive.

“Despite the focus being on black applicants, this phenomenon impacts a broader population, often underrepresented,” she said. “When interviews take on an interracial or cross-cultural element, differences in how we act and socialize can cause misunderstandings that result in the oversight of a candidate’s experience. When it comes to the job search, we often turn to the interviewer’s assumption of a candidate based on their name, educational institutions, or lack thereof. However, there are more subtle ways in which assumptions creep into interviews with applicants.” 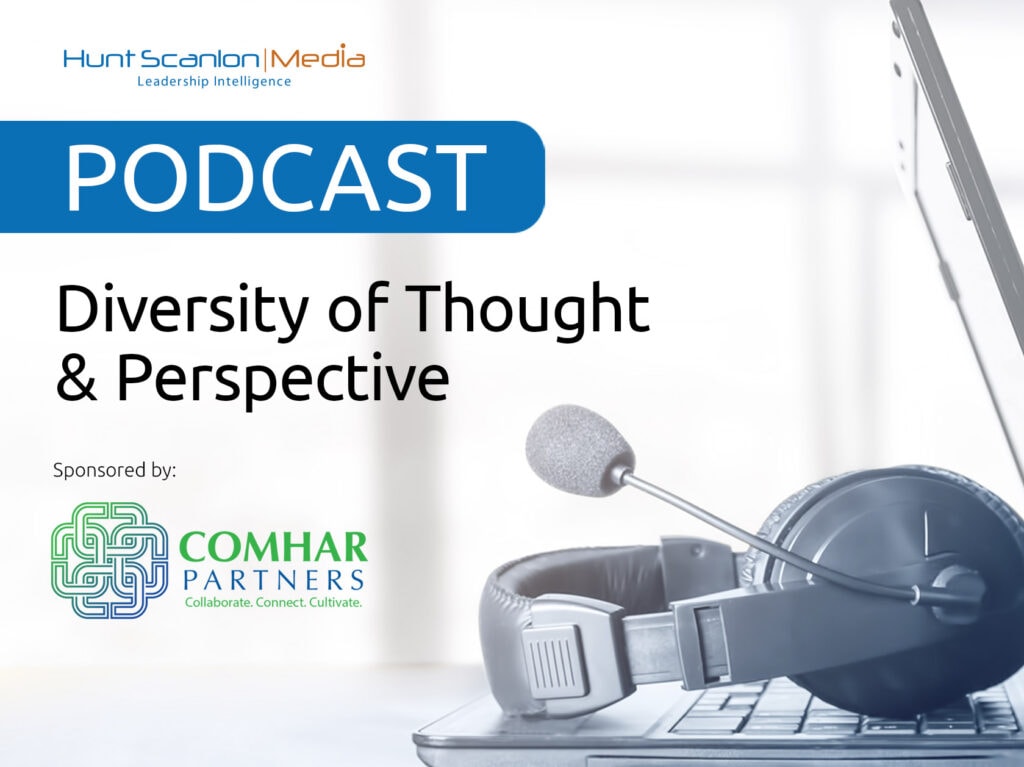 On this episode of Talent Talk’s, we are joined by Marion Spears Karr, managing director and head of the healthcare and life sciences practice at Comhar Partners. Mr. Spears Karr has over 30 years of experience in healthcare executive recruiting and talent acquisition. He brings a distinguished set of skills in leading successful recruitment teams that specialize in nursing leadership, C-level, Vice President and Senior Director-level searches. On this episode, Mr. Spears Karr shares his thoughts on a different type of diversity: diversity of thought. Marion will discuss what diversity of thought is and why all firms should consider it on top of the normal DE+I initiatives and shares how it drives value into the firm. Listen Now!

For black and other URM applications, early in an interview, assumptions regarding a person’s character, personality, and suitability can be challenged based on the candidate’s appearance, behavior, and communication style. Recent research shows that black women with natural hair are less likely to land jobs. Duke University’s Fuqua School of Business reports that black women who wore traditional black styles including afros, twists, or braids were perceived as less professional. According to CNN, this was especially true “in industries where a more conservative appearance is common,” according to CNN. Additionally, research suggests that black CEOs with baby faces were more likely to succeed. black CEOs with baby faces were perceived as being warmer, despite ordinarily not being seen as such. Additionally, they tend to have more opportunities to lead more prestigious organizations compared to their more mature-face black CEOs. These findings reveal that hiring authorities are more responsive to black applicants who present as deracialized, ultimately rendering them non-threatening.

Considering communication and behavior, Ms. Lewis points to the 1999 C.E. Elliott study that illuminated the cross-cultural communication style of ethnic groups in the U.S. “Though we know black America is not monolithic, these cultural observations were intended to generalize how black communication behavior could be misunderstood,” she said. “For example, a black woman interviewee who is rather blunt in conversation does not mean he/she is brash or inflexible. Or a black man that is very expressive and emotional does not equate to them being unstable and therefore unsuitable. Failure to understand modest differences in communication style can unintentionally eliminate a top candidate.”

Today black executives make up a tiny fraction of the C-suite in America’s biggest companies. There are four black CEOs in Fortune 500 companies, and according to the Washington Post analysis, only eight percent of “C-suite” executives are black. “As corporations continue to work on recruiting black talent and turn to outside agencies for assistance, executive search firms must rise to the occasion,” said Ms. Lewis.

To capitalize on this opportunity, executive search firms must act intentionally and swiftly. Here are some actions ZRG is committed to employing to ensure we service all stakeholders inclusively: