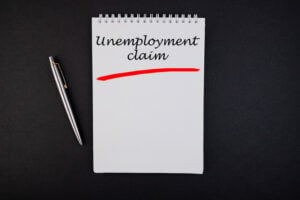 “Overall, the downtrend in filings is continuing and the level is moving closer to pre-pandemic levels,” said Rubeela Farooqi, chief U.S. economist at High Frequency Economics. “Businesses facing labor shortages are likely retaining rather than laying off workers.”

“The dog days of summer are long gone and the U.S. economy is gearing up for an acceleration in growth and activity in the fourth quarter,” said Brian Bethune, a professor of practice at Boston College. “Demand for labor is strong, but there is an issue with matching people with the jobs that are available.”

“Demand for labor is very strong and workers are in short supply, so layoffs are very low right now,” said chief economist Gus Faucher of PNC Financial Services. “The biggest problem for the labor market in late 2021 is too few workers.”

Some economists believe the economy is close to maximum employment. “Unless people start flocking back into the labor market and the labor force starts to surge, we could very likely reach that level by the end of next summer, if not sooner,” said Joel Naroff, chief economist at Naroff Economics. “That means we could see the initial rate hike by early fall. Economists are starting to forecast two rate hikes next year and that is quite possible.”

The government reported last Friday that the economy added 531,000 jobs in October, with annual wage growth the largest in eight months. The labor force is down 3 million from its pre-pandemic level, making it harder to fill the 10.4 million job openings as of the of August.