Menu
View our Events
Stay Connected:
2020 was a pause on many levels — including suspending promotions and bonuses along with much of everyday life — but the story in 2021 is decidedly different. Bidding wars between potential future and current employers have broken out, and the stress levels could not be higher. A new report by Madison Wells offers some guidance in how to meet the challenges of dealing with counteroffers. 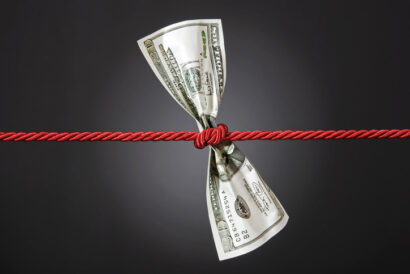 May 11, 2021 – Companies in 2021 are in a mad dash to understand the post-COVID consumer landscape and eager to hire top research and analytics talent, among so many other specialists, to help decode the way forward. But this talent rush has been made more complex by hiring challenges, particularly robust counteroffers from candidates’ employers, according to a new report by Madison Wells, a search firm which focuses on recruiting quantitative marketing professionals. “The need to invest in consumer intelligence is acute — and businesses are looking to secure top talent to chart the way forward,” said the search firm. “But employers are finding that candidates are juggling multiple options. And even when they get to ‘yes,’ they see that their new hire’s current employer is often upping the ante, creating a new kind of bidding war between the old and future opportunities.”

“Let’s begin with a simple fact: counteroffers are stressful for all concerned,” said Madison Wells. “Employers are astutely aware of today’s intense competition for talent, and well-intentioned resignees may find themselves contemplating a counteroffer they did not expect — it’s a recipe for agita.”

Madison Wells offered some tips for helping to meet the challenges should counteroffer issues arise:

Loyalty may come into question.

“If you receive a counteroffer as a response to your resignation, no matter how good your relationship is with your employer, the reality is that your employer is responding to an outside offer, and your loyalty is likely to be questioned moving forward,” said Madison Wells. “Even if your current role has room for professional growth, you will likely not be the first employee considered at promotion time. Resignation may erode the initial trust that was present and may hinder future success—which adds a hidden opportunity cost to what may seem like a good counteroffer deal.”

A counteroffer does not magically solve underlying issues.

There are often other reasons why someone may want to leave their job beyond money. “And while a counteroffer may speak to the financially oriented issues, it does not change the other circumstances,” said the search firm. “While increased pay will be an attractive option, which may compel many to accept the offer, it will not address the other underlying reasons that spurred a job search in the first place.”

Career progression may drift into the doldrums.

It may be easy to be swayed by the money, but that may obscure a critical assessment of your chances for career development and progression, which may be more personally and economically significant in the long run. “If trust between you and your employer has been impacted, you will not be as well-positioned to reap the benefits of your hard work going forward,” said Madison Wells. “Jobs require much time, energy, and dedication — it may be best to put your focus into something that will have a greater payoff down the line than to re-invest into a role that is fraught with multiple issues.”

The Rise of Counteroffers in Executive Search
With talent in short supply, it is a fact of life that your best leaders are going to be recruited away by other companies. These days, counteroffers are a key lure to keep them, according to a new report by Slayton Search Partners, if they are done strategically. Let’s explore the study and have executive recruiters weigh in on the debate!

Brinkmanship is part of the equation for some employers.

Some employers tend not to offer raises until they are pushed to the point of brinksmanship, only saying “yes” when compelled to do so by external circumstances. “In this instance, accepting a counteroffer is more about company culture and is less likely to impact career trajectory,” said Madison Wells. “However, there is likely a fair amount of disenfranchisement in an atmosphere that does not reward great work and only doles out raises and promotions when the stakes are high — this may not be a place where one would want to stay for long. If employers fail to value the talent they already have (genuinely and appropriately), there are likely deeper problems afoot.”

Related: Why Selecting a Search Firm is ‘Mission Critical’ During Challenging Times

Are counteroffers a better deal for women than for men?

Salary negotiation is difficult for most people but can be particularly tough for women. “Generally-speaking women are less likely to ask for a higher salary when offered a job and more likely to overstay at a lower-paid job,” said the search firm. “Reasons vary, but some of this stems from discomfort discussing salary and an attendant hesitancy to ask for more.”

Research shows that women may need to employ different negotiation tactics as negotiators penalize women who ask for more money during the salary negotiation process, said the search firm. “Theories abound: Some researchers surmise that perceptions of niceness and being demanding create resistance when women negotiate on their own behalf.”

A counteroffer for a woman may act as a “market correction” if she could not secure a fair market value offer initially. “The counteroffer may, in this case, be ‘righting’ a wrong but may still carry the same pitfalls that it does for men,” said Madison Wells.

Before going through an entire interview and vetting process and raising another company’s expectations, Madison Wells suggested that employees engage with their current employer and get a sense of what might be possible beforehand rather than after an offer comes. “Ideally, your boss is someone you feel has your best interests at heart and will want the best for you going forward,” said the search firm. “If not, that may be a sign that the time has indeed come to walk away.”

Related: The Importance of Candidate Referencing During the Search Process