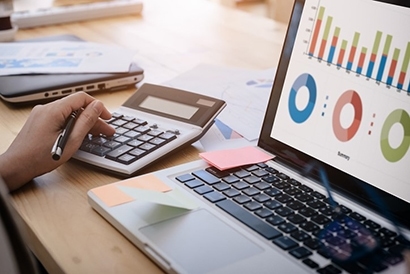 Executive search revenue declined 3.2 percent year over year, or $5.6 million, from $172.1 million last year. Revenue increased 2.2 percent in the Americas region, decreased 7.0 percent in Europe and down 18.9 percent in Asia Pacific. Growth in the consumer markets and global technology & services practices was offset by declines in the other three industry practices. Heidrick Consulting net revenue increased one percent, or $0.1 million, to $15.7 million from $15.5 million in the 2018 third quarter.

“We are pleased to be keeping pace with last year’s record revenue, despite some geographic variability,” said Krishnan Rajagopalan, president and CEO of Heidrick & Struggles. “Moreover, strong focus on our business operations has generated increases in year-to-date operating income, operating margin, net income and earnings per share, all on an adjusted basis. Cross collaboration between executive search and Heidrick Consulting continues to bear fruit as evidenced by Heidrick Consulting’s third quarter revenue growth both sequentially and year-over-year.”

In September, Heidrick acquired Brazil-based 2GET. This transaction provides the firm with a platform for Latin America growth. As a result, Heidrick recorded a restructuring charge of $4.1 million in the quarter in connection with related employee, facility and legal costs associated with the transition away from its legacy Brazil operations.

“We are also very excited about our acquisition in Brazil, which gives us a strong platform to grow throughout Latin America, where we see great opportunities for both Executive Search and Heidrick Consulting,” he said.

Heidrick recently elected Adam Warby, CEO of Avanade, as chairman of its board of directors. Mr. Warby joined Heidrick’s board in 2018 to sharpen the firm’s focus on its digital transformation. As CEO of Avanade, a joint venture founded between Accenture LLP and Microsoft Corp., he has a proven track record.

“Adam’s insights and contributions to our board have been invaluable as we have expanded our data-driven, tech-enabled capabilities,” said Mr. Rajagopalan. “As chairman, his deep knowledge of both the technology and consulting space will be hugely beneficial as we continue to enhance our client experience, tailor our service offerings and accelerate our growth.”

“Clients are looking for a trusted advisor in this fast-evolving, digital world, and I’m delighted to be taking up the chairmanship of Heidrick & Struggles at this exciting time,” said Mr. Warby. “There is tremendous opportunity in the talent and human capital solutions market, and I’m looking forward to helping the team develop its strategy and execution to provide superior innovative services, outperform its competition and grow the business.”

Wells Fargo & Company MN lifted its stake in shares of Heidrick by 162.4 percent during the quarter. It now owns 195,098 shares of the firm’s stock valued at $5,847,000 after purchasing an additional 120,738 shares during the period. Lastly, Putnam Investments recently acquired a new position in shares of Heidrick’s valued at about $3,009,000. Institutional investors and hedge funds own 92.96 percent of the firm’s stock.

A number of analysts have recently weighed in on the company: Zacks Investment Research lowered Heidrick from a buy rating to a hold rating in a research note on October 17th. Two research analysts have rated the stock with a sell rating, one has given a hold rating and two have given a buy rating to the company. Heidrick has a consensus rating of hold and a consensus price target of $40.00.

Heidrick expects 2019 fourth quarter consolidated net revenue of between $170 million and $180 million. The outlook is based on the average currency rates in September 2019 and reflects, among other factors, management’s assumptions for the anticipated volume of new executive search confirmations, Heidrick Consulting assignments, the current backlog, consultant productivity, consultant retention, and the seasonality of the firm’s business.

“Looking ahead, we are advancing important long-term initiatives that we expect will broaden our capabilities and drive growth in the years to come, while enhancing our data analytics as we focus on delivering a fully integrated premium offering to our clients,” said Mr. Rajagopalan. “Importantly, our market position and cash flow remain strong. We believe this strategically positions our company to capitalize on a variety of opportunities, which we expect will create future value for our shareholders.”