Menu
View our Events
Stay Connected:
A year-long study of hedge fund personnel moves in the U.S., Europe/U.K. and Asia by HFObserver and Solomon Page shows evidence that hedge funds are failing to measure up when it comes to diversity hiring. Among the findings, 71 percent of hedge fund employee moves during the time of the study were male, a higher share than both the broader U.S. financial services category (58 percent) and the U.S. working population (50 percent). Let’s take a closer look. 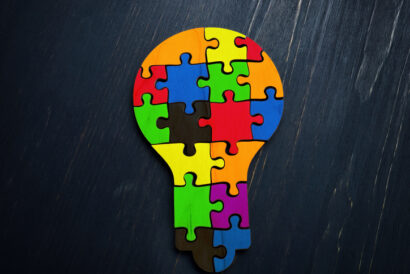 October 27, 2021 – It goes without saying that diversity, equity, and inclusion have moved to the forefront of hiring and recruiting among all sectors. Leaders across every industry have advocated to support this public movement including an increased focus in financial services, the sector with arguably the most significant inequality represented. Despite this, financial services companies, and particularly hedge funds, are not diverse. The key question is: Are they doing anything to address the disparity? To establish some benchmarks, a new reporting methodology was developed by HFObserver (HFO), an exclusive partner of Solomon Page. For this analysis, HFO analyzed over 4,300 personnel moves of full-time hedge funds professionals across three regions— U.S., Europe/U.K. and Asia. One key finding by authors Jacob Navon and Claude Schwab is that the aggregate data at the geographic, gender, race and functional role levels masked important anomalies that were uncovered by looking at the data in greater granularity.

The report found that despite the industry pushing towards greater diversity recruiting, and hoping for meaningful change, hedge fund hiring and promotions during the 12-month period studied were not aligned with this objective. Across regions, the aggregate hiring numbers suggest that employee movement remained predominantly male, homogeneous, and monochromatic. In the U.S., for example, 71 percent of all hedge fund employee moves were male, a higher share than both the broader U.S. financial services category (58 percent) and the American working population (50 percent). In Europe, 74 percent of moves were male and in Asia, 69 percent, further highlighting gender imbalance in hedge fund hiring across the globe.

Additionally, across all functions, the proportion of blacks and Hispanics represented is far lower than their representation in the population of working age adults in both the U.S. and Europe—further confirming common knowledge observations about the lack of representation these races have within both financial services and hedge fund, according to the HFObserver/Solomon Page report.

In the U.S., the HFObserver/Solomon Page report found that 65 percent of all moves were white, and in Europe, 77 percent, while Asian hedge funds hired Asians almost exclusively at 91 percent. However, Asians were well-represented in the U.S. at 25 percent and in Europe at 15 percent. 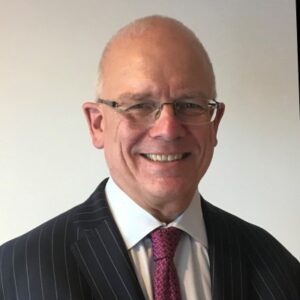 Jacob Navon is managing director and global head of the asset management executive search practice at Solomon Page. He specializes in senior-level searches in all relevant job functions within the asset management industry as well as in the wealth management and hedge fund sectors. Mr. Navon has executed a full spectrum of assignments on behalf of clients ranging from small investment boutiques and hedge funds to large, globally integrated asset management companies. In addition to single placements, he has more than 30 years of financial services experience as an investment manager and an executive search professional.

At U.S. hedge funds, the 25 percent of employee moves represented by Asians was far higher than both the financial services industry and the total working age population combined. However, blacks and Hispanics had minimal hiring or promotion activity, the report found.

“Employee moves tracked over a one-year span were generally in line with DEI patterns consistent with common knowledge perceptions about gender and racial mix biases,” the HFObserver/Solomon Page report said. “With the exception of administrative and branding/communications functions, Asians had a significant presence in most functional roles including portfolio manager, trader and investment analyst roles.”

Asia was the most favorable to female moves at 31 percent, while Europe accounted for the largest gender imbalance in hedge fund hiring across the globe, according to the HFObserver/Solomon Page report. In the U.S. only 29 percent of hedge fund moves were female, a significantly lower share than the broader U.S. financial services category at 42 percent.

Jensen Partners Launches New Platform to Address Diversity Hiring
Jensen Partners, a woman-owned executive search and corporate advisory firm for the alternative investment management industry, will launch DiversityMetrics, a software platform to combine self-reported diversity data and human capital management technology specifically designed for asset managers seeking to quantify, measure, report and improve workforce diversity and inclusion – both within their own organization and across their portfolios. The DiversityMetrics platform features a high-tech, high-touch approach that combines customizable data visualization tools with verified demographic data on more than 25,000 investment and distribution professionals, including 8,000 who identify as having a diverse background, working at more than 600 global, alternative investment firms.

“We know that the alternative investment industry has a diversity problem, and each new data point and anecdote provides added evidence that we can use to identify where the gaps are and make specific recommendations for progress on diversity, equity and inclusion (DEI),” said founder and CEO Sasha Jensen. “The power of the DiversityMetrics platform is that it allows alternative asset managers to quantify and qualify the intersectionality of race, class and gender across their workforce, and then use that data to make data-driven decisions about best practices and ensures that the slate of candidates in any given human capital engagement are richly diverse.” It is a product long overdue for the financial sector, which has had its share of diversity hiring problems for years.

When comparing specific positions by region, females were better represented in higher-level roles in Asia relative to their regional counterparts. Generally, however, the report found that investment roles trended overwhelmingly male, while administrative roles were filled largely by females. “In keeping with common knowledge expectations, portfolio managers, in addition to most higher paying roles, were predominantly male and monochromatic worldwide: white in the U.S. and Europe and Asian in Asia. Females are best represented in Asia at 14 percent,” the study said.

The report also found that gender diversity in trading was heavily skewed toward males for senior roles, while trade support roles were relatively more female. “In the U.S. in particular, blacks and Hispanics were better represented in trade support roles, yet still significantly lower than their working age population proportion,” the study said. “On average, gender and racial diversity in analyst roles mirrored DEI patterns reflected in the portfolio manager data. However, a closer look at specific analyst roles reveals different diversity patterns across regions. Asia hired a greater proportion of female investment analysts than their European and American counterparts. Females were better represented in research analyst roles than investment analyst roles.” 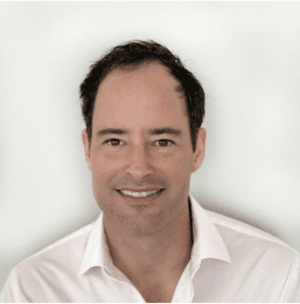 Over half (55 percent) of quantitative analyst hires in the U.S. were Asian, the only instance where a minority group is more represented than the majority. Data analysts, like research analysts, had a better representation of females than other analyst roles. Risk management roles were relatively more balanced in gender and race while software developers were predominantly male and Asian.

The aggregate movement of people in client-facing roles and suggests that it is more egalitarian from a gender perspective than many other functions. Strategy and product specialist roles trended significantly male, while investor relations-focused jobs trended significantly toward women. Marketing-focused openings were more egalitarian when averaged across the regions.

“The goal in producing this report was not only to share market insights, but also to showcase a process that can answer any questions one may want to address about hiring trends in general,” said the report. “This exclusive methodology is not limited to the hedge fund industry segment, nor is it limited to analyzing DE&I issues exclusively. Rather, it can be customized to address any trends in hiring that a given employer may want to examine.”