Menu
View our Events
Stay Connected:
A new study by Corporate Board Member and BarkerGilmore finds that three-fourths of directors would like their general counsel to express views on business strategy and take part in strategic planning, on top of their core duties as legal counselor and manager of legal risk. This outlook is even more pronounced at larger companies. 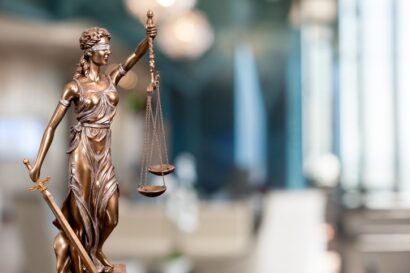 March 29, 2022 – A key position in the C-suite, the general counsel role has been elevated in the past decade, from purveyor of legal advice to one of strategic counsel. With the proliferation of risks today, the general counsel is crucial in providing the board with the information they need to fulfill their duty of care. Yet, a recent survey of 226 public company board members conducted by Corporate Board Member and BarkerGilmore reveals gaps in how boards are utilizing their general counsel in their risk oversight.

In 2016, Corporate Board Member and BarkerGilmore found that increasingly, the general counsel’s primary role was expanding beyond that of safeguarding the organization against legal and ethical transgressions to include strategic advisory responsibilities. At the time, 79 percent of corporate directors surveyed predicted that as early as 2020, one of the GC’s most valuable functions would be to advise the board and executive team on business strategy.

The prediction proved apt. Three quarters of directors participating in the January 2022 study on the GC’s value for boards reiterated that directors would like their general counsel to express views on business strategy and actively participate in strategic planning, in addition to their core responsibilities as legal counselor and manager of legal risk. This is particularly true at larger organizations, where 87 percent of directors at companies with over $10 billion  in market capitalization said they tend to seek out a more strategic perspective from their GC, compared to 61 percent among those at companies with less than $500 million in market cap.

The thinking reflected growing acknowledgement that today’s business environment is rife with risks that have the potential to disrupt operations and derail growth, according to the BarkerGilmore report. “Regulatory changes, environmental, social and governance (ESG) pressure, stakeholder activism, workforce disruption, privacy concerns, economic, and geopolitical upheaval are all areas where directors are looking to the general counsel to provide sound business counsel in addition to legal advice—to both the board and the CEO,” the study said.

Yet, the survey also found a significant disconnect. When assessing a GC candidate’s profile, only 19 percent of directors rated strategic perspective as one of the top competencies to possess. The most important competencies were high integrity (76 percent) and sound judgement (72 percent), the same top two criteria cited in the 2016 study. In fact, when board members were asked to rank the areas where the general counsel’s contributions are most valuable to directors, business strategy ranked the lowest, with only one percent of the votes.

What’s more, when asked across which areas of risk the GC’s perspective is most valuable to boards, the response was overwhelmingly skewed toward traditional legal counsel responsibilities: litigation (96 percent), investigations (89 percent), and regulatory matters (84 percent) topped the list by large margins. New risks, such as COVID-related mandates, work arrangements, workplace safety, and even contingency planning and cybersecurity, all ranked low on the list, with less than a quarter of the votes.

“Companies understandably demand rigid legal prerequisites for their general counsel,” said BarkerGilmore. “Experience enduring the challenge of a GC lacking necessary skills, consequences suffered from regulators, reputational damage resulting from internal investigations or litigation, or lost opportunity from IP are all reasons that can drive this stringency. In highly regulated industries, candidates may even be required to possess hands-on experience.”

Inside the High Demand for General Counsel Leaders

It is not easy to win a general counsel position. Key criteria must be met, often including a specific industry background. Cultural fit, soft skills and diversity considerations also come into play. And that’s just the start, say Robert Barker and John Gilmore of BarkerGilmore, which builds corporate legal and compliance teams. Let’s take a closer look.

“But cultural fit, diversity, and soft skills, which cannot be found on a resume, are equally important,” the report said. “The GC’s role is critical and requires excellence. While one wrong answer during the interview process can lead to immediate disqualification, even a red flag demonstrating a lack of judgment or ethics discovered during the background investigation after an offer is made can lead to a retraction. Getting to the finish line in the search for the ideal general counsel is a challenge, but the payoff is worth every bit of the arduous process.”

The Board’s Role in Appointing the General Counsel

The responsibility—and process—of onboarding a new general counsel has long been relinquished to the CEO. With time, however, the practice is evolving to include board participation. According to the survey, 73 percent of directors said they believe the board should be involved in the appointment of the GC, and 93 percent said the process should entail benchmarking internal candidates with an external search.

BarkerGilmore notes that these findings demonstrate that most boards do expect the GC to contribute to the oversight conversation. It, therefore, only serves directors well to ensure that this individual possesses the skills and depth of knowledge required to add value for the board, the firm said.

Yet, the appointment of a new general counsel seems to fall squarely on the CEO. While 73 percent of directors surveyed said they believe the board should be involved in the process, approximately half said it’s ultimately the CEO’s decision. The general sentiment gathered from the survey showed alignment among board members that the chair, or lead director, or the nom/gov committee should be given the opportunity to review the final candidate and provide guidance, but that as with any other C-suite officer, it is not the board’s role to select the GC.

Others argue that the choice of a general counsel has significant impact on the organization and that, for that reason, the board should be heavily involved in selecting the best individual to advise both the CEO and the board. “The GC is an important senior position in every public company with which I have been involved, and the board would always be involved in the selection and appointment of someone in that position,” said one director in the study.

“The GC is a critical part of the exec team and has to have a relationship with the board. The GC almost has a dotted line to the board and can be a source of independent advice to the BOD,” read another response, echoing the sentiment that the board chair or the chair of the governance committee should ensure the GC is unbiased and can provide the board with the insights they need.

Perhaps a challenge in splitting the responsibility between the board and the CEO is the importance of the search criteria. BarkerGilmore has conducted many surveys of CEOs and board members investigating the expectations for the general counsel. The firm notes that the insight from these stakeholders consistently demonstrates differing priorities. Where board members prioritize corporate governance and ensuring fiduciary responsibility, the CEO places emphasis on a leader’s ability to serve as a strategic advisor, helping navigate risk across the enterprise while achieving business goals.

“During the search process for a new general counsel, these different priorities are, therefore, important to keep in mind so candidates can represent skills and experiences accordingly,” BarkerGilmore said. “The board values and recognizes the importance of soft skills, such as impeccable character, communication skills, leadership abilities and grace under pressure but expects these skills to have been evaluated and confirmed by the CEO and members of the ELT throughout the interview process. Upon reaching a final round meeting with the board, the emphasis is placed on the candidate’s awareness of corporate structure and ability to support good governance.”

The survey reveals great opportunities for boards and their general counsels to improve on their relationship and expand their contributions beyond the issues of corporate governance, compliance, ethics, and regulatory compliance, said BarkerGilmore. “Deep knowledge of corporate laws and regulations are inevitably top of mind when choosing a general counsel—and unsurprisingly topping the list of skills and attributes most important for the job, according to directors,” the study said. “But for boards to derive added value from their GC, and, more specifically, the strategic insights they seek from the role, the focus may need to change.”

“GCs are no longer the nay-sayers of the company,” the report said. “They have not only evolved in their role but also in their way of looking at risk. From a generally heavily conservative perspective, they’ve now adopted a vision that includes greater risk-taking to achieve the business objectives.”

To read the full white paper, download Leveraging the GC: How the Right General Counsel Can Enhance Board Oversight, a report by BarkerGilmore and Corporate Board Member.