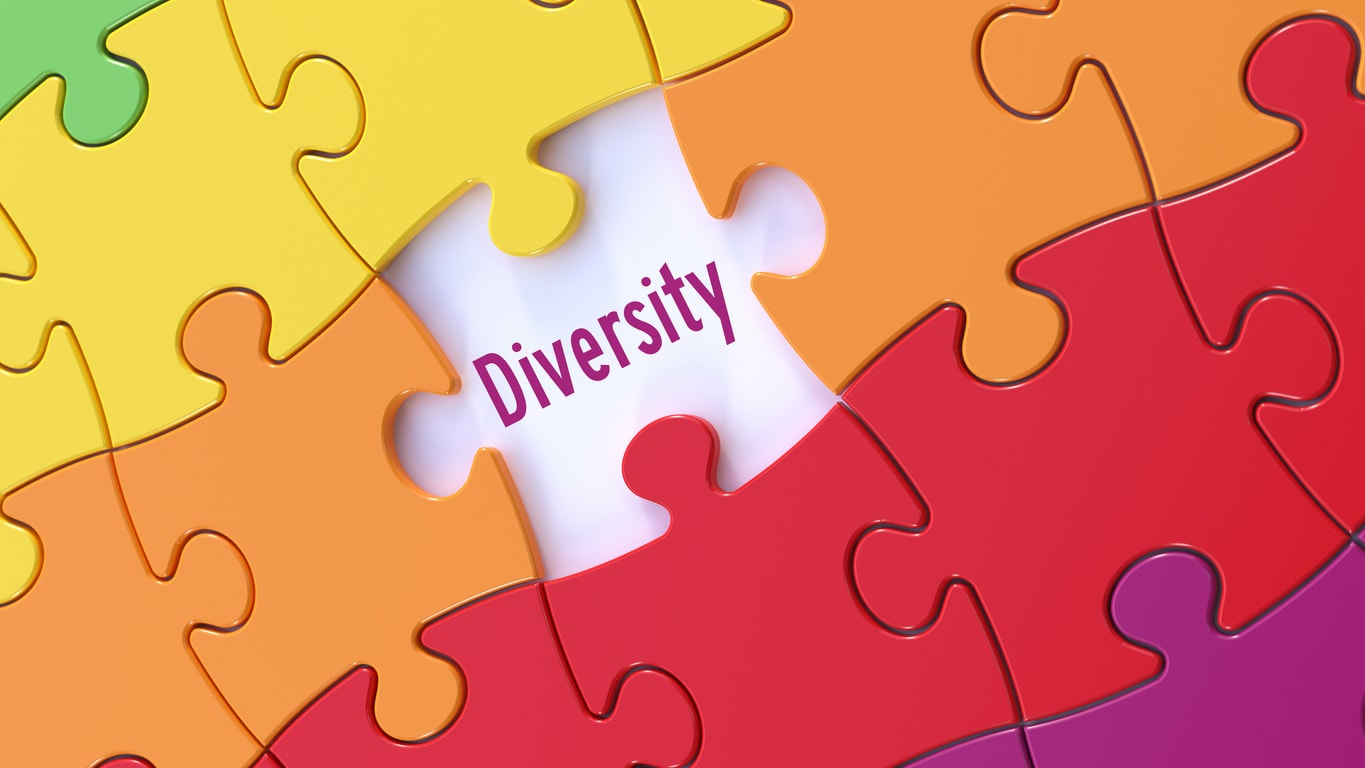 November 30, 2022 – Despite an overwhelming percentage of executives who consider diversity to be more important to their organization than it was just three years ago, the number of both women and racially and ethnically diverse CEOs among the Fortune 100 remains low at roughly one in four, according to the “Route to the Top 2022” report recently released by Heidrick & Struggles.

The firm analyzed the profiles of the 1,169 CEOs at the largest publicly listed companies in 25 markets around the world, its data reflecting the CEOs as of Aug. 14. The data was analyzed on Sept. 10.

Heidrick & Struggles’ study found slight growth in the gender, ethnic, and racial diversity of these CEOs, from 22  percent a year ago to 24 percent in 2022. Heidrick & Struggles deemed this “especially ironic” in the wake of an earlier report the firm conducted that found that 93 percent of the executives surveyed viewed diversity, equity, and inclusion as a business initiative that has increased in importance since 2020, calling it a “significant disconnect.”

“One of the key challenges boards have to manage when choosing CEOs is that there are more stakeholders demanding access, influence, and wider representation on leadership teams—seeing the CEO as the key indicator of progress, or lack thereof,” said the report. “We see slow but steady progress on the share of women becoming CEOs, as well as on the diversity brought by CEOs of a nationality other than their company’s home country and those with cross-sector experience. Over the past three years, the needle has moved with each incoming group of CEOs. Thirteen  percent of the CEOs appointed in the period between July 1, 2021, and June 30, 2022, were women, compared to 11 percent in 2021 and nine percent in 2020; out of 18 women CEOs appointed in this report’s period, seven are based in Europe, six in Asia-Pacific, three in Africa, and two in North America.”

“Substantial progress is being made in corporate DE&I efforts, but the fact remains that diversity advances among Fortune 100 CEOs is relatively unchanged,” said Lyndon Taylor, regional managing partner of Heidrick & Struggles’ CEO and board of directors practice for the Americas and an advisor on diversity, equity, and inclusion strategies. “And while the advancements women and other diverse executives have made toward the CEO role are gaining momentum, we still aren’t seeing that momentum pivot to notable increases in CEO appointments for these underrepresented groups.”

The stagnant level of diversity among Fortune 100 CEOs contrasts sharply with the rise of diverse board members in Fortune 500 companies: Both CEOs and boards had a record share of first-time appointments, but while the CEO role stayed stagnant in terms of diversity, boards were able to capitalize and increase diversity, said Heidrick & Struggles. The firm’s earlier “Board Monitor US 2022” report found record levels of seats filled by first-time directors, 43 percent, and women appointees, 45 percent, on Fortune 500 boards in 2021, while 41 percent were racially or ethnically diverse, on par with 2020.

“It’s clear there is much work to be done as boards outline their paths for CEO succession,” said Bonnie Gwin, vice chairman and co-managing partner of Heidrick’s global CEO and board of directors practice. “Based on this data, boards would benefit by focusing on development efforts for women and diverse leaders to equip them to step into CEO roles.”

Among its findings, the “Route to the Top 2022” report said that the rate of  CEO appointments held steady from July 1, 2021 to June 30, 2022, compared to the previous year—140 this year vs. 145 last year, said the report. “These figures are, however, higher than pre-COVID years, following a marked slowdown in 2020,” said Heidrick & Struggles. “Also, there are significant differences from country to country, with most showing a larger slowdown: Out of the 25 markets we study, only four made more appointments in this year’s report, compared to our last report.”

Diversity and Inclusion Trends for 2023
These days, clients care more about D&I hiring because it is the right thing to do as opposed to for financial reasons, says a new report from Sheffield Haworth.  Companies are also showing a growing determination to measure the effectiveness of their diversity efforts and find practical solutions to problems.

The study further found that more CEOs were appointed internally. “As the levels of uncertainty and volatility grow every day, many boards and companies are looking at people they know well and who know the company well for their incoming CEOs,” said Heidrick & Struggles. “This also suggests a heavier reliance on—and confidence in—leadership development to reduce uncertainty.”

There were significant differences among regions when it came to the type of appointment, said the study. North American companies made 78 percent of their CEO appointments internally, while Middle Eastern and African companies relied to a lesser extent on their internal talent pool, with 56 percent and 54 percent, respectively, of their current CEOs having been promoted internally.

At the same time, however, the study found an increase in the share of all CEOs with more varied C-suite experience. “The backgrounds of the newest appointees are different enough from their longer-serving peers that the overall balance of experience for all CEOs has shifted,” said the report. “The latest cohort brings in both more diverse C-suite experiences (experiences other than the traditional CEO or CFO experience) and backgrounds that do not include C-suite experience and instead more frequently include roles such as head of division, regional leader, executive vice president, general manager, and managing director.”

This year, Heidrick & Struggles sorted the CEOs by the level at which they entered their company. “These five groups bring different mixes of expertise to the table, and we hope this perspective will help boards and CEOs shape their CEO succession planning efforts to meet their current, and future, needs, whether they are planning for a near- or long-term succession,” said the report. These five points of entry, or the “on-ramps,” include: straight to the CEO, 34 percent; direct report to the CEO, 25 percent; long-tenured, meaning those who joined their company as a manager, analyst/associate, or intern, 18 percent; other senior leader, those who joined their company as vice president, director, senior manager, or function leader, 16 percent; and founder, four percent.

“The larger share of internal appointments suggests that more companies are focusing on their internal succession planning,” said the report. “One might assume that the majority of CEOs, or at least new ones, rose up through the ranks of their companies to develop into the leaders they are today—but that assumption is incorrect. Excluding founders, only 18 percent of the CEOs in our study are long tenured, which we define as having spent more than 90 percent of their career in their current company. In other words, for most CEOs, their current companies shaped them into senior leaders, but their early development happened elsewhere.”

“When looking at gender diversity, the group of people appointed directly into the CEO role has the highest share of women, at 10 percent,” said the report. “This suggests that many companies are still struggling to develop gender-diverse talent pools for succession planning. (There are no female founders in our study.) There are different succession patterns for each group: for example, while 38 percent of those hired straight into the CEO role had been a CEO before, the head of division is a much more common route for internal appointments.”

Heidrick & Struggles said that many companies focus on bringing an external CEO straight into the role or hiring someone as a direct report to the CEO as part of their succession planning. “But this analysis suggests that other approaches can potentially lead to more successful outcomes,” said the report. “For example, on one of the metrics of success over time, tenure as CEO, CEOs who were originally brought into the company two levels below the CEO have the longest tenure compared to all other CEOs, except founders. In contrast, CEOs who had spent 90 percent or more of their career in their companies have the shortest tenures.”

Today’s CEO needs more than ever to be ready for anything, from dealing with crises to empowering employees to navigating the changing expectations of boards and a growing range of other stakeholders, said Heidrick & Struggles. “We have seen a small but increasing number of boards looking at CEO succession through the lens of strategy and scenario planning, putting in place multiple contingencies for different contexts and time horizons, from CEOs who will retire in the role at a planned time to a number of emergency CEO succession options,” said the report

“By viewing CEO succession as a living mechanism that continuously assesses potential candidates for the top role, these boards are giving themselves the best chance of success,” said the study. “In that context, understanding the different characteristics and routes to the top for executives who start at the company at different times gives boards another lens to understand their options. Because the majority of CEOs were promoted internally, albeit at different stages of their careers, leadership development should be seen as a key instrument in shaping and retaining the necessary leaders.”

Other research the firm conducted, however, showed that among executives not in human resources, only 16 percent considered their company to be industry leading or world class at placing people at the executive level, and only 14 percent thought that their company’s executive learning and development programs and succession planning efforts are mostly or entirely connected. “Among HR leaders, less than a third say their company’s leadership development programs are mostly or entirely connected to their succession planning processes,” said the report. “This suggests that many companies have a long way to go in integrating these efforts.”

Heidrick & Struggles said it believes that integration should extend all the way to the board’s work in defining CEO roles for various future scenarios—which differ significantly by industry and region, despite the fact that global companies face many similar pressures—as well as ensuring the company has processes to build the necessary capabilities for each. “We believe that integration should start by driving CEO succession planning deeper into the organization,” said the report. “Our analysis suggests that boards that dive at least to the pool of executives two levels below the C-suite—and ensure that that pool includes people with the right mix of experience, capabilities, and perspectives—will develop a larger internal group of strong potential leaders.”