Menu
View our Events
Stay Connected:
Employers appear to be reacting to a tightening labor market by boosting wages to retain talent. Not all employees, however, are worthy of a raise. Here’s some sage career advice from Korn Ferry CEO Gary Burnison to start the week. 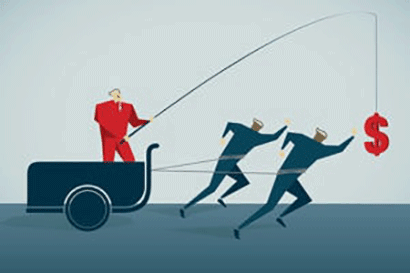 February 11, 2019 – There’s absolutely nothing wrong with asking for more money. You can be the “squeaky wheel” who gets the boss’s attention.

You just need to do it the right way.

As CEO of the world’s largest talent organizations, Gary Burnison knows a thing or two about how — and how not — to build a career from the ground up. During his 30-year professional career, including more than a decade as a CEO of Korn Ferry, the largest talent provider as ranked by Hunt Scanlon Media, Mr. Burnison has seen and heard it all.

Here, he’s identified five people likely to never get a raise. In all likelihood, you’ll probably recognize these characters too —they’re found in every department in every organization around the world.

Indirect Irene: Mr. Burnison pointed out that this individual sends the boss an email that hints about wanting to discuss something. Or, leaves a voicemail: “I, uh, want to know if we can, uh, talk about something around, you know, my last raise… Not urgent. When you have time.” But Indirect Irene doesn’t know how to have a conversation that’s about performance and not just pay. “The boss has other things to think about, so nothing happens,” he said.

Outta Here Ollie: This person wakes up one morning and decides today is the day. “With two kids in college, a mortgage, and car payments, he needs more money,” Mr. Burnison said. He marches into the boss’s office with an attitude of ‘if I don’t get a raise I’m outta here.’ That day HR starts a search to find his replacement. Ollie was indeed outta there.

Resentful Renee: Mr. Burnison said that this individual says “nothing to her boss when she gets a raise. She knows it’s the same percentage that everybody else got — except she doesn’t think she’s like everybody else,” he said. She deserves more! And she won’t do one more extra thing at work until she makes more money. Renee doesn’t last long at the company.

Passive Aggressive Paul: Mr. Burnison said that “this person complains around the watercooler about salary and bonuses. They try to spread the negativity because misery loves company.” His only comment to the boss is that, ‘I hear people are unhappy with their pay.’ But the boss sees right through it. “Paul, too, is soon gone,” Mr. Burnison said. 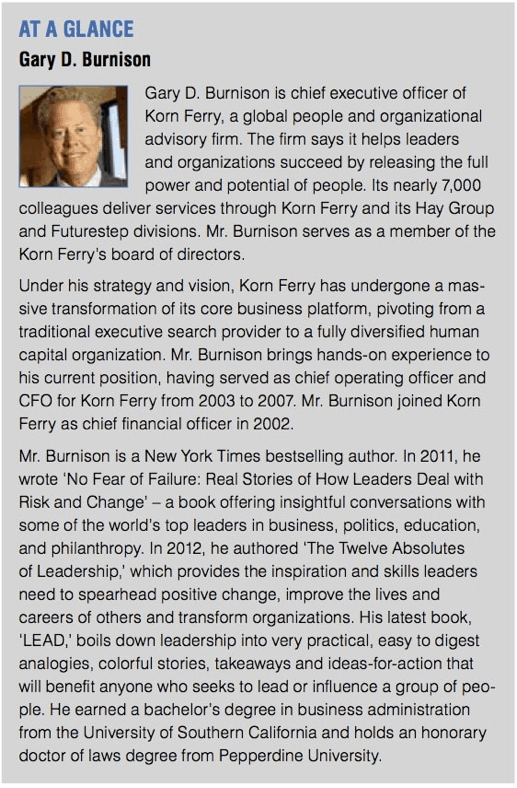 Lying Larry: “This person tries to force his boss’s hand by claiming to have another job offer with a significant raise in salary,” said Mr. Burnison. “When the boss asks to see the offer letter (companies typically do this, by the way), Lying Larry has nothing to show,” he said. “And he’s gone.”

Mr. Burnison said that what these five characters failed to understand is that how you ask is even more important than what you ask for.

“Asking for a raise is a fair conversation – there’s no reason to avoid having it,” he said. “But getting the money you want is more likely to happen if you create a partnership with your boss around improving team performance and achieving short-term goals. Then you and your boss can both end up making more money!”

This point is missed by far too many people, he noted, who just assume that they’re not getting the raises they want because the boss is stingy. Mr. Burnison continued: “Truth is, the boss just isn’t thinking about your paycheck as much as you are. But when you focus on how you can make a bigger impact, you’re putting yourself in your boss’s shoes. It’s not just about you and what you want, it’s all about the team.”

The process of asking for and getting more money is straightforward. Yet, Mr. Burnison said that so many people just don’t get it or refuse to do it. But here are his suggestions for going all in the next time you want a raise:

Related: Executives Split Between Getting Paid More or Being Promoted

“As you do more, expand your responsibilities, and learn more to further your development, it’s a natural pivot to discuss your compensation,” Mr. Burnison said. “And the way you’re knocking out those performance objectives, your boss just might be the one to start the money conversation.”