Menu
View our Events
Stay Connected:
A new compensation report by Tempting Talent shows that while those in executive search earned higher base salaries or draws, those in contingency recruitment could earn more total compensation, and more quickly. In a new podcast, Hunt Scanlon Media speaks with Jack Saxton, director of Tempting Talent, about the new study. 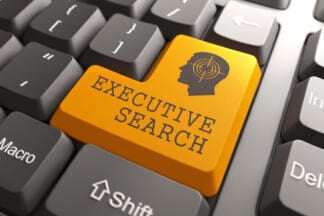 May 20, 2021 – Between executive search and contingent recruitment, there is an incremental increase in salary in relation to years’ experience, according to Tempting Talent’s USA Executive Search & Recruitment Compensation Report for 2021. “This compensation report is an important step towards making our industry more transparent,” said Ryan Cleland-Bogle, founder of Tempting Ventures, a recruitment-focused venture capital firm. “By using real-time data and collaboration across different businesses and industries we are breaking down barriers and evolving in a positive way.”

The report found that those in executive search received higher base salaries or draws, averages of total compensation and percentage of take-home pay as bonus or commission, compared with individuals in contingent recruitment. Contingent recruiters, however, had the ability to earn more, more quickly, as total compensation than those in executive search. The only anomaly seen in the results was the reduction in bonus as percentage of take-home pay for those with 11-plus years’ experience in recruitment, which fell by nine percent compared to those with six to 10 years’ experience. The figures combined findings for both executive search and recruitment. When looking at the relationship between salaries and total compensation against performance, the Tempting Talent report again observed an incremental increase in base salary, but a non-linear increase in total compensation.

In looking at figures for gender and base salaries in executive search and contingent recruitment across the U.S., Tempting Talent found an overall gap of 15 percent. The average compensation for males was $106,411, compared to just $90,063 for females. But this was only an average and did not provide a holistic insight into the whole industry. Tempting Talent’s survey uncovered inconsistencies across all performance levels, showing that more needs to be done to abolish the gender pay gap. The data suggested a need for employers to revisit their compensation packages to ensure more uniform offerings when looking at base salaries and increases linked to performance, but particularly, to eliminate the “glass ceiling” faced by the highest performing women.

In seeking to highlight any gender pay gap differences in comparison to performance, Tempting Talent considered the findings of its survey in relation to base and total compensation vs. the total billed by both male and female professionals. An average base salary or draw of 19 percent less for women than men was apparent and a total compensation averaging 22 percent less was reported for women compared to men. These findings could suggest a greater challenge for women working to establish a career in recruitment, said the report. There was also evidence of an increasing disparity in pay as performance levels increase. The pay gap appeared to be at its highest (23 percent) for those in the $1.5 million to $3 million category, indicating a tougher challenge for the highest billing women, compared to men who performed equally as well. Tempting Talent did notice an inconsistency and a gap of –13 percent (meaning compensation was more favorable for females) in those in the $750,000 to $1 million group, but this was the only significant variant observed amidst a trend of males typically earning more than women based on performance.

When looking at compensation in regard to location, the respondents of the Tempting Talent provided some distinct differences. The survey listed the locations by the ratio between total compensation and cost of living. It was not surprising to see Houston as having the best cost-of-living to earnings ratio, and New York and San Francisco having the worst. What was interesting was to see that Austin, TX although fast growing and with a lot of opportunity, had the third worst cost-of-living to earnings ratio which indicates that the cost of living must have quickly caught up with the influx of technology recruitment opportunities in the city. It was also interesting to see that Los Angeles is the second ranked city, which may be due to professionals having a low-cost of living whilst recruiting high value roles in the Bay Area.

Tempting Talent’s report revealed that financial services was the most lucrative market for both executive search and recruitment professionals. This could be due to financial services being one of the most established of industries, with comparatively the highest number of earners. Tempting Talent concluded that six of the top 10 take-home pay salaries were in financial services. Life sciences was noticeably lower, which the report attributed to a couple of factors: Many life sciences recruitment businesses are located in lower cost of living locations or operate remotely, allowing for a lower cost base when it comes to take home pay. From experience, Tempting Talent also feels that a fiercely competitive market for experienced talent in this space has led to higher staff turnover and lower tenure than in financial services, which means there is less time for “baked in” performance within these recruitment and executive search businesses. Tempting Talent found a consistent correlation between a rise in average basic salary or draw for each market and the average total compensation. The only exception to the rule was in healthcare where the overall compensation was slightly lower in relation to the average salary.

Related: Executive Recruiters Get Back to Business

Permanent and contract recruitment offer considerably lower base salaries on average, than those in executive search and consulting sales. Tempting Talent’s report supported this, and highlighted that consulting and project sales roles have the potential for better earnings probably due to the complexity of the work involved; plus, overheads such as onboarding and payroll, drive up the cost of the service and subsequently the compensation within it. Similarly, executive search often takes a much higher percentage of completion fee than contingent recruitment. But, despite being in second position for the highest average base salary or draw, executive search stood out as the role in which total compensation was by far the highest. The average overall take-home pay for professionals in this area was more than double their basic salary and therefore far higher than those in project or consultancy roles who earn the best base pay.

As part of the total compensation package, Tempting Talent included insight into the health coverage offered by employers. Just eight percent of respondents said that they lacked health insurance and the likelihood is that these were contractors and/or those with draw salaries. Sixty-eight percent of respondents reported having full coverage and this is fast becoming the norm, suggesting that employers need to offer full health insurance to attract talent, and candidates should not be afraid to ask for this benefit when negotiating a package.

As another important part of an overall package, respondents disclosed that only 20 percent of talent entering the search and recruitment industry are offered a 401k option. This should therefore be a further consideration for businesses aiming to attract the best new talent, said the report. When considering 401k against performance, the report showed that the lowest performing individuals were also those least likely to be provided with a 401k option.

Tempting Talent was also keen to uncover information on respondent’s paid time off (PTO) and found that the overall average was 18.7 days. Perhaps unsurprisingly, the study found that those with the least number of years’ experience (less than five) got the least PTO (17.8 days) but that those with 11-plus years’ experience averaged 0.2 days less PTO than those with between six and 10 years of experience. Fifteen percent of respondents claimed they are given unlimited PTO which may be a reflection of the technology and life science hiring cultures bleeding into recruitment and search companies which operate in those markets.

Just eight percent of Tempting Talent’s respondents were office based, with 58 percent working completely remotely. Thirty-four percent said that they had options surrounding where they are based. An increasingly popular benefit for employees across many industries is equity and stock options.

Tempting Talent’s compensation report illustrated that it is still relatively uncommon for the majority of executive search and contingent recruitment professionals to be offered these benefits, but those with six-plus years’ experience were the most likely to be offered some form of shares. There was no evidence that greater experience levels (those with 11plus years) were any more likely to receive benefits in the form of equity and stock options. Tempting Talent did however find that professionals in search firms were likely to be offered more equity than those in contingent recruitment.

When looking into the maternity and maternity pay of executive search and recruitment professionals, Tempting Talent’s report found that 56 percent of women were offered enhanced maternity, as opposed to 38 percent of men, which is a point of consideration for employers wanting to instill and promote equality across their businesses. Taking the 56 percent of women from the survey results, and equating it to the number of female staffing professionals in the U.S. — which is stated by data provided by LinkedIn Talent Insights as 449,900 – then almost 198,000 women did not have an enhanced maternity option. This is an imperative issue which needs to be addressed by employers and the industry as a whole moving forward