Menu
View our Events
Stay Connected:
The year started optimistically with most search firms forecasting continued growth in 2020. Then came the COVID-19 pandemic. In a new report, software developer Thrive analyzes searches across industries and functions for the second quarter. “Recovery could be closer than we think,” says the firm, with a degree of caution. 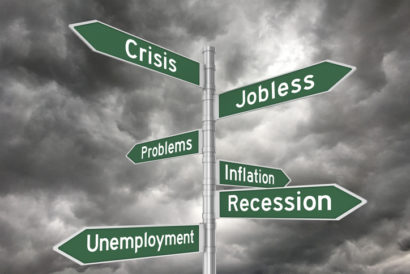 August 18, 2020 – Like industries across the country, and the world, executive search was devastated by the initial impact of the COVID-19 crisis. But a newly-released Q2 report on the industry by recruitment software developer Thrive suggests that recovery may be closer than many people expect.

Early on in the crisis, one Thrive survey revealed that nearly 80 percent of executive search leaders said they anticipated no growth for the remainder of the year. By the end of the first quarter, Thrive’s executive search data validated that outlook: In the last week of March, canceled and held searches increased by a breathtaking 766 percent and 340 percent, respectively.

“However, as we examine data from the second quarter, it seems that recovery could be closer than we think,” said Reed Flesher, co-founder and head of product of Thrive, which develops software for recruiters and talent executives. “Opened searches — the most important financial indicator for executive search — surged in June and completed searches could soon follow suit. Many industry leaders we’ve spoken to say the search cycle seems to be moving more efficiently, despite unprecedented working conditions.”

In the new report, Thrive analyzed searches across industries and functions for Q2, focusing on four key performance indicators: opened, held, canceled and completed executive searches. These metrics can be adapted to both external and in-house executive recruiting functions.

“To our surprise, the results exceeded that expectation when opened searches soared 13 percent YoY in the last month of the quarter. This metric is an early, but important, indicator of a possible recovery, as it shows companies are ramping up executive hiring after months of slowed activity.”

Completed searches, however, have yet to see such a rebound. Though the metric did increase every month during the second quarter, Thrive said, the year-over-year results have not been improving at the same rate as opened searches.

“This isn’t necessarily troubling as there are a handful of factors at play,” said Mr. Flesher. “First, with fewer searches opened earlier on in the quarter (-40 percent in April and -35 percent in May), there were simply fewer searches to close.”

“Similarly, drastic increases in held and canceled searches had a big impact on driving down the number of completed searches,” he said. “As these metrics continue to level off as we observed in the latter half of the quarter, completed searches should continue trending back up towards average levels.”

10 Tips for Networking with Executive Recruiters During COVID-19
Now more than ever, search firms can be a great help to professionals seeking a new role. The key is to come prepared, says Dave Westberry of BridgeStreet Partners. Be genuine, have a polished resume, and be knowledgeable about the recruiter you are approaching. Others search leaders chime in as well from Bowdoin Group, NPAworldwide, and Frazier Jones.

Also, Thrive found that both hiring teams and candidates felt overwhelming uncertainty earlier in the quarter, which was clearly an influencing factor.

“The good news is that we seem to be on the right track,” said Mr. Flesher. “Opened searches have surged, held and canceled searches are at acceptable levels, and the initial shock and uncertainty has lessened across the board. This could very well lead to the bottom funnel filling out in the coming months.”

In general, the variation between function performance in opened and completed searches shows that certain roles have persisted, said the report. Companies continue hiring for roles they deem critical, and Thrive said it is inclined to label the mid- and high-performers as pandemic-resilient.

“Opened and completed searches for financial services, healthcare and life sciences, and business services outperformed the quarterly average — which in our current environment certainly makes sense,” said Thrive. “Technology and telecommunications landed in the middle, with opened searches being on the lower-performing end of the spectrum and completed searches on the higher end.”

Opened roles in entertainment and retail industries performed +15 percent and +0 percent year-over-year, respectively. “While more searches were opened, completed searches fell below average for Q2. It’s possible these outliers even out in early Q3 as we’ve seen completed searches lag behind,” said the report.

During roundtable discussions in April, leaders in executive search reported exploring adjacent industries if their usual industry focus had been more negatively impacted. “For executive search firms, a pivot is possible as long as they don’t completely change lanes, as many roundtable participants warned,” said Thrive. “For in-house executive search teams, a similar sentiment can be applied to higher performing regions of the business overall.”

“In either case, diverting recruiter resources to industries and functions that are performing well may be a wise game plan until your typical business rebounds,” said the study.

Just as opened search trends revealed the first signs of devastation for executive search, they’ll also be the first to show us a sign of a recovery, said Thrive. “The year-over-year delta improved each month throughout Q2, leading us to believe a rebound may have already started to occur,” said the report.

The year-over-year delta began to shrink in May (-35 percent year-over-year); by June, opened searches soared 13 percent above 2019 performance. “This is an especially promising sign because the summer months are typically slower for executive search overall,” said the report.

The COVID-19 Impact on Executive Search
The COVID-19 pandemic has had an impact on every business sector, executive recruiting included, costing organizations billions of dollars in lost revenue. Goldman Sachs estimates that economic growth around the world will be zero in 2020 thanks to the virus. To many, even that seems grossly underestimated. But the coronavirus is causing far more than just financial damage. Leaders are scrambling to secure supplies, trying to keep fearful employees motivated to work and, in some cases, maintaining bold strategic plans that have been years in the making from falling apart.

Low performers fell below the quarterly average at least two months of the quarter. Most low performers faced rough months in April and May, but saw an uptick in June, said Thrive. In fact, CIO/IT and services roles exceeded the number of opened searches in June 2019 by 31 percent and 40 percent, respectively.

All low performers, including travel and hospitality, improved month-over-month throughout all of Q2. “Opened searches are key to monitoring a real rebound, and the end of Q2 revealed we are definitely headed in the right direction,” said Thrive.

Still, the bottom funnel lagged behind in Q2. “While completed searches improved MoM from April through June, the YoY delta has not been closing at the same pace we observed with opened searches,” said Thrive. Completed searches, in fact, were down 27 percent year-over-year in June.

Second, in April 40 percent fewer searches were opened compared to March. “With a lower volume of new searches being opened, as well as the influx of pre-COVID searches being put on hold or canceled, there were simply fewer searches to complete,” said the report. “And lastly, even for searches that have remained active, client and candidate hesitancy to move forward lingered.”

To claim recovery, the software developer said it would like to see the search industry hit certain levels. “In 2020, Thrive’s data shows the average search cycle—from opened to completed—is 20 weeks,” said the report. “With that timeline in mind, opened searches will need to sit at or above the weekly average for 20 weeks in order for completed searches to catch up.”

“In short, the pipeline of average weekly opened searches recovered to above normal levels at the end of June,” said Thrive. “If this level of opened searches per week can be sustained at current levels, we could see a full and sustained rebound in the number of completed searches as early as November.”