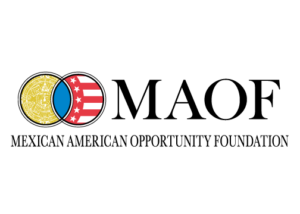 April 11, 2022 – Pasadena, CA-based search firm Envision Consulting recently placed Ciriaco Pinedo as the new CEO of the Mexican American Opportunity Foundation (MAOF), one of the largest non-profits in California. He replaces Martin Castro, who recently retired after 21 years in the role. “We are thrilled to have Cid Pinedo at the helm, not only for the breadth of experience and perspective he brings, but also because he embodies the values, heritage, and history of MAOF,” said Anita Quiñonez Gabrielian, board chair. “On behalf of the board and the 875 dedicated employees of MAOF, we are grateful for the incredible legacy that Martin Castro has left and look forward to welcoming Cid as our new CEO.”

As a respected executive and educator with over 20 years of experience in non-profit, government, academic, business, and religious organizations, advocating and serving under-resourced communities, Mr. Pinedo was most recently CEO of the Children’s Fund, which serves children experiencing poverty, abuse, and neglect. Before that, he was president of the Hope Through Housing Foundation, COO of the National Community Renaissance, and associate superintendent of business services and economic development for Chaffey Community College.

Mr. Pinedo is an active and well-known volunteer and advocate for the community. He serves on the boards of the Los Angeles County Fair Association Corp.; the Riverside Art Museum – Cheech Marin Center for Chicano Art, Culture and History; and the Luminarias Mental Health Services Institute. He is also a commissioner for the San Bernardino County Housing Authority and a member of the Funders Alliance of San Bernardino.

“As the son of Mexican immigrants and a first-generation college graduate, I feel it is my personal obligation to provide access and support to anyone who lacks the resources to actualize their future story,” said Mr. Pinedo. “As CEO of MAOF, I am very honored to work with the board, staff and all levels of the community to effectuate transformational change for families in California.”

The Mexican American Opportunity Foundation is a non-profit, state-wide community-based organization that was established in 1963 by founder Dionicio Morales to serve disadvantaged individuals and families in the Los Angeles area. MAOF is one of the largest family services organizations in the U.S. The non-profit looks to provide high quality social services and programs to diverse communities where the need is the greatest.  It operates in seven California counties with over 60 service locations and over 900 employees. The annual budget exceeds $120 million.

Envision Consulting is a minority-owned firm specializing in executive search, organizational strategy, merger exploration, and executive leadership transitions. With offices in New York and Los Angeles, its partners and consultants are former non-profit executive leaders who now use their collective experience and inspiration to uplift non-profits and the communities they serve. Envision Consulting’s commitment to diversity, equity, and inclusion is integrated into its practices, including inclusive surveys and stakeholder interviews, focus groups, structured hiring processes, and a focus on anti-biased decision making.

Envision Consulting was founded by Matt Kamin and Allison Fuller in 2006. Mr. Kamin, managing partner, has been working and volunteering in the non-profit world for over 18 years. He previously served as executive director of Palisades Emergency Residence Corp. in New York, Children’s Nature Institute in Los Angeles, and Los Angeles Youth Network in Hollywood. Mr. Kamin has also been a consultant to organizations serving populations ranging from disabled adults, domestic violence, children in non-public schools, and the geriatric community. He is co-founder of Youth for Charity, an organization bringing together teens of different faiths to raise awareness for families living in poverty, as well as founder of Eleventh Commandment, which has grown into JQ International.

Ms. Fuller, managing partner, has worked in the non-profit sector for more than a decade. Her interest in non-profits began as a volunteer, leading her to co-founding her own charitable organization. In the non-profit sector, she has held numerous staff and executive leadership positions, including executive director. As a former escrow officer, Ms. Fuller brings extensive planning and logistical experience into overseeing many aspects of management organization, contract administration, strategic planning and operations. In addition, as a graphic designer and web marketer, she brings in unique talents to non-profits, expanding resources and efficiency while substantially increasing fundraising revenues. She also has a passion for helping youth and has worked with several major non-profit organizations, including Autism Speaks, YWCA, and Step Up Women’s Network.