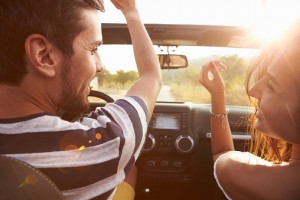 Mr. Burgess most recently headed up the business aspects of the non-profit Smithsonian Folkways Recordings and brings a unique set of qualifications for guiding A2IM’s growing membership as Independent labels step into prominent leadership roles within the music industry.

For the past decade, he has served as an adjunct professor at Omega Studios’ School of Applied Recordings Arts and Sciences in Rockville, MD. He has also authored two widely-used text books on music production, began his career as a musician, artist, songwriter, and producer, and is recognized as an innovator in the electronic music field.

“This search called for a unique, diverse set of leadership skills: experience generating business in the indie space, first-hand understanding of indie labels’ needs, a strong command of current rights debates, and comfort with both digital partners and the artist community,” said Mr. Mills, founder and chairman of Beggars Group, a member of A2IM. “Burgess’s wide range of credentials made him stand out.”

“The greatest surprise was helping the A2IM board uncover what a good job they had done with succession planning – there was amazing talent in the company and on the board,” said Mr. Celentano. “Richard – already in their midst as a board member – had been an artist, a successful producer, a published thought leader, and an executive running Folkways Recordings for the Smithsonian. Driving forward with an objective holistic search process helped the board come full circle and recognize the unique set of credential in Burgess.”

“A2IM has hundreds of non-label associate members in the music business ecosystem including companies like Pandora, Google and others,” said Mr. Celentano. “Because of this diversity, the client was really looking for a purple squirrel – someone who understood the business from the point of view of labels, artists, distributors, tech companies and more.”

Mr. Celentano specializes in VP through C-level assignments in a number of sectors, including entertainment, technology, services and consumer products. He had previously worked with the founding board of A2IM to help them hire their first president over 10 years ago.

“Technology experience and data savvy-ness, along with a keen sense of consumer behavior and exemplary leadership acumen, have become increasingly sought after in the candidates we’ve been asked to seek out in the entertainment business over the past decade,” said Mr. Celentano.

Check Out These Related Articles On Searches for the Music Industry: