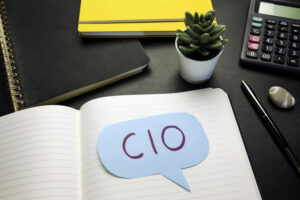 July 16, 2021 – The California Public Employees’ Retirement System (CalPERS) has selected Dore Partnership to lead its search for a new chief investment officer. CEO Marcie Frost expects to start the search process at the end of July or early August, conduct interviews in late summer and fall, with final selection of a CIO in fall or early next year, she said at Wednesday’s virtual offsite meeting of the California Public Employees’ Retirement System, Sacramento.

Filling out the target timeline, Crawford Torell, a principal at Dore Partnership, said that Dore Partnership executives expect first round of candidate interviews by a sub-committee in September with a selection in early to mid-December. “We only put early to mid-March as the candidate joining CalPERS as we know from experience that there are non-competition periods that can range from one to six months,” Ms. Torell said.

According to Pensions&Investments, Dore Partnership recently presented the board with five CIO criteria: relevant investment experience, leadership, communication, fitness for public role and a sense of mission. Dore Partnership executives told the board that their data analysis showed that top performing CIOs at other funds had been internal candidates.

Rich Hutton, a partner at Dore Partnership, who leads the firm’s engagement with the global asset management community, noted that 48 percent of asset owners CIOs whose plans earned a five-year annualized seven percent rate of return or more had been promoted, with the remainder being external candidates. Dore Partnership’s data showed that the average tenure of the organizations with returns of an annualized seven percent return was 5.1 years. “Putting these two data sets together … it is clear that continuity is one of the key drivers” of investment performance,” said Mr. Hutton.

For more than eight decades, CalPERS has built retirement and health security for state, school and public agency members who invest their lifework in public service. Its pension fund serves more than 1.7 million members in the CalPERS retirement system and administers benefits for nearly 1.4 million members and their families in its health program, making it the largest defined-benefit public pension in the U.S.

Dore Partnership is a global specialist executive search and consulting firm. Mr. Dore is the founder of Dore Partnership, based in New York. He originally founded the firm in London in 1997, opening the Hong Kong and New York offices in 2004 respectively, and relocating with his family to New York in 2007. Mr. Dore has spent his career advising companies on succession planning, retained executive search at senior practitioner, C-suite and board levels, and transformation management across industries and functions.

According to recruiters specializing in the function, demand for executive level, “high impact” investing talent has been on the rise, and that demand is expected to soar in coming years. But recruiters say these roles can be generally difficult to develop and ultimately recruit for clients, given their multi-disciplinary and evolving nature. In fact, impact investing roles are new to many organizations, they report.

“It is no secret that demand for high quality CIOs across the asset allocator spectrum, including endowments and foundations‎, corporate, public and state plans, has increased significantly over the last five years as expectations regarding performance has ratcheted up post financial crisis,” said David Barrett, managing partner of David Barrett Partners, a boutique specialist search firm which recruits senior and C-level professionals for the investment and wealth management sector.

“Recruiting top talent in our space has always been challenging and, even with the ongoing advances in technology and proliferation of third-party candidate databases, it will not get easier,” said Mr. Barrett. He noted that pay was a key factor; successful professionals are paid well throughout the sector, he opined, giving little incentive or reason for them to consider moves elsewhere.

“In an increasingly competitive marketplace, the challenge for recruiters in this space will be to demonstrate they have the relationships, market credibility, and industry knowledge to not just serve up candidates, but to deliver the right candidates,” he said.

“Demand for CIOs in alternatives, especially real assets, is on the rise as firms take the lead from investors increasingly seeking assets with lower correlation to the stock and bond markets and higher returns,” said Maria de Rossi, a partner at Odgers Berndtson, who specializes in financial services with a focus on alternative asset management, investment banking and private equity.