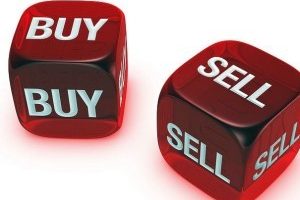 June 26, 2015 – Shares in Canadian-based search firm Caldwell Partners International skyrocketed 41.5 percent yesterday amid unusually high trading volume and takeover rumors. More than 500,000 shares of the company’s common stock traded hands before a temporary suspension was imposed by Toronto Stock Exchange regulators late in the afternoon. Shares reached $1.84 per share, up 54 cents from $1.30 at the start of the day.

Caldwell Partners issued a statement after the markets closed reporting that it had “no knowledge of any material change in the affairs of the company which should cause a change” in its stock price. The company also said that it was “not aware of either the party or parties acquiring the shares, or the party or parties selling them.”

“The likely party acquiring the shares is DHR International,” said Scott A. Scanlon, founding chairman and CEO of Hunt Scanlon Media. “It is purely speculative, these are early hours, but everything points to DHR.” Mr. Scanlon said the acquisition of shares would make DHR the third or fourth largest shareholder in the Toronto-based executive recruiter.

It was just three days ago that Chicago-based DHR, the sixth largest U.S. search firm, struck a deal to acquire 17 offices and 250 employees of embattled rival CTPartners. That deal, which gives DHR a core group of European and U.S.-based search professionals, could potentially add $75 million in revenue, according to an analysis by Hunt Scanlon. “A deal for Caldwell could add another $50 million to DHR plus the largest Canadian platform of any executive recruiter,” said Mr. Scanlon. An enlarged global footprint would allow DHR to more effectively compete head-to-head with industry leaders Korn Ferry, Egon Zehnder, Russell Reynolds Associates, Spencer Stuart and Heidrick & Struggles for multinational client accounts.

“Canada has been somewhat overlooked by American recruiters,” said Mr. Scanlon. “But it is one of the most important global talent markets and that makes this a highly strategic acquisition for DHR.” According to Hunt Scanlon, the Canadian market accounts for annual recruiting fees exceeding $150 million-plus. The service sector dominates Canada, which includes leading companies in aerospace, financial services & banking, oil & gas, logging and automotive. “If DHR is looking to increase its presence in Canada, this would do it in a quick way,” said Jay Rosenzweig, president of Toronto-based global search boutique Rosenzweig & Company.

Caldwell Partners, No. 9 in this year’s Hunt Scanlon search firm rankings, has a market capitalization of $39 million. “Caldwell is the fastest growing top 10 search firm in our rankings,” said Mr. Scanlon. “In the Canadian market, Caldwell is the clear market leader.”

Osprey Capital LLC, a family office/private equity firm that owns DHR, quietly built a substantial stake in CTPartners as its share price plummeted over the course of several months earlier this year. Osprey is said to have $1 billion in assets under management and the company has previously disclosed its intent to make additional investments in the recruitment space this year. In addition to DHR, Osprey owns JobPlex, a customized talent solutions firm that complements DHR’s senior-level search business. In its investment dealings, DHR is working with Meisrow Financial Inc. as its financial adviser and Thomson Coburn LLP as legal counsel.

Managing Through the Great Resignation and Reshuffle