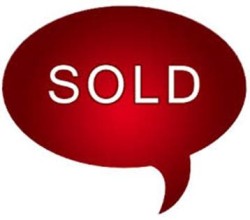 June 23, 2015 – DHR International has agreed in principle on non-binding terms outlining the acquisition of selected assets of CTPartners in a transaction reached with CTPartners’ lenders. The negotiations bypassed the special committee of CTPartners’ board of directors when direct talks between the two companies broke down on or about June 17. The special committee was formed several months ago to evaluate ‘strategic alternatives’ as the company’s share price plummeted and mass defections of its executive recruiter consultant ranks followed.

CTPartners acknowledged in a statement released last night that its financial condition has “continued to deteriorate as consultant departures have continued through the second quarter of 2015.” The company also acknowledged that DHR’s offer falls short of its financial needs and that the transaction would “not likely be sufficient to satisfy all of the company’s obligations to its lenders and other creditors.” Therefore, CTPartners expects to make its final payroll a week from today, June 30, say those familiar with the company, and wind down its remaining operations. The company could seek bankruptcy protection as early as July 1. In after hours trading shares in CTPartners were trading down 95 percent at two cents per share.

The complex transaction that DHR has cobbled together is estimated to add 17 CTPartners offices and 200 to 300 of its employees worldwide to DHR. Under a current term sheet hammered out by DHR and CTPartners’ lenders, two U.S. offices, Redwood City and Cleveland, would be joined by one office in Dubai and 14 offices spread across Europe, including an important number from Eastern Europe. Hunt Scanlon estimates the deal would add $75 million to DHR’s top revenue line and give it the global footprint it has been seeking since Geoffrey Hoffmann, the firm’s CEO, assumed his post nearly three years ago.

“We’re very excited about welcoming CTPartners employees and clients to DHR,” said Mr. Hoffmann. An extensive due diligence process was undertaken over a period of weeks by DHR and its investment advisory team and, according to Mr. Hoffmann, more than 200 phone calls between employees of both firms ensued. “Through our diligence, it became abundantly clear that the combined organization will be better able to serve clients in the unique culture that has propelled the success of both companies for so many years: client service, collaboration, an entrepreneurial and team-based approach with a global reach.”

If the acquisition is completed, according to an analysis by Hunt Scanlon, DHR International will end up with 70 worldwide offices, more than 1,000 employees dedicated to providing senior-level executive search, management assessment and succession planning services, and global revenues topping $250 million in 2016.