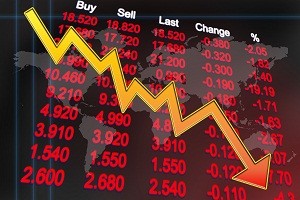 June 18, 2015 – Shares in executive search firm CTParnters sank another 17 percent yesterday, dropping to a new low of $1.51. The once high-flying executive recruiter traded at $23.75 just a year ago. Volume was relatively light with 469,000 shares trading hands, about double the typical trading volume average for the company. CTPartners, one of only a few publicly-traded search firms in the U.S., has dropped 80 percent in value in the last year. The company’s downward spiral began earlier this year when the tabloid newspaper, The New York Post, broke a story that alleged accusations of sexual discrimination bias at the company and a reported investigation by the EEOC into discriminatory actions made by some members of CTPartners’ senior management team, including its chief executive, Brian M. Sullivan. The value of shares in the company has deteriorated ever since.

CTPartners has seen a massive wave of departures from its ranks, including a large percentage of its management team, since January. Many of its top revenue producers have gone to rivals, including Korn Ferry, DHR International, Russell Reynolds Associates, Heidrick & Struggles, Caldwell Partners, Odgers Berndtson, Barrett Partners and Sheffield Haworth. A number of other executive recruiters from the company are in talks with competitors.

CTPartners was approached by DHR several months ago, which expressed serious interest in acquiring the full equity of the company. CTPartners rebuffed those overtures. CTPartners’ board representatives said several weeks ago that they would, in fact, explore the DHR acquisition offer as the company’s consultant ranks dwindled – but those talks have shown no clear outcome. A decision by Chicago-based DHR could come by the end of June.

CTPartners has seen its market capitalization decline considerably since the end of last year, and that trend continues. According to the latest valuations by Hunt Scanlon Media, the dollar value of the company’s outstanding shares is about $13.3 million. The two other publicly-traded executive search companies have lofty market capitalizations by comparison: Korn Ferry, the nation’s No. 1 talent provider, has a current market cap of $1.750 billion, while CEO recruiter and culture shaping advisor, Heidrick & Struggles, has a market cap of $464 million.