Menu
View our Events
Stay Connected:
CEO transitions fell 42 percent between the first and second halves of 2020 as the economic strain of the pandemic intensified. But a new report by Bain & Company and Spencer Stuart says that is likely to change by mid-2021. In previous global recessions, CEO transitions fell by as much as one-third from their pre-crisis highs. “This pattern largely held true in 2020,” concluded the report. 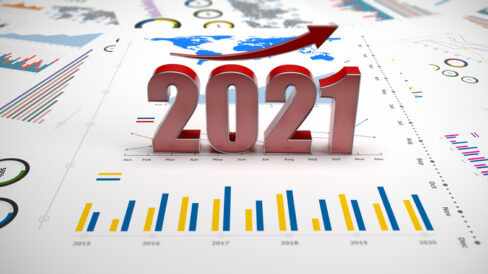 March 23, 2021 – Boards of directors tend to pause leadership successions during turbulent times, and 2020 was no exception. Globally, CEO transitions fell 42 percent between the first and second halves of the year as the economic strain of the COVID-19 pandemic intensified, according to research from by Spencer Stuart. But there’s good news: CEO transitions are likely to pick up by mid-2021 as the pandemic wanes, concludes a new report by Bain & Company and Spencer Stuart. Following the search firm’s mid-year 2020 study of CEO transitions during periods of turmoil, the firm analyzed the pandemic’s full-year global impact on CEO succession. Despite regional differences, the broad trends followed the same pattern as previous crises: CEO succession slows in a crisis; CEO successions drop most in hard-hit industries; Boards seek stability in volatile times; Board directors step into the leadership void.

Even as the pandemic abates, and boards shift their focus to investing in business resilience, leaders will continue to grapple with uncertainty and complexity, the report said. “The COVID-19 crisis underscored the critical importance of adaptability, openness to new ideas, and long-term orientation. Top-performing executives in the coming decade will display courage, empathy and humility, enabling them to lead through long stretches of uncertainty and to steer businesses through rapid change.” Let’s take a closer look at the report findings and examine the outlook for 2021 in which we can expect to see transitions picking up by midyear, how business models will help to shape the future CEO profile, and the crisis-critical leadership traits that will likely remain important.

CEO succession slows in a crisis. During the past three global recessions, CEO transitions fell by as much as one-third from their pre-crisis highs, the report found. “This pattern largely held true in 2020, with some differences by region based on the timing of COVID-19 outbreaks, which struck Asia first, followed by Europe and then North America.” 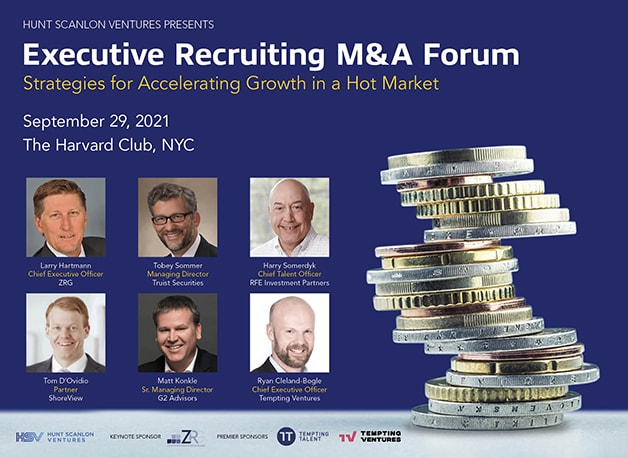 Asia experienced the steepest decline in CEO transitions during 2020, down 23 percent compared with the 2018–2019 average. The region’s sharpest drop was in Q2. In the U.S., the report found that CEO transitions plunged 61 percent in the second half of 2020 from a near-record level in the first half of 2020. In Europe, Q1 and Q4 dips were offset by Q2 and Q3 spikes, leading to a modest increase of three percent for the year over the average annual number in 2018 and 2019.

“In prior crises, boards in the hardest-hit sectors were the most likely to delay CEO successions,” the report said. “This pattern was harder to detect in 2020, possibly because the COVID-19 crisis didn’t originate in any one sector and affected the entire economy.” CEO transitions declined most in Asia’s industrial goods and consumer goods and services sectors, in the U.S. technology sector, and in Europe’s healthcare industry. Following a quick recovery of financial markets, CEO transitions in financial services in Europe rose at a fast clip.

“In past crises, decisions to oust CEOs for poor performance or scandal—arguably the most critical move boards make—declined even more dramatically than transitions overall,” the report said. “Faced with an uncertain future, boards tend to retain their chief executive, even if leadership succession was high on the agenda before the crisis hit.”

Private Equity Firms Invest in Raising Their Talent Game
Getting talent decisions right – especially at speed, across dozens of portfolio companies – is one of the stiffest challenges private equity firms face today. According to a new report by Bain & Company there are many reasons why talent decisions can go awry but those with the highest success rates have something in common: They are highly disciplined about linking talent decisions to the explicit requirements laid out in the value-creation plan. The Bain & Company report was supported by Hunt Scanlon Media research and authored by Bain’s David Waller, Courtney della Cava, Kristin Schroeder and Rolf-Magnus Weddigen. It first highlights the experience of one PE-owned company in the packaging industry and what can go wrong when the wrong talent is hired.

For a deal predicated on reigniting revenue growth, the new owners developed a detailed value-creation plan (VCP), laying out a strategy to aggressively expand national accounts. Because it required new sales leadership, the company quickly hired an accomplished industry veteran, with high hopes that he could jump-start the commercial organization. Instead, he stumbled badly.

Research from Spencer Stuart and Bain & Company found that transitions under pressure in the U.S. fell by 71 percent from the first half of 2020 to the second and declined by 25 percent in 2020 compared with 2019. Asian companies achieved stability by promoting more CEOs from within: 82 percent of Asia’s new CEOs were promoted internally, compared with 76 percent in 2019. By contrast, European companies were more likely to select outsiders in 2020—47 percent of new CEOs came from outside vs. 26 percent in 2019. European CEO transitions followed a similar trend after the global financial crisis. One possible explanation is that boards opting for outside talent to replace a CEO were preparing for major transformations.

Board directors step into the leadership void.

A record share of the U.S. transitions in 2020 involved a board director moving into the CEO role, the report found. “Boards often choose one of their own, especially directors with CEO experience, as a steady hand in a crisis,” the study said. “In normal times, the choice of a board member as CEO is often an interim solution providing time to search for a permanent successor. In 2020, however, many companies made these appointments permanent to provide stability to their organizations, particularly at a time when meeting external candidates was challenging.”

Transitions will pick up midyear.

The report noted that CEO transitions tend to rebound as uncertainty wanes, often spiking two years after the depth of a crisis. “Given the speedy market recovery in 2020, continued access to liquidity, and the prospect that vaccines will be widely available by the middle of 2021, we expect CEO succession will rebound in tandem with the overall economic recovery,” according to the report. “If historical patterns repeat, transitions in 2022 could spike as much as 30 percent above pre-crisis levels. Boards will look to replace three specific CEO profiles: underperformers, aging or exhausted CEOs ready to retire—in some cases, activating a long-term succession plan put on hold—and those whose profile is a poor match for companies requiring a dramatic business model shift.”

Related: Why Delaying Succession Plans in Times of Crisis Can be Risky

The business model will help shape the future CEO profile.

“A silver lining in the crisis has been the dramatic acceleration in the development of high-potential leaders who faced new challenges and proved their mettle,” the Spencer Stuart and Bain & Company report said. “Having seen these leaders in action, boards that emerge from the pandemic with a stable business model will be more comfortable promoting from within, confident their executive is deemed ready to assume the role of CEO. Companies grappling with disrupted business models and in need of new strategies and capabilities may be more likely to consider external candidates. As they search for talent, leading boards will debate the ideal profile of a future leader, based on the company’s goals and evolving business context. They will also consider trade-offs between candidates’ potential and their experience.”

Even as the pandemic abates, and boards shift their focus to investing in business resilience, leaders will continue to grapple with uncertainty and complexity, the report said. “The COVID-19 crisis underscored the critical importance of adaptability, openness to new ideas, and long-term orientation. Top-performing executives in the coming decade will display courage, empathy and humility, enabling them to lead through long stretches of uncertainty and to steer businesses through rapid change.”

Cathy Anterasian leads CEO succession services for Spencer Stuart in North America. She is an active member of the firm’s North American board and CEO practices. Courtney della Cava is a partner at Bain & Company based in its San Francisco office. She is a key member of the firm’s leadership and talent practice and leads the global Bain Executive Network. Claudius Hildebrand is a member of Spencer Stuart’s leadership advisory services and CEO practice. In addition to his work with clients, he is responsible for research and data analytics on CEO performance. Dale Cottrell is a partner with Bain & Company in Milan. He is a 30-year consulting veteran with substantial corporate transformation and corporate finance experience.