Menu
View our Events
Stay Connected:
Juli Smith, of The Smith Consulting Group, offers some valuable tips for not losing your candidate of choice to a counteroffer. And take note – it’s not all about the money! 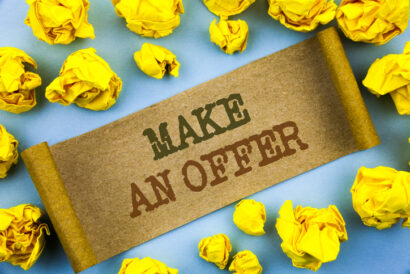 July 6, 2022 – The last three companies that Juli Smith, president of The Smith Consulting Group, spoke with shared a similar frustration about the candidates they had recently extended offers to: They lost out to a counteroffer. “They were so frustrated with the fact that their candidate who they had identified on their own, interviewed, screened, and had taken all the way through their process had left them at the altar,” she said.

The process that The Smith Group uses can usually help to avoid such a situation when helping a client fill a role, she says. But for companies that aren’t working with a firm like hers, Ms. Smith has a number of suggestions that can help to avoid this kind of disappointment:

1. Have a defined interview process. Make sure the process does not go on too long or move too quickly, says Ms. Smith. “There is a fine line between dragging things out and moving too fast where you scare off the candidate,” she said. “If your process takes longer than four weeks, make sure you communicate this to the candidate at the beginning, so they know what to expect. This can contribute to turn downs when candidates self-select out of the process to protect from perceived rejection when the process drags on for weeks and weeks.”

2. Talk with the candidate about why they are attracted to your company. It can’t be about the money. Ms. Smith says that most candidates have decided to explore your opportunity for reasons other than money, such as seeking a better cultural fit, better work/life balance, the ability to work from home, etc. Make sure you know why this candidate would consider your offer. If you feel it’s just about the money, just know that you are susceptible to losing them to a counteroffer after investing a lot of time and effort. 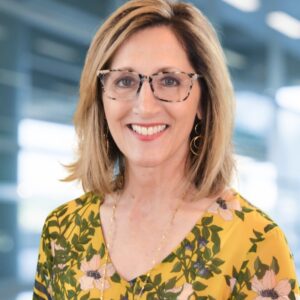 Juli Smith is the president of The Smith Consulting Group. She started recruiting in 1986 for a large national search firm and came back into the industry in 2001 after spending the bulk of her career in outside sales and sales management. It was a natural progression to start her own firm in 2006. Since that time, The Smith Consulting Group has specialized in civil engineering and architecture.

3. Don’t just send the offer to them by email. Ms. Smith says this is key. “Schedule a video call to discuss the offer with them first in order to paint a picture for them of their future with your organization,” she said. “You need to share why you want them to join your team. Make it personal.”

You might say, for example, “I am so excited to extend this offer to you, Kevin. I see you as a future leader in our organization and stepping into greater roles as you grow with us!” Extending the offer in person or via video affords you the benefit of seeing their reaction.

4. Ask them if there is anything their current boss could do to make them want to stay. If the answer is “I don’t know, or I am not sure, or I’d have to think about that,” then you have work to do to understand if they are as committed to you as you are to them, according to Ms. Smith. “Yes, you can ask them these questions,” she said. “And you should.”

As the Great Resignation has extended worldwide, compensation experts have reminded organizations that there are numerous ways to attract and retain employees besides paying them higher wages. But there’s overwhelming evidence that the go-to move for most companies continues to be paying more, according to the latest findings from Korn Ferry, which found a record a number of pay raises over the past quarter.

The Rise of Counteroffers in Executive Search

The last thing any company official wants to hear is that one of their key executive leaders is resigning in favor of a better career opportunity. If the company is unprepared, making a counteroffer might seem like the only way to keep that executive and the best way to address the woes of a highly competitive candidate market. And they would hardly be alone in thinking so, according to a report just authored by Slayton Search Partners’ John Nimesheim.

“Although a thousand articles exist telling candidates not to accept counteroffers, the truth is we’ve seen a significant rise in counteroffers as well as the number of executive candidates who are willing to accept them,” said Mr. Nimesheim, who is a managing director for Slayton. “For companies looking to hire top talent, knowing how to ensure your candidates won’t be tempted by counteroffers is critical to successful executive hiring.”

“Many countries are seeing similar wage increases,” said Benjamin Frost, a solutions architect in Korn Ferry’s products business. “And the increases are far exceeding what clients told Korn Ferry they expected to dole out over the coming year. When you wake up and see all the resignation letters on your desk, it’s not surprising you reach for your wage lever to keep employees from going out the door.”

Still, experts say there may be other, more effective strategies for keeping employees engaged and loyal. In survey after survey, Mr. Frost said, “employees around the world say their top priorities from employers are clarity around what they need to do to do a good job, transparency about their career paths, and support for future career growth. Initiatives such as skill development programs, mentorship opportunities, and workforce planning exercises can address those priorities directly.”

Those other solutions, however, often take time to implement. “Increasing wage rates isn’t a silver-bullet solution, but lots of organizations go there because it’s very visible,” said Mr. McMullen.

At the same time, a pay boost might not do much for winning over employee loyalty. “The delight of an increased paycheck usually lasts about two pay periods,” said Mr. Frost. “People want to be paid fairly, but they also want to have meaningful assignments, work in a healthy culture and see opportunities for development.”

“It has to be a lot more than pulling the pay lever,” said Elise Freedman, a Korn Ferry senior client partner who leads the firm’s workplace transformation practice.