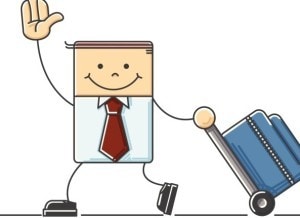 June 29, 2015 – Turnover among chief executive officers fell 13 percent in May, as 90 CEOs announced their departures during the month, down 7.2 percent from 97 in April, according to a new report from global outplacement consultancy Challenger, Gray & Christmas, Inc. The May total was eight percent lower than the same month a year ago, when CEO departures reached 98. So far in 2015, 486 CEO changes have been announced, 13 percent less than the 558 CEO departures announced through the first five months of 2014. Non-profit and government organizations had the highest CEO turnover in May with 25, seven of which were regional YMCAs whose long-time leaders retired. Another seven chief executives left various chambers of commerce. The year-to-date total for this sector is 71, making it the leading industry for CEO departures this year.

Computer firms and industrial goods manufacturers announced the second highest number of CEO departures in May with eight each. Computer firms have now witnessed 40 CEO changes this year, ranking fourth behind government/non-profit (71), hospitals (59), and financial firms (56).

California leads all other states in terms of CEO departures, with 48 exits announced this year, including nine in May, the most of any state last month. Texas follows with 36, while New York has recorded 29 CEO departures. The most oft-cited reason for CEO changes last month was retirement, cited in 28 departure announcements. Another 22 CEOs resigned during the month. Companies cited financial losses in two CEO changes, legal issues for another two, and boards ousted three CEOs in May.

Among the most notable CEO departures during the month occurred at Cisco Systems, whose long-time chief executive John Chambers announced his retirement after 20 years of service. Frontier Airlines’ CEO David Siegel left amid financial losses and high customer and employee complaints. Al Jazeera America’s CEO, Ehab El Shihabi, left after a lawsuit alleging sexual harassment and anti-Semitic behavior. Lumber Liquidator’s Robert Lynch also left amid legal troubles as his firm is under investigation for high levels of formaldehyde in its Chinese-imported laminate flooring.

Other recent CEO departures include Twitter CEO, Dick Costolo, and Ron Worth, CEO of Society for Marketing Professional Services (SMPS), both of whom stepped down, as well as Dan Danner, former retired CEO of the National Federation of Independent Business (NFIB). Spencer Stuart is handling the Twitter chief executive placement, Vetted Solutions is leading the SMPS assignment, while Russell Reynolds Associates is managing the CEO search for the NFIB.

“Maintaining stability in the corner office has been a welcome relief for board directors,” said Scott A. Scanlon, CEO of Hunt Scanlon Media. “Companies have their sights set on growth in the second half of the year and leadership retention in the CEO suite gives them distinct competitive advantage.”