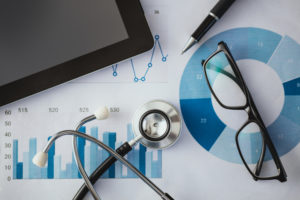 January 20, 2022 – The stakes of a chief executive officer transition are always high, but the risks of succession are increasing as healthcare systems grow in size and complexity and operate in increasingly dynamic conditions. Based on current trends, a new Spencer Stuart report says that it is expected that more than 80 percent of hospital CEOs will turnover or retire within the next five years. “Given the generational shift occurring, many of these future leaders are likely to be serving in their first CEO role,” the report said. “This is a pattern we see among S&P 500 companies and healthcare institutions. Seventy-one percent of new S&P 500 CEOs in 2020 were promoted from within the company. And half of the 50 healthcare system CEOs named in the last five years were organizational insiders (in one case, from the board).”

While it is likely that many healthcare boards will select an internal candidate as their next CEO, Spencer Stuart says that few systems have a multi-year CEO succession process in place.

Start Early
Waiting too long to begin succession planning increases the risk that high-potential insiders will leave to pursue other options and that the likely internal candidates won’t have enough time to address development gaps, according to the Spencer Stuart report.

Mark Thompson, the former CEO of The New York Times Company who handed the reins to successor Meredith Levien said CEOs should begin succession planning early in their tenure. “I think the right day for a CEO to think about their own succession planning is the day they start the job. It’s not in five or seven years,” he said. “Many CEOs will put this off because they can’t ever imagine a world after they’re gone. But if I’m a decent CEO, I don’t want to just roll the dice. I should try and help make sure that we de-risk this a little bit.”

“As CEO, you can serve as a catalyst for encouraging the board to begin thinking about succession earlier than they otherwise might, which should be well before a transition is anticipated,” Spencer Stuart said. “And, by making C-suite succession an established process — rather than a response to an imminent transition — it can reduce the chances that the board will have to look externally
for a successor. Creating a normal cadence around executive development and long-term C-suite succession planning is more likely to produce multiple strong internal candidates who are ready when a transition is near. It enables organizations to cast a wide net, looking beyond the most-likely successors and include high-potential, seemingly long-shot possibilities who could become the right person given their development trajectory and the circumstances.”

Finally, the report notes that starting early allows the board to have more interactions with potential candidates over time, so they can observe patterns of performance and behavior and gain deeper insights into candidates’ succession-readiness.

Plan for Multiple Scenarios
The most effective succession plans traditionally have considered several time-based scenarios for CEO succession:
• Emergency successions because of illness or unexpected departures of CEOs.
• Accelerated transitions that occur sooner than anticipated.
• Long-term, orderly successions that follow at least three to five years of planning.

Given the pace of change today, however, it is also important to plan for multiple strategic scenarios that could change the skill sets needed in the next CEO, Spencer Stuart notes. For example, a change in business strategy may mean that a potential successor who seemed “ready-now” may no longer be a good fit for the future direction. To surface potential scenarios, the CEO and board can consider questions such as: What are the most critical strategic opportunities and challenges facing the system? How much change is required? What are our aspirations for the organization going forward? What critical leadership and managerial competencies would help the next CEO succeed? Once the potential scenarios are defined, the CEO and board can align on the variations of the CEO profile that would best match the different contexts, the report says.

CEOs are in the best position to make sure their boards have the insight they need about the senior talent coming up through the organization, according to the Spencer Stuart report. “They should work closely with the CHRO to create assessment and development plans for potential internal candidates based on a forward-looking lens,” the study said. “CEOs also should keep the board informed about developmental moves meant to accelerate candidates’ succession-readiness, such as assignments providing specific operational experience and/or exposure to external stakeholders.”

Spencer Stuart notes that one of the most important contributions a CEO can make to the process is to give potential successors the room to grow and develop the skills they will need for the CEO role. This can be one of the hardest steps emotionally for CEOs, but it is in the final stages of development that potential successors may need to gain experiences that only the CEO can facilitate, such as greater engagement with the board or external stakeholders, and it is up to the CEO to allow these to happen.

Stepping Back from the Process

“The CEO’s participation in the process diminishes as a transition nears, and the process turns toward the board’s selection of finalist candidates and/or an external search,” the report said. “This period can be very challenging personally and professionally for sitting CEOs. Advocates by nature, CEOs need to remind themselves not to push too hard for a particular candidate or solution, which can backfire with directors. CEOs also should be prepared for the possibility that the board may want to accelerate or decelerate the pace of the transition depending on their comfort with candidates’ succession-readiness. During this period, CHROs can play a valuable role in helping facilitate assessments and the search process and guiding the CEO when it’s time to step back.”