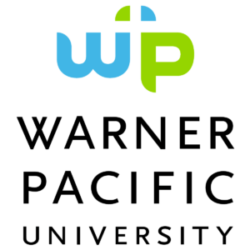 Dr. Johnson is the first African-American to serve as the liberal arts university’s president and was a first-generation college student. He said: “I want to be somewhere where I can bring to bear my faith commitments, my scholarly commitments, my ethnicity, and frankly, all the things that prepared me for this moment I see evidenced and embodied in Warner Pacific as a Christ-centered, urban, minority-serving and Hispanic-serving institution situated in a metropolitan environment. It fits everything I enjoy.”

Late last year, the WPU board of trustees selected CarterBaldwin Executive Search to help lead the confidential process of searching for and recommending a finalist. The firm was charged with  providing consulting services to identify, recruit, evaluate, reference check, and recommend candidates for the university’s presidential search committee to review and ultimately recommend to the board for selection.

“CarterBaldwin serves colleges, universities and K-12 schools in the identification of effective and often transformational educational leadership,” said the search firm. “Our firm has an established education executive search practice placing presidents, provosts, heads of school and other leaders who make valuable contributions to the success of the nation’s most valued premier institutions.”

Founded in 1937, Warner Pacific University offers associate’s, bachelor’s and master’s degrees. WPU emphasizes personalized attention, relational support and career-focused liberal arts education. Degrees are available in the traditional undergraduate, format, as well as one night a week and online formats. In 2018, WPU announced tuition reductions for all undergraduate degrees as part of its mission to provide equitable access to quality, private higher education for every student. WPU has been recognized by U.S. News & World Report as the No. 1 Most Ethnically Diverse Campus in the West, as a Best College in the West and a Best Value School.