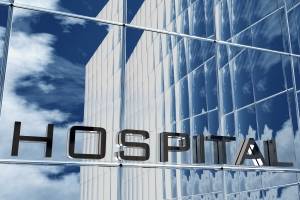 November 2, 2017 – Executive recruitment firm Carrington & Carrington has started a multi-year partnership with the University of Pittsburgh Medical Center (UPMC) to help boost the healthcare giant’s diversity hiring at its most senior levels. The collaboration comes as the $14 billion Pennsylvania-based company continues expanding in its local market, nationally and around the world.

“This is a partnership that highlights and showcases UPMC’s commitment to diversity and also their trust and confidence in our firm,” said Marian H. Carrington, co-owner and principal of the Chicago-based search firm. “We have not seen this level of commitment during our 30-plus years and it is one that is going to bring extreme value for both organizations.”

The partnership was recently announced at a conference of the National Black MBA Association in Philadelphia.

Carrington & Carrington, which specializes in diversity recruitment, had conducted a previous search for UPMC’s first chief diversity officer, and later, her replacement. The firm had also recruited a VP of HR in UPMC’s international operations.

Not long ago, UPMC’s board of directors and senior leadership team were reviewing the company’s diversity representation at the vice president level and above, only to find a significant lack of women and minority leaders. “The decision was made as the result of our successful placement of these individuals, the first individuals to be part of their executive leadership ranks, that they would engage us in a full partnership to help increase the representation not only of the senior-level executives, but also to help in building their pipeline of high-potential middle management candidates,” said Ms. Carrington. “So there was a partnership that was brought to the board of directors and endorsed for multiple years.”

“They are thinking big and they are thinking bold,” she added, “and the value-add that we bring is our national footprint and the ability to tap into resources they were either unaware of or did not have the reach to connect with.”

Already, the search firm has been busy helping to fill a series of roles. “They’re coming fast and furious, and because of UPMC’s expansion many of them are newly created,” said Ms. Carrington. Among the searches are those for a chief audit and compliance officer, a VP for cancer research and strategy and a VP of human resources, who would be responsible for a division that represents more than half of the company’s business.

As part of the agreement, Carrington & Carrington has formed a team to work exclusively with UPMC. “The team consists of myself as the engagement leader on the searches, as well as a consultant or recruiter and a search support person,” said Ms. Carrington. “We have also made the commitment that we would have a hands-off or distant relationship with any of their competitors.” That is something larger recruiting rivals might have had trouble offering.

“We offer the extension of our network and being able to bring great talent and resources to them through our connections,” said Ms. Carrington. “For instance, with the black MBAs, our firm placed the national president for that organization and we were able to leverage that relationship for UPMC to get greater exposure. We are currently at the National Association for Healthcare Services Executives conference, and we have great relationships with them. We are also able to leverage those relationships to support UPMC.”

As for Carrington & Carrington, the partnership is already opening doors to other business. “UPMC has given us great exposure to the city of Pittsburgh and we have been contacted by their count administrators to do some first-ever diversity search work for them as well,” said Ms. Carrington.

The collaboration also raises the possibility that other companies will want to consider similar ventures to improve their diversity leadership. “We certainly are very excited about we have going on here,” said Ms. Carrington. “And hopefully we can encourage other clients to take a close look, especially as we come to the point of evaluating the success factor on this, which will be within the next couple of months.”

But this more than a business relationship. It is about making progress for individuals and society as well. UPMC, Ms. Carrington said, is helping to make a difference. “The issue of healthcare, of course, is critically important,” she said. “It’s critically important to many people in the underserved communities. It’s certainly a passion of mine. We’re very excited to partner with an organization that feels strongly about the needs of all people, and they being developing products that will help reduce disparities and inequities in healthcare. The whole issue of healthcare is exciting and its explosive and they get it.”

Besides Chicago, Carrington & Carrington has offices in Washington, D.C. and Memphis. The firm specializes in the recruitment and placement of African-Americans, Latinos, women, LGBT and other diverse professionals. It places middle management and senior level executives across various industries and functional areas. Founded by Ms. Carrington’s husband and co-owner, Willie, 37 years ago, the firm now ranks as one of the most respected African-American-owned search firms in the nation.

UPMC is world-renowned health care provider and insurer. It is the largest non-government employer in Pennsylvania, with more than 80,000 employees and international operations. The company is involved in inventing new models of patient-centered, cost-effective, accountable care. UPMC provides nearly $900 million a year in benefits to its communities. It offers more than 25 hospitals, 600 doctors’ offices and outpatient sites, and a 3.2 million-member insurance services division, the largest medical and behavioral health services insurer in western Pennsylvania.

Affiliated with the University of Pittsburgh Schools of the Health Sciences, UPMC ranks No. 12 in the U.S. News & World Report annual rankings of best hospitals in the country. UPMC Enterprises is the innovation and commercialization arm of UPMC, while UPMC International provides hands-on health care and management services with partners in 12 countries on four continents.