Menu
View our Events
Stay Connected:
While technology’s role in candidate pipelining and talent profiling is important, a new report says that HR still has a significant role to play in the face-to-face vetting of candidates. 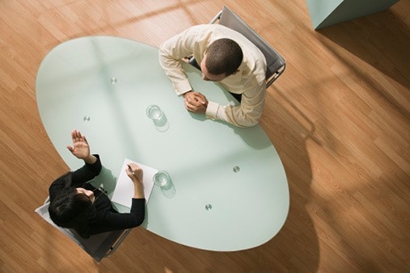 February 26, 2018 – Seventy-three percent of companies indicate that talent acquisition is critical to executing their business strategies, according to a report by Aberdeen Group. As any department manager knows, effective, engaged people drive good business. And for all the talk about encroachment by technology, business remains a human endeavor first and foremost.

So what does this mean for talent acquisition? According to Aberdeen’s report, HR must be ready to move on high-potential candidates faster when a job becomes vacant to keep the ball rolling for management objectives. But, it has concluded, HR has dropped back from the front lines, where it would reactively source candidates in the event of a job vacancy, and is increasingly choosing a back-office role of managing an ongoing talent pipeline.

Aberdeen found that best-in-class companies are now 55 percent more likely than all others to proactively build and expand the candidate pipeline regardless of current hiring needs. The pipeline treats job vacancies and potential candidates as moving targets on parallel spectrums that can talk to each other via analytics to home in on a successful candidate–position matches at any point in time. The new methodology, said Aberdeen, speaks for itself in terms of the statistical justification:

The statistical snapshot above shows the U.S. labor participation rate as reported by the U.S. government, and breaks it down by the employed population, the unemployed population, and those not in the labor force. The final two statistics show the breakdown of active and passive candidates as a percent of the participating workforce based on Aberdeen’s findings that 75 percent of employed workers consider themselves to be passive candidates.

The statistical snapshot shows that using the talent pipeline allows HR to cast a wider net for applicable talent, said Aberdeen. Reactive hiring primarily targets inbound candidate submissions that are mainly comprised of active candidates, which account for 28.7 percent of the participating workforce.

Inviting the passive workforce into the pipeline through outbound branding, sourcing and solicitation opens up the other 71.3 percent of the workforce for sourcing, analysis, and vetting to arrive at the ideal candidate with backup plans in case the primary candidate is unavailable. “Statistically, there is a higher potential to attract multiple candidates to a given role even if the probability of a match or acceptance among individuals remains unchanged,” the report said.

Best Methods to Lure Active and Passive Job Candidates
Traditionally, an active candidate is a person actively or casually looking for a new job a few times per week, while one deemed passive is considered satisfied with their current role and therefore searches occasionally for a new job, if at all.

The pipeline model is opening up new labor markets in the passive workforce. “However, the market is still not reflecting the benefits of attracting high-potential candidates in terms of increased productivity growth, higher rates of innovation, and the creation of new product markets that drive salary growth and increased consumer spending,” the report said.

Expanding an organization’s hiring potential and creating a greater focus on attracting high-potential candidates begs the question: What is going on with the ability to attract real, high-potential candidates? While the shift to the pipeline model widened the net for applicable candidates, it also required HR to implement assessments built on responsive profiling that sourced high-potential followers and reduced the risk that employees would break from known, guaranteed market tracks, said Aberdeen.

Responsive profiling is a reactive measure, in which organizations build a profile of the ideal outcome. When it comes to hiring, Aberdeen found that best-in-class companies are 2.1 times more likely than all others to create success profiles of top-performing current employees and high-potential candidates.

Aberdeen research also revealed that best-in-class companies are 80 percent more likely than all others to use a repository of talent profiles to recognize ideal talent across the company. While recognizing performance is good for internal employee engagement, extending it to recruitment marketing and hiring analytics means that companies are recruiting more of the same persona. This is sometimes at the cost of vetting for signs of real innovation potential that could lead the organization into new and productive markets.

Related: Recruiters Beware: Treat Candidates Better or Risk Steering Them Away as Future Employees and Customers

The Aberdeen report found that companies are playing it safe and avoiding risks on long-term hires that ultimately challenge management with new ideas or initiatives. Instead, form-fit hires are leading to high performance within the confines of incrementally changing, existing products in the same old markets, said Aberdeen. This turns high-potential employees into followers rather than leaders of innovation.

With respect to the state of the market, strategic hiring has a direct impact on risk aversion among corporate leaders. “Hiring for innovation means that organizations are going to have to take risks on candidates for whom the hiring manager may not be 100 percent assured,” said Aberdeen. “While assessments can vet for known, quantifiable elements such as required skills, degree levels or work experience, analytics cannot fully replace person-to-person character assessments.”

While it is possible to place candidates in case environments that simulate real workplace challenges, the human element is somewhat lost, the report said. Like it or not, HR still has a role to play in the face-to-face vetting of candidates as they come out of the pipeline. “In short, before innovation can be sourced, HR itself has to take a lesson in what it means to think outside the box,” said Aberdeen.

Related: Human Strengths Touted as the Solution to Challenges of the Skills Revolution