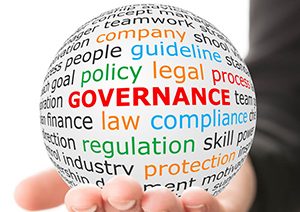 February 26, 2018 – Executive search firm Buffkin / Baker has expanded with the addition of veteran recruiter Ted Jadick as a partner and head of its global governance practice.

“Ted brings a career in executive search that spans several decades,” said Craig Buffkin, managing partner of Buffkin / Baker. “We are excited to have him on board to establish our board practice and to leverage his extensive background as we continue to build the firm and the New York office. His diverse roster of clients and keen understanding of how boards lead in today’s business environment positions our firm for great success.”

Before joining Heidrick some four decades ago, Mr. Jadick was senior vice president at Frank W. Hastings. He previously served as a staff accountant and auditor at Haskins and Sells (Deloitte), and began his career at Arthur Young & Company.

“I am very excited about the opportunity to build a new practice at Buffkin/Baker, a firm which clearly understands the importance of board diversity, social responsibility, shareholder activism and sophisticated fiduciary oversight in today’s global business environment,” Mr. Jadick said.

Buffkin / Baker formed last year with the merger of the Buffkin Group and Baker and Associates. The firm also recently merged New York-based WTW Associates into its expanding executive recruiting platform. WTW, a talent provider focused on the media, entertainment, technology and law industries, has integrated its operations into the Buffkin / Baker New York office.

The firm also acquired Nashville, TN-based MusicRowSearch, an executive recruiting operation specializing in the entertainment industry, to expand its service lines and leverage future growth. MusicRowSearch will retain its name under the Buffkin / Baker brand. Through the acquisition, Tim Truitt joins the firm and now serves as a partner and head of the entertainment group.

Buffkin / Baker has also experienced growth in recent months with new hires. In December, the firm added veteran recruiter Nathaniel J. Sutton as partner and head of its non-profit recruiting practice. For seven years, Mr. Sutton headed the education and non-profit practice at Heidrick & Struggles, where he grew the practice from $3 million to $17 million in annual revenue.