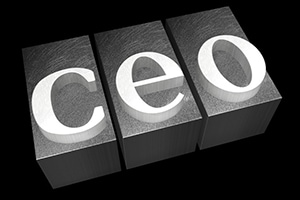 He takes over the role from co-founder Greg Law, who will now focus on the company’s chief technology officer.

“We have achieved our early stage goals,” said Dr. Law. “With the industry-changing technology we have built, the customers we have signed up and the funding we have secured, it is time to move to the next stage of the plan, with an A-player to lead the company in its high-growth phase.”

“Despite a really strong short list of candidates, the result of a worldwide executive search, we were unanimous in our agreement about who the right person to lead the company should be, and that’s Barry,” he said.

With over 15 years as the leader of technology-leveraged organizations, Mr. Morris has scaled multiple global companies, both public and private, through transformative leadership, focused innovation and solid execution. He is the co-founder and executive chairman of database specialist NuoDB. Before that, he served as chairman, president and CEO of TIBCO StreamBase. Mr. Morris was also CEO of distributed service-oriented architecture specialists IONA Technologies, helping to build the company up to $180 million in revenues and a $2 billion valuation.

Undo has grown rapidly in recent years, growing headcount to 40, with a world-class engineering team in Cambridge and an experienced enterprise sales organization in San Francisco. In July, the company announced that it had secured $14 million in series B funding, and has to date raised over $20 million in funding from leading venture capitalists.

Search for Technology Leaders Heating Up
The booming technology sector, vibrant even when the economy was softer, shows little sign of retreat, according to a host of recruiters who service companies across the field. It continues, in fact, to produce capabilities and services that few imagined just a decade ago.

Mr. Law will now dedicate his time and focus to operating as Undo’s CTO, developing Undo’s technical capabilities in line with evolving customer demand. “We reached the size and complexity where it was impossible for one person to be both CEO and CTO,” he said. “It’s a fantastic coup for the company to bring in someone with Barry’s international experience of putting innovative companies firmly on the map, raising finances and building sustainable revenue streams.”

Mr. Morris said he welcomes the challenges ahead. “Greg and the team at Undo have built incredible foundations for the company, with technology that was thought by many to be an impossibility, and an enviable customer list including IBM, SAP and Micro Focus,” he said. “My focus will be on the next evolution of the company, as we strengthen our positioning in strategically important markets like the U.S. and Europe.”

Undo’s technology allows some of the biggest software companies to improve the quality of their products and fix customer issues quickly. Its focus is to help customers reduce the time, difficulty and effort involved in building complex software systems. Undo is a fast-growing, venture-backed technology start-up based in San Francisco and Cambridge, U.K.

Baily Fisher expanded with the addition of Iain Hopper as director of digital health & life sciences. Mr. Hopper has developed a strong network throughout the U.K., Europe, Southeast Asia, Australia and New Zealand, said the firm. His most recent focus was pharmaceuticals and biotechnology; he worked with market leaders including Roche, Novartis and Gilead on senior- and executive-level appointments. Previously, he served as manager of life sciences at Tardis Group, a London-based search firm.

Check Out These Related Articles On Life Sciences Recruiting: