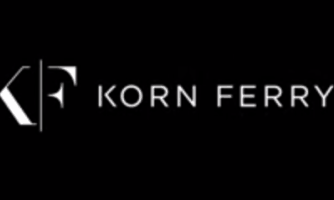 July 14, 2014 – Twenty-three years ago when the article below first appeared in Executive Search Review (May 1991), the executive recruiting business was truly a cottage industry. Korn Ferry’s global revenues topped just $100 million back then; in 2014 the firm will likely exceed $1billion in generated fees. Then, like now, Korn Ferry was ranked No. 1 in the talent management field. Lester B. Korn and Richard M. Ferry launched their firm in 1969 and from the beginning it seemed to suit their strengths: Mr. Ferry focused on managing the business, while Mr. Korn guided the brand. It was a unique partnership that stood for 22 years until Mr. Korn suffered a health setback in 1989. He shocked the industry two years later when he announced his retirement at the age of 55. Governance issues had to be dealt with inside Korn Ferry in 1991 and that became the first order of business for both founders, as well as for Windle B. Priem, a close confidant of both men who would become the firm’s CEO in 1998. In candid interviews, both Mr. Korn and Mr. Ferry discuss the firm’s transition crisis, potential instability, and the likelihood of broadening ownership. Here’s a look back.

Lester B. Korn announced his retirement this month from active service as chairman of Korn/Ferry International, the firm he co-founded 22 years ago. As part of an overall plan toward assuring management continuity and an orderly transition and succession, Mr. Korn will continue indefinitely as chairman emeritus; Richard M. Ferry, currently president and CEO, will assume the additional position of chairman.

“Now is a good time for me to let Dick and the rest of the partners determine the future of the firm,” said Mr. Korn, 55, who has spent considerably less time in the day-to-day operations of the firm since undergoing heart by-pass surgery in June 1989. In addition to retaining seats on several boards, Mr. Korn said he now plans to devote more time to Curb Communications – the movie company that produced Sex, Lives, and Videotape – in which he holds a 40 percent stake. Mr. Korn, who will remain the largest shareholder of Korn/Ferry until the end of 1991, said he was optimistic about the transition that will take place within the firm during the next several years. “As I still retain a very large equity stake in this organization, I wouldn’t be leaving if I thought that was in jeopardy,” he noted.

While management transition in the executive search industry generally has been ill-conceived and poorly managed, succession involving founder-owners has been equally haphazard. Founders, it seems, have a difficult time orchestrating a strategy whose ultimate goal is to remove them from power. “While founder-owners typically maintain an enormous emotional commitment to their enterprise throughout the years, most ultimately overstay their welcome,” said ESR editor-in-chief Scott A. Scanlon. “Many times they lack the flexibility, willingness and grace to foster a smooth transition,” he added. “The change that takes place when founders move aside can be gut-wrenching and I’ve not seen it done well at other firms, “ said Mr. Ferry. “The mistake that’s been made over the years in executive search is that the succession plan has not been prepared in sufficient time, but in a time of crisis.”

To prepare for its management transition – and to prevent instability once the succession plan was activated – Korn/Ferry called in the Boston Consulting Group 24 months ago to help the firm open up its decision-making process. The firm was restructured, giving more responsibility to regional managers and ownership was broadened. Recently, former McKinsey consultant, Jack Vance, was brought in to give strategic guidance on issues concerning ownership, governance and the firm’s management structure. “I’m looking forward to sharing responsibility and managing the firm more collectively,” said Mr. Ferry. Still, many insiders insist that Korn/Ferry’s successful evolution to the next generation of management hinges on Lester Korn’s separation agreement and how his departure is fully negotiated.

When Lester B. Korn stepped down in 1991 from active duty at the firm he co-founded with Richard M. Ferry in 1969, Mr. Ferry and Win Priem assumed the major leadership roles at the firm. Mr. Ferry ran the West Coast and Midwest operations of the firm, plus Latin America and Asia. Mr. Priem was responsible for global financial services, the firm’s East Coast region, and Europe. Ultimately, Mr. Priem succeeded to the CEO post in November 1998 and he remained in charge through July 2001 – long enough to see the firm’s transition to public ownership. For the last 13 years, Mr. Priem has had a consulting contract with Korn Ferry out of the firm’s Boston office in which he provides advice and services to the CEO. ESR caught up with Mr. Priem in Palm Beach recently.

Priem: Korn Ferry’s growth to $1 billion in revenue annually does not surprise me at all. We took the company public in 1999 with the strategy of creating non-search revenue coupled with executive search. Certainly being a public company helped us achieve those objectives.

Priem: During the last five years, retained search below the senior management level has been cannibalized by social media. Most companies will not pay search fees just to identify people any more. The emphasis must be on why that executive is the best person for the position and does the personality, style and fit compliment the client company. Therefore, offering leadership and evaluation services has become critical. I believe over the next 10 years there will always be a need for high touch executive search that is relationship-driven. However, a large portion of the search business as we know it today will be done by new technology in a faster and much more cost effective way.

ESR: Looking back at K F’s transition period in 1991 why does poor corporate governance continue to exist in the industry?

Priem: Most search firms are private businesses and the leadership usually evolves from the big producers who may not be leaders and managers. Therefore, corporate governance may be lacking. Public firms are forced to have it.