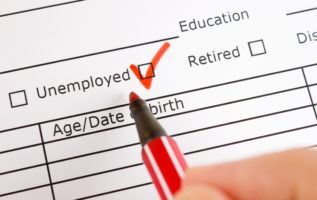 This was the sixth straight week that claims fell below 800,000. More than 20.2 million Americans are currently claiming some form of unemployment insurance, and Thursday’s Labor Department data also shows that unemployed Americans are spending more time out of work.

“The rapid spread of the virus across the nation is making it harder to find employment this fall and this puts the entire economic recovery from recession in jeopardy if Congress can’t get it together and vote on a new stimulus package before the end of the year,” said Chris Rupkey, chief economist at MUFG in New York.

These additional federal unemployment programs are slated to expire by the end of the month, since they were authorized by Congress’s CARES Act back in the spring and have not been renewed as Congress continues to debate the size and scope of another stimulus package. According to experts, the lapse in these programs could leave millions of Americans without jobless benefits of any type starting early next year in absence of further stimulus.

“The trend is still telling — backlogs and retroactive claims have likely abated as of late,” Bloomberg economist Eliza Winger said. “Yet, the recovery in the labor market has slowed and a large pool of unemployed workers remains, consistent with other measures.”

Executive Recruiting in a Post-COVID-19 Era
The COVID-19 pandemic has had a big impact on every business sector, executive recruiting included, costing organizations billions of dollars in lost revenue. Goldman Sachs estimates that economic growth around the world will be zero in 2020 thanks to the virus. For the executive search industry, where recruiters are constantly traveling to have face-to-face meeting with clients, things have changed drastically and search consultants have had to adapt to a whole new way of conducting business.

The numbers are likely to have been artificially depressed by the Thanksgiving holiday, said Diane Swonk, chief economist at the accounting firm Grant Thornton in Chicago. “People don’t apply as much when there are holidays,” she said. “There is a natural falloff that occurs, but we just don’t know how big it was.”

She compared the effect to the drop in hospitalization data for the coronavirus that has been noted on Sundays and holidays. Although the decline in the claims number was seemingly good news, the Thanksgiving-related drop could cause a measure of catch-up when next week’s numbers are released.

“It’s still bad,” she said, noting that 25 states reported more than 1,000 layoffs each last week. “They are broad-based and concentrated in the same sectors we saw when people pulled back in March — food services, health care, retail and hotels.”

“The prospect of vaccines to combat the virus is a hopeful long-term signal, but the economy will face serious challenges until inoculations can begin on a mass scale in the spring,” Michael Gapen, chief U.S. economist at Barclays told the New York Times.

He is looking for a U.S. economic growth rate near zero in the first quarter, followed by a rebound later next year as consumer spending picks up. “I think the economy is on a solid footing, but we may just hit a couple of bumps between now and the end of the first quarter,” Mr. Gapen said. “Stimulus would be helpful, of course.”