Menu
View our Events
Stay Connected:
This historically black university wants an experienced leader to bring dynamic changes and stable leadership at a critical time in its history. Washington, D.C.-based Academic Search looks to recruit a visible leader who can embrace and foster the school’s rich heritage and identity. Let’s go inside this latest recruiting assignment. 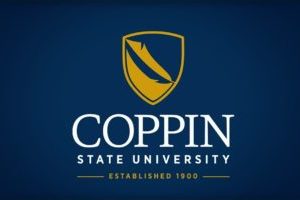 September 16, 2019 – With the new academic year underway, a number of colleges and universities across the country are opening searches that, if all goes to plan, will provide high-profile leaders to take them into a new era of fundraising, digitalization, sports and, increasingly the case, globalization.

Recently, education-focused executive recruiter Academic Search was selected by Coppin State University in Baltimore, to lead its search for its eighth president. Maria Thompson, the first female president of the school, stepped down from the historically black university at the end of June. Senior consultants John W. Garland, William Howard and Shirley Pippins are leading the assignment for the Washington, D.C.-based search firm.

Coppin State and the University System of Maryland seek an experienced individual to bring dynamic changes and stable leadership to the university at a critical time in its history. The next president should be a visible leader who can embrace and foster the rich heritage and identity of Coppin as a historically black university while also bringing constituents together to work collectively and collaboratively to lead actions to address the current challenges of the campus and to better serve the current population of students and their needs, said Academic Search.

The next president “should lead toward a shared vision and goals, including the institutional objectives and outcomes described within this document,” the search firm said. “She or he must be able to engage current faculty, staff and students; work to increase the recruitment and retention rates of students; and build and strengthen relationships with the surrounding community and other external stakeholders within the state.”

The next president of Coppin State University should also possess a demonstrated ability to embrace and advance the history, mission, and core values of Coppin as a historically black university and institution of access and opportunity, said Academic Search. The individual should have experience being a data-informed decision maker, using the rich data available at Coppin on student and curricular outcomes and financial planning and results. The individual should further have a background in building relationships, nurturing alumni engagement, “friend-raising,” leading successful major gifts campaigns, forging supportive partnerships and all aspects of fundraising and resource growth.

Founded in 1900, Coppin was originally created for teacher education and named in honor of Fanny Jackson Coppin, an outstanding African-American educator. Today, Coppin has reaffirmed its dedication to excellence in teaching and student success and maintains its tradition as a historically black institution and as a fully inclusive university. The university provides educational access and diverse opportunities for students through excellence in teaching, research and community engagement, thus preparing analytical, socially responsible, lifelong learners.

For over three decades, Academic Search has been a leader in designing and implementing search processes for leaders of colleges and universities across the country. The firm has completed hundreds of executive searches for higher education institutions and related organizations, for roles ranging from presidents to provosts to deans. Academic Search is currently conducting, or has completed, senior assignments for Walsh University, University of Pittsburgh at Greensburg, University of Central Missouri, Fort Hays State University and SUNY Empire State College, among others.

Before joining Academic Search last year, Mr. Garland served as executive chair of TM2 Education Search, which was established as an initiative of the Thurgood Marshall College Fund to identify and place candidates in top administrative posts at historically black colleges and universities. He began his career in higher education in 1988 as general counsel for the University of the District of Columbia. In 1991, he was named associate general counsel for the University of Virginia, where he became assistant to the president in 1993. Four years later, he returned to his undergraduate alma mater, Central State University, as president. Mr. Garland retired from Central State in 2012.  In 2013, he was named president-in-residence at the Thurgood Marshall College Fund before helping to launch TM2 in 2016.

Mr. Howard, the recruiter in charge, has over 25 years of experience in higher education, and has worked directly with or for over 80 colleges and universities, at two diverse public systems and two large private research universities. Mr. Howard and Academic Search have also assisted in the selection of general counsels for several Ivy League schools, including Cornell and Dartmouth. They have led searches for the senior vice president and general counsel at Rutgers and chief counsel at UConn Health. Mr. Howard is currently assisting the University of New Mexico in its search for a chief legal counsel.

Dr. Pippins joined Academic Search in 2016. Prior to this, she served as president of two community colleges (Thomas Nelson in Hampton, VA and Suffolk County Community College in Long Island, NY), as senior vice president of programs and services at the American Council on Education and as president of Victory University in Memphis, TN.