Menu
View our Events
Stay Connected:
To address a diversity deficit in your organization, a new report from JM Search suggests that you expand your sources of talent, make sure the talent you’ve sourced gets a fair chance in the hiring process, and focus on retaining the talent you’ve recruited. 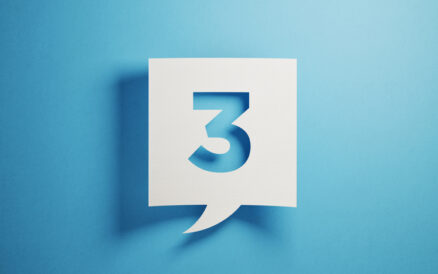 May 19, 2021 – Since the 1990s, much has been written about the business case for diversity and inclusion in the workplace. More recently, “the concept has gained traction in the corporate world as the benefits become increasingly clear,” said Louis Montgomery Jr., leader of the human resources and diversity officer practice at JM Search, in a fresh report on the subject. Mr. Montgomery is in good company. According to McKinsey & Co., the business case for inclusion and diversity is stronger than ever. For diverse companies, the likelihood of outperforming industry peers on profitability has increased over time, while the penalties are getting steeper for those lacking diversity. Progress on representation has been slow, said the consulting firm, yet a few organizations are making real strides. A close look at diversity winners, it argues, shows that a systematic, business-led approach and bold, concerted action on inclusion are needed to make progress.

“Throughout my career, I’ve had a ringside seat to the discussion (debate) about the importance and evolution of D&I,” said Mr. Montgomery. “Initially, as a human resources practitioner, then as a D&I officer and an executive search consultant. Over the past year, however, there’s been unprecedented interest in D&I – prompted greatly by the 2020 murder of George Floyd and the increased attention being paid to social justice issues plaguing our country.”

“Another important reason for this increased attention on D&I is that within the U.S. we are in the midst of significant demographic shifts,” he said. “Our population is aging and is becoming more ethnically and racially diverse.” This isn’t a new phenomenon, but the continuation of a pattern. In 1900, one in eight Americans was of a race other than white. Starting in 1970, that number began to rise. By 1990, nearly one in five people were of a race other than white and over the next decade, that proportion continued to rise to one in four people. “Based on U.S. Census population projections, this trend is expected to continue so that by 2060 one in three Americans will be a race other than white,” he noted. “This has major implications for the workforce and consumers.”

The fact that there is an increased and more widespread focus on D&I is good news. The bad news, however, is that there’s still significant confusion about what D&I really means and how organizations (and humans) can effectively go about achieving it, according to Mr. Montgomery. “I got into business, and more specifically HR, to solve problems,” he said. “The issue of diversity is perhaps one of the thorniest problems in our society and thus the workplace. I learned early on that to solve any problem you must first determine and align on how the problem is being defined. Only then can you truly work towards a productive solution. To that end, before we dive into strategies for addressing D&I challenges, I think it is important to define three important concepts: diversity, equity and inclusion.”

Diversity means representation; put another way, it is about the composition of the workforce. Mr. Montgomery said that “dimensions of diversity include, race, gender, ethnicity, national origin, sexual orientation, veteran status, care giver status, education, style, etc. I think you get the picture. We all represent some aspect of diversity and we are all diversity candidates. Simply put, diversity refers to the mix or composition of our overall workforce.” 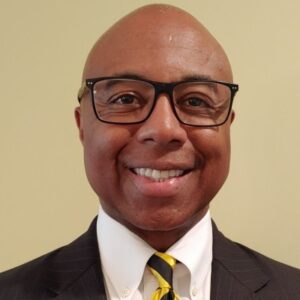 Equity is a term that has always existed and yet just recently has become a prominent part of D&I discussions, said Mr. Montgomery. “Equity recognizes that everyone is different and allocates the exact resources and opportunities to assure (the opportunity for) equal outcomes,” he said. “Equity is often mistaken for equality, which, by definition, has quite a different meaning. Equality means that everyone is given the same treatment, despite differences in needs. In our society, equal treatment often does not produce an equitable result.”

Inclusion is the final concept in this triad, Mr. Montgomery notes. “Inclusion is an outcome to ensure individuals feel welcome, empowered, and valued,” he said. “An inclusive environment promotes a sense of belonging, and allows members to feel that they matter, and are respected for their individual talents, beliefs, and backgrounds. Put simply, inclusivity allows people to be themselves and contribute to their full potential.”

When thinking about how the definitions of diversity and inclusion fit together, Mr. Montgomery said it is important to note that there are two aspects that need to be considered: organizational composition and the environment.

The good news is that the debate today is less about the “what” and “why” of D&I and more about the “how.” There is an art and science to an effective recruitment effort of underrepresented talent, according to Mr. Montgomery. If we can accept the premise that talent is equally distributed across the population, why aren’t most workforces naturally reflective of the broader population? The reason is (unfortunately) intentional and due to bias – both unintended and intended – or in some cases, outright discrimination, he said.

Unintended bias can occur when using talent sources that simply have a lower percentage of women or underrepresented individuals. For example, sourcing talent from predominately white institutions, or by containing recruiting efforts to a limited number of traditional sources. To address a representative deficit in your own organization, Mr. Montgomery recommends a three-part strategy.

First, expand your sources of talent. “Plain and simple, organizations should accept the fact that unrepresented talent is readily available, if you look in the right places,” Mr. Montgomery said. “If you aren’t finding talent where you’ve traditionally looked, it’s time to open your aperture.”

There are 101 historically black colleges and universities, including Howard University, Morehouse College and Spellman College, to name a few. These organizations were established after the Civil War to educate black students who were excluded from attending other universities. There are also nine historically black fraternities and sororities collectively known as the “Divine Nine.” These include organizations like Alpha Phi Alpha Fraternity, Inc. Alpha Kappa Alpha Sorority Inc., Kappa Alpha Psi Fraternity and Delta Sigma Theta Sorority Inc. Mr. Montgomery said that “all have active alumni chapters, and their membership are comprised of experienced individuals representing all professions and can be excellent sources of talent.”

The New Business Imperative: Diversity & Inclusion
With research proving that companies with more ethnically and culturally diverse teams increase their productivity, reduce turnover and inch up profits, Glocap Search, in response, recently created a diversity, equity and inclusion (DEI) practice. The recruiting firm joins a chorus of rivals eyeing the DE&I space. “Since 1997, we have been a trusted advisor to many of the best investment management firms and multi-industry partners with our hands-on approach,” said Annette Krassner, CEO of Glocap Search.

Mr. Montgomery also points to 302 members of the Hispanic Association of Colleges and Universities, including schools such as Arizona State University, University of California Davis and Texas A&M, to name some of the prominent ones. There are also organizations like the Tiogo Foundation, Managing Leaders for Tomorrow, Posse Foundation and Inroads that provide additional support to underrepresented talent to help them succeed in the workplace. Many of these organizations have been around for years and have developed solid alumni networks to provide organizations access to experienced talent. Finally, there are numerous professional organizations focused on Management, Accounting/Finance, Technology, and Human Resources, such as the Executive Leadership Council, National Associations of Hispanic MBA, and National Association for Asian American Professionals.

“These groups all represent a rich and relatively underutilized source of talent,” said Mr. Montgomery. “Regardless of your organization type, all business leaders should be insisting that their recruiting partners provide more diverse slates for them to choose from. Recruiting is a networking game. Organizations that make it their priority to understand underrepresented sources and actively seek to development relationships with individuals and groups will have an advantage in being able to provide such talent to their clients.”

The second part of the strategy is to make sure the talent you’ve sourced gets a fair chance through your hiring process. Mr. Montgomery said that it’s “not uncommon for underrepresented talent to get systematically excluded through an organization hiring process; especially if they are from non-traditional sources.

One significant way organizations can work to address this issue is by conducting unconscious bias training broadly, as well as targeting specific training for members of recruitment teams. This is an effective strategy for helping to “level the playing field” for underrepresented candidates,” he said. “Organizations should also be tracking candidate metrics throughout the process to identify any aspects of the recruiting process where underrepresented talent isn’t progressing as planned. This will help uncover any potential areas of unintended bias so that the organization can target appropriate interventions.”

The final part of this strategy is to focus on retaining the talent you’ve worked so hard to recruit. Mr. Montgomery said that successful organizations are increasingly finding a high return in investing in mentorship programs. According to Forbes, “a robust mentorship program is more than a nice-to-have. Statistics show that mentees are promoted five times more often than non-mentored employees. What’s more, mentors themselves see a return on investment, becoming six times more likely to move up within the ranks.” Furthermore, there is data that suggests that while hiring minority talent is important, retaining these employees who will undoubtedly strengthen the company is far more likely when they are involved in a mentor program.

“Focusing on mentoring, executive leader sponsorship, and other individual and cohort development activities will help ensure underrepresented employees have an opportunity to make it into middle and ultimately higher leadership levels,” Mr. Montgomery said. “Individuals from underrepresented groups may not naturally have easy access to more senior level individuals inside their firms so organizations should prioritize making these connections as part of their developmental process. The most progressive organizations are also including quantitative and qualitative metrics as part of a balanced scorecard and are tying progress in this area to compensation.”

These focused development efforts not only benefit underrepresented individuals but all team members by assuring individuals are getting the leadership attention they need to maximize their opportunities for success, according to Mr. Montgomery.

“The power of these efforts is that it elevates the evaluation of individual development beyond the immediate managers and assures a collective approach to people development,” he said. “There is no doubt that attracting, developing, and retaining a diverse workforce is essential to business success. Hopefully, these strategies spark some new ideas for how you can bring more diversity to the talent model within your own organization.”