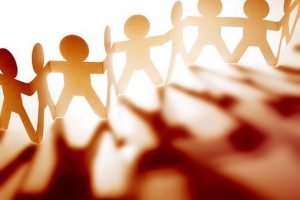 February 16, 2017 – Women who hold senior leadership roles can do a lot to help junior women find a place in the male-dominated upper echelons of corporate America. More often than not, it can happen right where they both gather daily.

Women leaders who have made an effort as official and unofficial mentors, coaches, role models, and sponsors are undeniably making a difference in bringing greater parity to the C-suite. But much more can be achieved when businesses are committed to changing the status quo.

“Because women leaders often have had to overcome workplace biases, or the challenges of juggling dual careers or children, they are in a unique position to help other women succeed,” Eileen Whelley, chief human resources officer (CHRO) at global insurance and reinsurance company XL Catlin, told me when we spoke recently.

“We can see our less experienced selves in those junior women and help them communicate more effectively, navigate the organization, or act with greater confidence than perhaps we did. While this type of informal support is effective, it can be amplified and be even more powerful when companies have formal programs and initiatives that are designed to support the development and advancement of women.”

“Mike has always been committed to diversity but he got a little more passionate about it after attending an insurance industry event for up-and-coming talent and was surprised by the lack of women in the room,” says Eileen. “After that event he called me and said we had to do something, and together we agreed that we would develop a broad D & I strategy with an initial focus on women.”

Last year, the company launched a strategy focused on building a culture of inclusion and strengthening its ability to attract, retain, and advance women into leadership roles.

To date, the initiatives have included starting a Women’s Executive Leadership Program for high potential women; a new workplace flexibility policy; sponsorship of an employee resource group, Women of the World, in the company’s offices in New York, Hartford, Connecticut, London, and Gurgaon, India; “family friendly” leave policies that allow for up to 20 weeks of paid time off for the birth or adoption of a child in the U.S. as well as other enhanced paid time-off benefits; and newly established metrics to track progress and ensure accountability.

She makes it clear that her firm is unequivocally committed to having a diverse workplace: XL Catlin, she points out, follows through to make sure that those involved in the hiring process adhere by its guidelines and consider qualified prospects of all kinds.

“When we work with search firms we insist on having a diverse slate of candidates,” says Eileen. “I think most search firms are already sensitive to this need, but I suspect they go the extra mile for us because we are so clear that diversity is a priority.”

In fact, the company now requires that every candidate slate is diverse, meaning the hiring manager must interview at least one diverse candidate before an offer can be made. “We started measuring progress against this goal last year and the mere fact that we are measuring it – and holding hiring managers accountable – has had a positive impact on our representation of women in leadership roles,” she says.

Eileen concedes that it can be difficult to pinpoint specific reasons for the lack of women in senior leadership roles. Nonetheless, she does have workable suggestions for how companies can boost those numbers.

For starters, she urges organizations to relentlessly measure and hold managers accountable for their hiring decisions. “Track hiring, promotions, and terminations; hold leaders accountable for making good faith efforts and progress on diversity goals, celebrate progress and tie to compensation / rewards,” Eileen says. “This does not mean having quotas or compromising on hiring decisions. But it does require commitment from the top and a disciplined long-term focus as we cannot move the needle overnight.”

Creating a culture that’s inclusive and supports diversity is also important. “This requires communication, education, and helping leaders expand their comfort zones to ensure that their actions and words signal an openness to all members of their teams, not just the people who are most like them,” says Eileen.

Other aspects of an inclusive culture include being clear about the behaviors that are valued and expected and working accountability for living those behaviors into your performance management system.

“At XL, we talk about doing what’s right, being accountable, making it better, and collaborating, all of which contribute to having a more inclusive culture.

Of course, a culture that supports diversity and inclusion embraces flexibility as a way of working and a way of thinking. “Companies that operate in a flexible manner when it comes to getting work done and realizing career growth will attract and retain more than their fair share of diverse talent,” she notes.

Proactively mentoring, sponsoring, and developing women also goes a long way. “This can include development programs specifically designed for women and education about what it means to be a sponsor – someone who is in a position to influence the placement or hiring into a senior role – and what it means to be a mentor, someone who provides advice or coaching based on what they know or expertise they have,” says Eileen.

Beyond their companies’ efforts, women leaders themselves can help others win senior leadership roles, she adds. Eileen urges women to be less modest and openly discuss their own achievements and take credit when it is due. Women should also step up and ask for the promotion when they see a position they want, she says.

“Studies show that men do this more often and more readily than women,” she says, “and my experience as an HR leader tells me that when all else is equal, the person who confidently advocates for themselves and asks for the job, gets the job.” 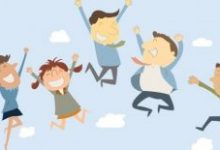 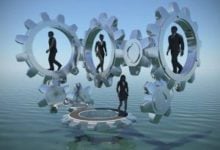