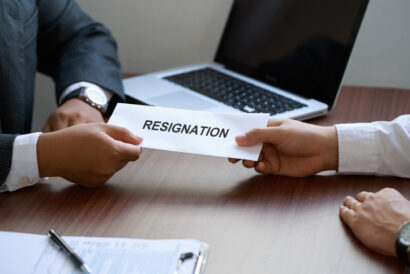 January 18, 2022 – For years, numerous companies have been trying to close the gap in pay for women and men who perform the same job. The effort has taken years for many organizations, along with threats of lawsuits and public pressure to bring women to parity, according to a new report from Korn Ferry. But just when many companies are on the brink of solving one pay problem, here comes the Great Resignation, which is creating a new, potentially more massive, pay issue: the widening gap between the wages of loyal employees and those of new hires or of workers who threaten to quit.

U.S. wages are up an average 4.7 percent over the past 12 months, but many employees have seen far higher jumps — doubled salaries, triple bonuses — either by getting a job somewhere else or receiving a counteroffer from their own companies, according to the report. And with the taboo around disclosing one’s pay pretty much dissipated, particularly among younger workers, everyone in an office eventually finds out who got a hefty pay rise after either joining or threatening to walk.

“It only takes a couple of blips to disrupt the pay equity,” said Tom McMullen, Korn Ferry’s leader in its North America total rewards expertise group.

The Great Resignation has many companies stretching salary guidelines. According to Korn Ferry, jobs that were paying $100,000 two years ago, for instance, are being offered to new employees at $150,000 or more. In these and other cases, existing employees making the lower salary eventually find out about a new hire’s bigger payday. Korn Ferry said that what happens next, often, is that individual managers decide how much more to pay the existing workers to quell any unrest. But, experts say, that creates another problem.

“Anything that is subjective or done on an individual basis, is likely to cause gaps and inequity in treatment across groups of people,” said Benjamin Frost, a solutions architect in Korn Ferry’s products group who works with firm on compensation issues.

The problem is even more acute with counteroffers. “Someone decides to quit; their individual manager decides whether to put a counter on the table,” Mr. McMullen said. “Many companies don’t have consistent, companywide guidelines around counteroffers.”

The pay problem is taking a back seat at many companies that are short of critical talent, according to the Korn Ferry report. Right now, many companies are willing to pay whatever it takes to attract new talent or to keep the people they have, even if it means upending their salary systems. “They’ll deal with the cost implications at another point,” said Juan Pablo González, a Korn Ferry senior client partner and sector leader of the firm’s professional services practice.

But experts warn that if companies aren’t careful, they could end up busting their compensation budgets or creating massive pay equity issues — or both. The Korn Ferry report noted that “some experts say a potential solution involves giving one-time bonuses to loyal employees rather than raising their salaries outright. Others say firms should consider reviewing salaries more than the traditional once a year — to provide more hope and motivation for those on the low side of the gap.”

The best way forward is to create more robust principles around compensation management, such as hiring guidelines, promotions, hiring and retention bonuses, and counteroffers, said Mr. McMullen. “For better decision making in the future, he advises getting leaders and reward specialists together to talk about current practices and how they might better support the business.”

Mr. Frost agrees. “Companies need to refocus on this issue, starting with a reassessment of where they stand now,” he said.

Salaries often go higher during a healthy job market, such as the one many countries are now experiencing. But many organizations have been caught short-staffed as the worst of the pandemic’s economic impacts have faded away, according to Korn Ferry. At the same time, the pandemic redefined priorities for many people, convincing them to seek out jobs and organizations that align with their values.

Fighting the Great Resignation with Cash

As the Great Resignation has extended worldwide, compensation experts have reminded organizations that there are numerous ways to attract and retain employees besides paying them higher wages. But there’s overwhelming evidence that the go-to move for most companies continues to be paying more, according to the latest findings from Korn Ferry, which found a record a number of pay raises over the past quarter.

Lower-paid workers have seen the biggest gains, with wages in the leisure and hospitality industry rising by 7.6 percent in the third quarter from a year earlier. In retail, they’ve jumped 5.9 percent. “It isn’t surprising that many companies are pushing salaries for lower-level hourly employees higher,” said Tom McMullen, a Korn Ferry senior client partner who leads the firm’s pay equity and inclusive rewards practice. “Those industries are facing particularly significant worker shortages right now. Companies have got to do what they’ve got to do to get people in the door.”

Still, experts say there may be other, more effective strategies for keeping employees engaged and loyal. In survey after survey, Mr. Frost said, “employees around the world say their top priorities from employers are clarity around what they need to do to do a good job, transparency about their career paths, and support for future career growth. Initiatives such as skill development programs, mentorship opportunities, and workforce planning exercises can address those priorities directly.”

Those other solutions, however, often take time to implement. “Increasing wage rates isn’t a silver-bullet solution, but lots of organizations go there because it’s very visible,” said Mr. McMullen.

At the same time, a pay boost might not do much for winning over employee loyalty. “The delight of an increased paycheck usually lasts about two pay periods,” said Mr. Frost. “People want to be paid fairly, but they also want to have meaningful assignments, work in a healthy culture, and see opportunities for development.” 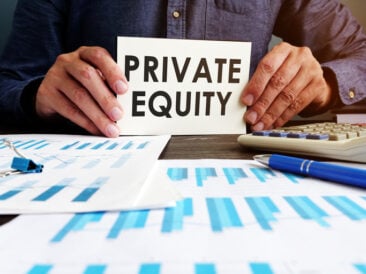