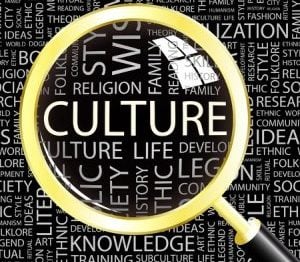 August 11, 2019 – If you want to truly inspire people to produce great work, creating a strong, vibrant company culture remains a core focal point for any business leader, according to a new report penned by Odgers Berndtson’s Elizabeth Stewart, who serves as the firm’s head of executive assessment and development in London.

A few decades since management guru Peter Drucker coined his famous adage: “Culture eats strategy for breakfast,” it has never been truer in the age of flexible working, inclusivity and (seemingly) overnight tech moguls.

Digital disruption means companies need to be agile and ready to transform business models. And, of course, they are required to be adaptive to the increasing influx of a younger generation of employees, who no longer seek lifetime employment at any one company.

“Great cultures start with an obsession for customers and products,” says Robert Bruce Shaw, an organizational and leadership performance consultant and author of Extreme Teams: Why Pixar, Netflix, Airbnb, and Other Cutting-Edge Companies Succeed Where Most Fail.

Mr. Shaw admits that although iconic companies like Amazon and Tesla are “not perfect…they do model what is needed to have a strong culture.” He explains: “Amazon is customer obsessed while Tesla is product obsessed. A customer or product focus inspires a relentless drive to deliver extraordinary results in the targeted area.”

Yet even the most customer/product-centric companies with dizzying growth trajectories and enviable valuations are not always buoyed by a strong culture.

“High growth companies are always at risk of failing to scale in a productive manner,” suggests Shaw. Firms need formal and informal safeguards to prevent self-destructive acts “to avoid making the mistakes we see in firms such as Uber and Facebook.”

In a survey by start-up Comparably, Uber employees rated their culture much lower than their peers at Airbnb, Pinterest and Dropbox, three of the next closest US tech companies by valuation.

The Odgers Berndtson report notes that despite a series of celebrated hires, such as a dedicated ‘culture fixer’ in the form of Frances Frei, a Harvard academic, Uber has yet to fully emerge from the shadow of its culture troubles. These hires covered intense competitiveness bordering on being cutthroat and accusations of racism and sexism that spawned a slew of senior exec departures in 2018, including its top finance executive Prabir Adarkar, HR chief and ex-Googler Liane Hornsey and marketing executive Bozoma Saint John.

There’s no one-size-fits-all when it comes to great culture. Take the Amazon acquisition of Whole Foods, a transaction that one Harvard Business School case study likened to “the corporate equivalent of mixing tap water with organic extra virgin olive oil.”

Amazon’s focus on data-driven efficiency to drive its product mix and enforcing strict employee discipline to generate cost savings was a complete antithesis to Whole Foods, which always prided itself on its personal touch and on being what Whole Foods Market founder John Mackey described in his book Conscious Capitalism as “business that can elevate humanity.” This “culture quake” caused wide enough chasms that in 2017, Whole Foods dropped from Fortune’s best companies to work for list for the first time in two decades.

A CEO needs to be a living model of the culture he/she aspires to lead and must diligently emulate key behaviors and values in a way that is authentically true to himself/herself.

Consider some of the world’s finest companies with cultures that have stood the test of time, those that have been in business for close to a century. For example, in the cases of Goldman Sachs or Marriott, the founder/CEO epitomizes the culture and defines it for years to come.

“A CEO needs to be a living model of the culture he/she aspires to lead and must diligently emulate key behaviors and values in a way that is authentically true to himself/herself,” advises Ms. Stewart. She believes persistence in emphasizing the right cultural behavior will continue to be influential in the long-term. “Your role as a cultural leader is, more likely than not, the primary vehicle for establishing your leadership legacy,” Ms. Stewart says.

Keep to the Fundamentals

Consistently great companies also place human values like trust and camaraderie at the core of their culture, not words that are more reminiscent of business jargon like performance and speed. This is the view of Ed Frauenheim, director of research at Great Place to Work Institute, which regularly publishes annual lists of the best workplaces cultures all over the world.

“Companies who keep these fundamentals at the forefront when it comes to defining, nurturing and reinvigorating their culture will be the ones attracting the most talented, passionate, and dedicated employees. Ultimately, the ones who stay ahead of the curve,” concludes Ms. Stewart.