Stay Connected:
With the election over and a vaccine imminent, the U.S. economy faces one last big hurdle: a second potential lockdown. Let’s take a look inside the latest unemployment numbers released by the Department of Labor this morning. 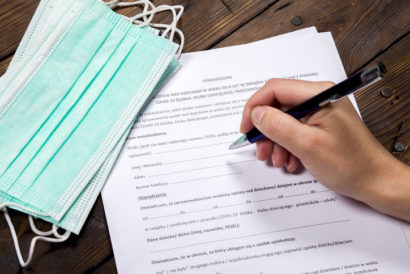 December 4, 2020 – Employment rose by 245,000 in November as the U.S. unemployment rate fell to 6.7 percent, according to the most recent U.S. Bureau of Labor Statistics report released this morning.

That’s down from a peak of 14.7 percent in April, but still far above the 3.5 percent rate in February before the coronavirus pandemic led to mass economic shutdowns across the country. Wall Street expected the November jobs report to show a gain of 500,000 jobs overall and a 6.8 percent unemployment rate.

Other employment reports this week underscored the decelerating trend. Private-sector hiring fell to the lowest level in four months in November, according to data tracked by ADP. New weekly jobless claims began rising again around the 12th of the month, when the Labor Department conducts its surveys for its monthly jobs report. And in the Federal Reserve’s November Beige Book, the central bank noted that nearly all districts reported rising employment, “but for most, the pace was slow, at best, and the recovery remained incomplete.”

“Today’s report is both a wakeup call and a warning,” said Nick Bunker, Indeed economic research director. “Coronavirus cases are surging throughout the country and several federal relief programs are set to expire this month. Progress in the labor market has slowed at the worst possible time. We might be optimistic about the spring, but the winter could bring another round of economic pain.”

“Demand continues to be two to three times across the board what it was pre-pandemic,” said Phillip Vander Klay, director of policy and government relations at the National Diaper Bank Network, which works with about 220 diaper banks around the country. “With the combination of shutdowns starting up again, increased restrictions and the delay in getting more emergency relief from the federal government, we really expect this to continue into the holiday season.”

In November, manufacturing employment increased by 27,000. Job gains occurred in motor vehicles and parts (+15,000) and in plastics and rubber products (+5,000). Employment in manufacturing was 599,000 lower than in February.

Employers in the U.S report improved hiring plans for the remainder of the year following the ten year low reported in Q3 according to the ManpowerGroup Employment Outlook Survey of more than 8,700 U.S. employers. Employers report an employment outlook of +14 percent, recovering 11 percentage points from Q3 yet down six percentage points year-over-year.

Executive Recruiting in a Post-COVID-19 Era
The COVID-19 pandemic has had a big impact on every business sector, executive recruiting included, costing organizations billions of dollars in lost revenue. Goldman Sachs estimates that economic growth around the world will be zero in 2020 thanks to the virus. For the executive search industry, where recruiters are constantly traveling to have face-to-face meeting with clients, things have changed drastically and search consultants have had to adapt to a whole new way of conducting business.

“This is accelerating a shift closer to what we know workers have wanted for some time; autonomy to choose how and where they get their work done, more learning on demand, and a focus on achieving a better blend of work and home,” Ms. Frankiewicz said. “Now is the time for employers to offer targeted skills development and more flexible future-focused work options for those working remote and in the workplace”.