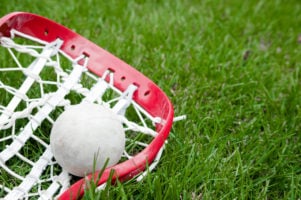 July 21, 2021 – Sports organizations are increasingly turning to search firms to fill their top vacancies. TurnkeyZRG recently assisted the Philadelphia Wings in the recruitment of Mark Zamarin as the professional box lacrosse organization’s new team president. Mr. Zamarin recently spent five years with the Philadelphia Soul, a now defunct professional arena football team, where he served as chief operating officer. Mr. Zamarin is an experienced executive with a demonstrated history of over-delivering on goals and expectations. He is skilled in sales, management, interviewing, business development and marketing strategy. Mr. Zamarin has a strong operations background with a bachelor’s degree focused in sport management from University of Delaware.

In his role as president, Mr. Zamarin will serve as the day-to-day team representative for all NLL-related matters, including serving as an alternate governor, said TurnkeyZRG. He will also provide oversight guidance to an established and experienced lacrosse operations team, led by the team’s general manager and head coach, to ensure that resources are being delivered and maximized for the betterment of the organization.

Mr. Zamarin will serve as the “face of the organization” within the Philadelphia lacrosse and business communities, regularly attending various functions to network and grow the profile of the team and the game in the region.

The Philadelphia Wings are a founding member of the NLL, first beginning play in 1974. The club experienced a period of extraordinary success, having raised six championship banners prior to being relocated to Connecticut in 2014. The club experienced a rebirth in 2017 with the expansion purchase by Comcast Spectacor, bringing them home to Philadelphia and the Wells Fargo Center. Comcast Spectacor is part of Comcast Corp., a global media and technology company that operates Comcast Cable and NBCUniversal. Headquartered in Philadelphia, Comcast Spectacor owns and operates the Wells Fargo Center arena and complex, as well as a portfolio of professional sports teams that in addition to the Wings includes the National Hockey League’s Philadelphia Flyers, the Overwatch League’s Philadelphia Fusion, and the Maine Mariners of the ECHL.

Earlier this year, search firm ZRG made a major move into the sports, entertainment and media sectors by acquiring Turnkey Search. Renamed TurnkeyZRG, all Turnkey staff and assets have now merged into ZRG and the firm continues to be led by Len Perna, the founder, chairman, and CEO of the sports recruiting franchise. Turnkey is adopting ZRG’s tech-enabled, data-driven approach to the search process which it says will give the newly merged firm a competitive edge in the hunt for sports, media, and entertainment talent. Larry Hartmann, CEO of ZRG, called the deal a “blockbuster acquisition.”