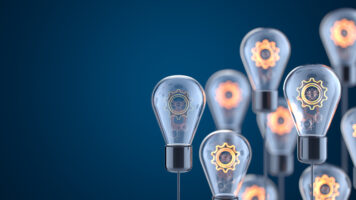 June 25, 2021 – During his career in diplomacy, business and politics, Matthew Barzun went out of his way to ever use the word “power.” So it is that some might find it peculiar that in his new book, The Power of Giving Away Power, Mr. Barzun unapologetically uses the word twice. “At some level, I think we all have a problem with power,” said the former U.S. ambassador to the U.K. as well as to Sweden. “Look around. We know what we don’t like. We don’t like to be at the mercy of bosses, bullies or big institutions. In other words, we don’t like dependency. So we’ve worked hard to achieve greater independence. The problem, though, is that we’re coming to realize the limits of independence: it’s making us lonely, anxious, and even a little paranoid of each other.”

Mr. Barzun’s book, however, is billed as alternative to dependence and independence. It’s the story of an idea, the author says, whose time has come – again.

“I discovered that there are some amazing leaders – many whom we’ve never heard of – who have used this idea to build some of the most consequential organizations and innovations the world has ever seen,” said Mr. Barzun. “For these leaders, power isn’t something that should be lorded over others. Nor should it be hoarded to oneself. It isn’t even something to be divvied up and shared. For them, power isn’t a scarce resource like something you mine. No, power is something you make – with other people.”

And it all begins, he claims, with giving it away.

“We’ve all gotten the memo that top-down leadership isn’t working,” said Mr. Barzun. “No more barking down orders from the top of the pyramid, right? So it’s not surprising that many of us have turned to what we think is the opposite: bottom-up. And it does feel good at first, but here’s the thing: bottom-up is no better. After all, a bottom-up perspective forces you into one of only two choices: you are either looking at those around you as beneath you, or you’re seeing yourself as beneath someone else.”

In either case, Mr. Barzun explains, we are reinforcing the exact same pyramid shape we’d hoped to escape. It’s hierarchy by a different name.

“The reason we can’t seem to escape the pyramid – the world of up or down, in or out, ranking and rating and sorting and sifting – is because it’s not just ‘out there’ in our organizations,” said Mr. Barzun. “It’s inside us. It has infiltrated how we see almost everything.”

“One in 10 of us says “Playing,” or being or loving or laughing or learning or any of the other things we enjoy every day that aren’t strictly winning and losing,” said Mr. Barzun. “The things we value most in life – marriage, careers, friendship, parenting – these are things you cannot win. And when the other nine out of 10 hear this answer – and this is the encouraging part – they say, ‘Oh yeah, yeah right!’ So the good news is that we can find our way out of the pyramid trap. And once we do, we can start to see the alternative.”

In 2003, the Harvard Business Review asked the top 200 leadership gurus across the world, “Who was your guru?” And when they published the list of the gurus’ gurus, No. 1 on the list was the consultant Peter Drucker. But Mr. Drucker, too, had a guru, “the guru’s guru”: Mary Parker Follett, who was born in 1868 outside of Boston and who died in 1933.

“Follett also lived in a bitterly divided time, with political, social and economic division everywhere she looked,” said Mr. Barzun. “There were raging debates about a minimum wage, immigration, and the rising power of big business, as well as fear of government regulation.”

“Follett’s great insight was that we could start to heal those big divisions by thinking quite small,” the author said. “The power of interdependence (what I call constellation power) could be rekindled, she thought, by focusing on small things – how people engaged with one another in small groups around a table. Power could be made in every single meeting we go to. “

After 25 years on the front lines of social work, and serving on scores of civic subcommittees, Ms. Follett had what some might consider a doctorate in meetings. “She knew (like we do) how dreadful meetings could be. And also – potentially – how powerful,” said Mr. Barzun.

She explained that there are four possible outcomes for any meeting that we have. But only one, said Mr. Barzun, is worthwhile:

“Bad outcome No. 1: win. You go into the meeting to make your idea prevail over others. But that means everyone else loses. Why even have them at the meeting?”

“Bad outcome No. 2: acquiesce. You say, “Oh, well, John seems super fired up and pushy. It’s not worth the fight.” No, that’s not okay either, because you’ve denied the group of a unique perspective they don’t have – yours.”

“Now for the hard one. Bad outcome No. 3: compromise. For Follett, that was just the sum of partial wins and losses. You only got part of what you wanted and, this is the important bit, you got nothing more than that. It misses the whole idea of what meetings are for, which is the good outcome.”

Mr. Barzun says the “only worthwhile one” is the fourth possibility: co-creation. “Making something together,” he said. “That should be the aspiration of every meeting. We all know that magic feeling: you contribute a smart part initially, and then the combined bigger creation at the end is forever part of you. Your identity isn’t diminished in the process. You and everyone else are equally enhanced.”

To make it work, each participant needs to come to the table with three expectations:

“This third expectation is critical,” said Mr. Barzun. “Follet reminds us that, yes, you need to bring your full self to each meeting (no one else can), but that isn’t enough: you have a reciprocal obligation to leave that meeting just a little bit different from how you came in. That way, when you go to your next meeting, you and everyone else is different.”

That, he said, is how you can make power – right away, at your next meeting.

Mr. Barzun said: “Famously, Adam Smith said (and I’m paraphrasing): ‘We do not rely on the benevolence of the butcher, the baker or the brewer to get our dinner.’ The implication being that these characters aren’t being selfless every day on our behalf so that we get what we need.

“We have interpreted that to mean that if it’s not selflessness, it must be selfishness. And if you do enough isolated acts of selfishness, it adds up to something really good, the invisible hand and all that… and you get your dinner,” said the author. “Well, not necessarily. There’s an alternative to both selflessness and selfishness, and it is what we need more of right now.”

He sums it up with a story that he learned from “a remarkable leader in a rainforest preservation” by the name of Lynne Twist.

“She talked about her grueling four-day trek to the headwaters of the Amazon to meet with a tribal chief whose people are threatened by deforestation,” said Mr. Barzun. “She wanted to see if there was a way for her organization to help. She sat down with the chief and explained why she was there and why this work is her life’s calling. And the chief, through a translator, listened respectfully. And then he said back to Lynn: ‘I think I understand. If you’re here to help, please leave.’

“’Oh, no!’ she thinks. ‘I’ve come all this way… I blew it…’” said Mr. Barzun. “But then he continued: ‘But… if you’re here because you think your liberation is inexorably tied up with our liberation, well then sit, stay, let’s see if we can work together.’”

He cherishes that story, he said, because it points to an alternative to “this trap” of selfishness and selflessness. “This is a third option,” said Mr. Barzun. “And not some middle-of-the-road, mushy compromise between the two. “It is an entirely different thing. It’s mutual liberation, and a lot of potential power resides there.”

In addition to his work as an ambassador, Mr. Barzun served as national finance chair for President Barack Obama’s 2012 re-election campaign and held a number of roles as a pioneer with CNET Networks, including executive vice president, chief strategy officer and member of the executive committee.