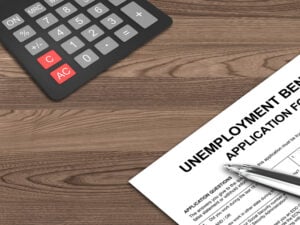 In other good news, the economy far outpaced expectations in January and added 467,000 jobs, much more than the consensus prediction of 150,000.

“Ongoing issues with labor supply has led companies to increase retention rates, which has contributed to the low level of jobless claims,” Bank of America economists wrote in a note. “We expect this to persist over the course of the year.”

“Continued tightness in the labor market indicates that upward pressure on wages and other employment compensation is not likely to moderate soon,” Federal Reserve governor Michelle Bowman said in a speech this week. “Even with the improving labor market, I still hear from businesses that qualified workers are difficult to find, and labor shortages remain a drag on hiring and on economic growth.”

“Due to the clear labor shortage taking place, we have found companies to be more flexible on leadership profiles than once before,” said Travis Hann is managing partner of Pender & Howe Executive Search. “Flexibility in considering candidates with employment gaps, shorter tenure than previously desired and individuals from outside of a desired industry is becoming more normal.”

“Accelerator and incubator programs for start-ups are also seeing more competition than ever before and due to the increased in VC investments, there is no shortage of employment opportunities for professionals to explore,” Mr. Hann said. “It’s partially refreshing to see employers focus more on a candidate’s core competencies, personality, and general work ethic vs where they have been and how long for. It was estimated that 4.3 million Americans quit their jobs in December, that is an astronomical amount and is a clear indicator on how fierce the talent market is. We have not seen any indicators of it slowing down.”

“Employers have assumed that omicron would be painful but short term, so they haven’t changed their hiring plans,” said Mathieu Stevenson, the CEO of Snagajob, a job listings site focused on hourly workers. “Demand from employers is as strong as ever.”