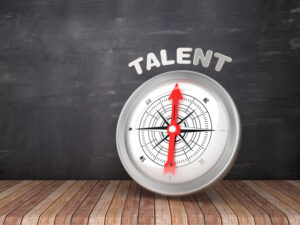 April 23, 2021 – Over the past year, executive search firms have seen a growing number of clients showing interest in experienced professionals with established relationships in the venture community. Among those recruitment firms is Greenwich, Conn.-based RSR Partners, which in a new report released by its asset management practice anticipates such demand will only continue to grow, especially as venture funds’ dry powder is at historic levels.

Citing the research firm Preqin, RSR Partners said that close to $4.4 trillion was invested in both private equity and venture in 2020 compared to $1.7 trillion in 2010. “In venture alone, emerging companies raised $130 billion in 2020, a 14 percent increase from 2019,” said the RSR Partners report. “Of note, the technology and health care sectors saw an increase in deal flow, driven in part by pandemic-related innovations. Instead of slowing down in 2020, venture capital funds set new records for deal activity and fundraising, and turned in the second highest year for exit valuations with three of the top-10 tech IPOs of all-time (AirBnb, DoorDash and Snowflake).”

As institutions build up their exposure to venture, they must be mindful of shifting dynamics. “Established venture managers account for over 70 percent of the fundraising, yet among that group the top decile managers remain difficult to access,” said the report. “Consequently, an organization building their venture portfolio today may need to tap new and developing managers where, according to Cambridge Associates, over 50 percent of the top performing funds can be found. The challenge is that venture has the widest dispersion of returns versus other asset classes. That discrepancy is expected to widen further, placing an even greater importance on recruiting investment teams capable of discovering and evaluating great emerging managers.”

While the challenge is not insurmountable, addressing it requires the right team and a thoughtful approach. “For example, we have learned of success from teams who have identified venture funds that are not household names but focus on technology investments that solve problems,” said RSR Partners. “Adding to the complexity of finding the best managers, the explosion in the number of SPACs (special purpose acquisition companies) being formed will challenge the best of the venture players. Sitting on billions of dollars of cash, SPACs will compete with funds to find the best deals and funds may have to pay up to participate, thus impacting their returns.”

Endowments, foundations, outsourced CIOs, and family offices have been steadily increasing allocations to private investments and contributing to the explosive growth in venture capital. “As noted in a Nonprofit News special report, the outperformance of private equity (+2 percent) and venture investments (+4 percent) vs. the public markets in recent years is driving this trend, with that outperformance being far greater for the top quartile managers,” said the study. “Larger endowments have outperformed their smaller peers due to significant exposure to private markets. Those with more than $1 billion in assets under management averaged a 13.6 percent allocation to buyout and 9 percent to venture, compared to 6.2 percent and 2.2 percent, respectively, for all endowments. Brown University, which is overweight in venture, generated a strong fiscal 2020 return of 12 percent, making it the top performer in the Ivy league for the second year in a row.”

A notable trend is the increase in deal activity for female-founded companies. “Reports show that 25 percent of venture investments in 2020 went to companies with at least one female founder,” said RSR Partners. “We have also seen this trend reflected in recent mandates as clients specifically seek gender diversity on their private investment teams. And while Silicon Valley remains the epicenter for venture investing, studies show its share of total deal value has consistently decreased over the last decade. New York and Boston continue to be leaders for fintech and bio-tech respectively.” Emerging hotspots that include Austin, TX; Atlanta; Chicago; Denver; Los Angeles; Minneapolis, MN; and Seattle, locations where RSR has directly seen recruiting activity for venture talent.

Roles of Board Chairs Continue to Evolve in Pandemic Era

A confluence of issues is landing on the doorsteps of the chairs of nominating and governance committees, says a new report from RSR Partners. Among them: environmental, social, and corporate governance (ESG); workforce safety and transformation; and diversity, equity and inclusion (DE&I). Let’s take a closer look at the new reality.

“There is no doubt that the venture capital talent universe will become more competitive and the high demand for exceptional investment talent will continue to grow into 2021 and beyond,” said the report. “RSR approaches each search with wide peripheral vision in order to identify exceptional talent.” One recent mandate for a prominent multi-billion-dollar foundation on the West Coast resulted in the hire of an experienced direct venture investor.

Given the scarcity of venture talent, some institutions are pursuing less-seasoned candidates with high-growth potential. “According to a managing director at a premier endowment, ‘Venture fund partners are younger and younger, and people allocating to these funds seem to be getting younger as well,’” said RSR Partners. “Our challenge, from a search and talent perspective, is to identify that next generation of ‘up-and-comers,’ as well those who have ‘already arrived’ and can lead an effort today. We are excited to have a front-row seat in the community and to be in a strong position to further assist our clients in the build-out of impactful investment teams.”