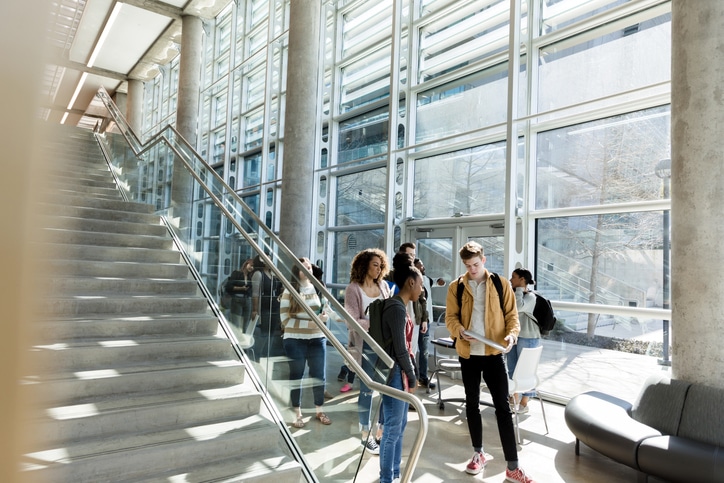 Chief diversity officers have become increasingly common across leading institutions of higher education, driven by the push to create more diverse, inclusive, and equitable environments for the benefit of all members of the community. While much has been written on the evolution of the mandate and remit of this role, relatively little data exists to identify the common profiles and reporting structures into which these roles fit.

To address this gap, Russell Reynolds Associates combined its proprietary database of candidates from past chief diversity officer searches the firm has conducted with publicly available information to identify 60 diversity chiefs from major research universities and liberal arts colleges. The search firm reviewed the profiles, backgrounds and reporting structures and spoke separately with more than a dozen sitting chief diversity officers and university presidents to understand the unique context and challenges of this role. The firm’s findings indicate that, while specific needs and priorities will vary by institution, several broad conclusions can be drawn about the effective chief diversity officer. 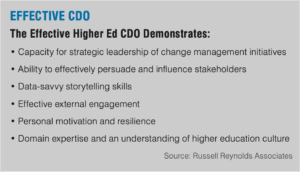 The role of chief diversity officer is expanding at universities. It has become one of the most important positions for shaping the vision, culture and very face of institutions of higher learning from coast to coast. It is also increasingly becoming a cabinet-level job, with a broad range of responsibilities beyond that of most administrators.

The growth of this role builds upon the historical trend toward promoting diversity, equity and inclusion in higher education that began with the creation of “minority affairs” roles, which first began appearing at universities in the 1970s, according to the Russell Reynolds report.

“Primarily oriented toward compliance or risk-mitigation, including issues related to workplace discrimination, affirmative action and accessibility, these roles were typically located at the department level or within a division of student services, rather than at the exec- utive level or within the president’s cabinet,” the firm found. “While undoubtedly integral in moving the overall conversation regarding campus diversity forward, these roles were often criticized as purely symbolic or insufficient appeasement to minority and underrepresented groups who felt their needs were not being properly addressed.”

Russell Reynolds noted that over the course of the early 2000s, understanding and conceptualization of diversity began to shift, with many pointing to a series of Supreme Court rulings, most notably related to the University of Michigan’s affirmative action admissions policy, as being instrumental in shifting universities away from a legalistic and mechanical view of diversity and toward a more holistic understanding of how diversity in all forms can benefit learning environments. “Rather than being defined simply as the presence of individuals that differ by ethnicity, gender, sexual orientation or some other social identity, diversity is now seen as a resource that can be leveraged to enhance the learning of all students and is, therefore, fundamental to institutional excellence,” the search firm said.

Accordingly, the search firm said that the mandate and expectations of the CDO role have also evolved, with many universities now positioning the function as integral to the strategic direction and success of the institution. Historically, diversity professionals often came to the role from either an HR or other compliance-focused background, indicative of the narrow scope usually afforded to the function. As the mandate and complexity of the role have expanded, so too has the range of profiles that have become relevant. Russell Reynolds’ analysis revealed four “archetypes” of CDOs among today’s diversity leaders, representing the most common current pathways to the CDO role. 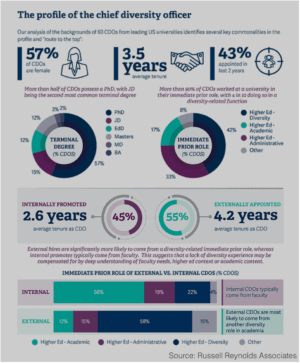