Menu
View our Events
Stay Connected:
In an effort to  provide the best advice for new CHROs and to learn what these leaders wished they had done differently during their own transition  process, Russell Reynolds Associates spoke to 21 CHROs from around the world. Their answers are illuminating. 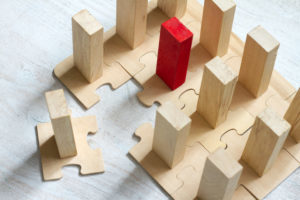 October 19, 2020 – Every new chief human resource officer (CHRO) comes into the role from a place of success. Past impact produced the invitation into the C-suite or into a new organization. But past success, no matter how significant, does not guarantee a successful transition. What worked before may not generate the same success at a more senior level.

Russell Reynolds Associates interviewed a diverse group of 21 CHROs from around the world earlier this year. Each had been in their current role between nine and 18 months. The search firm’s goal was to uncover the best advice for new CHROs and to learn what these leaders wished they had done differently during their transition.

The search firm found that these leaders recognized the need to have clarity about what drives the business before Day One. Walking in on your first day with a general understanding of the new company’s industry, operating model and strategy is not enough. While this learning begins in the interview process, it continues with research and first conversations.

One CHRO told the firm: “Do your prep work – before you start and in the first two weeks. Dig into financials, proxy, shareholder materials, strategy documents. The goal is to understand the business as quickly as possible.” But archival research is not enough. The learning deepens in your first conversations with people at the company. Advice for these initial discussions included to “talk about the business, not about HR.” Another CHRO suggested a new leader “learn the context. Learn the history of the business, the board, and the leadership team as well as the infrastructure and technology.” A third said: “Discover the key levers in the business. How does the business make money? What are the sensitivities around that?”

The Russell Reynolds Associates’ report said that the discovery work is also about what the CHRO will need to change and what should stay the same: “Understand the legacy, what you’re trying to preserve, and how you’ll make that happen from a business and people point of view,” said one CHRO. “Break some things, strategically. Make your mark in your team and identify the gaps on the ELT quickly,” advised another. And critically, “balance the urgent and important versus the strategic,” said a third.

Only You Can Create Your Onboarding

One HR leader stated: “Own your onboarding beginning with the day you accept the job.” The Russell Reynolds report said that you can be the driver of culture change in your new organization, beginning with how you introduce yourself and simultaneously assess the organization. HR leaders emphasized that the process begins with mindset. “Prepare for a baptism by fire,” said one CHRO. Another recommended: “Think of this as a year-long learning lab.”

The report also said that as much as you will want to move fast, patience matters too, for both you and your colleagues. Two leaders reflected back on their experience, with one saying they would have “[told] myself to be more patient and not put so much pressure to deliver.” The other “would give myself more patience and give my CEO more benefit of the doubt.”

The search firm’s report said that with business insight and a mindset of learning and patience, the most important work of your onboarding plan is building relationships. One CHRO said, “Really focus on building relationships and listening. Don’t have a preset agenda on what you think is right.” Almost every leader wished they had done a better job of connecting with others in the first year. They challenged new CHROs to do better. “Be more intentional about building relationships: Time, setting, and frequency matter,” said one. “I would have focused more on my manager relationships,” said another. A third remarked, “I would probably try to spend more time with my colleagues and with my CEO earlier on.”

“The CEO presents a unique challenge,” the report said. “Most CHROs, when new to a team, spend so much time pursuing the CEO’s attention that they inadequately engage other members of the executive leadership team. They don’t spend enough time with leaders a few levels down, who really hold the secrets of the organization.”

An added wrinkle is CEO tenure. The search firm said some CEOs will be in their seats for many years. Others may also be transitioning into their role as the CHRO joins. In either case, the advice about the CEO relationship is still about building connection immediately: “I think I would be in the CEO’s face more,” said oner CHRO. “I would have built a stronger relationship with him more quickly and I would have commenced that charter of what we’re working on together as a team earlier.”

At the same time, the report said to pay attention to your ethos, especially as a first-time CHRO. “Invest in who the CEO is and stand your ground with her,” said one leader. “You have to be a forceful personality.” Another remarked, “I think it’s a general view with HR, that the CHRO is in the pocket of the CEO. That never works because the rest of the executive team doesn’t trust you. One of the things I did was to very clearly take an opposing position publicly, not in an inappropriate way, but just to help people see that I was my own person.”

Experienced leaders can make assessments quickly, but the Russell Reynolds report said you should remember to keep some of those thoughts to yourself until you have a broader understanding of the organization and its people. Even those respondents who consciously held back felt that they could have held back even more. “I would’ve expressed my views even less to start with,” one said. “I held back a lot, but some of my comments about talent were perceived as judgmental.”

That leader told the search firm, starting again, “I would’ve said even less.” It is hard for the views to not come across as judgmental. As a new leader without the history, make judgements and use them to build the business, not simply to show expertise.

Travel in the New World

One of the surveyed leaders regretted not traveling more. The individual said, “I didn’t make it to Australia, and it is our second largest country. Why did I not go there earlier?” Another said, “I’d travel even more. For example, I was meant to get to Asia in January, but we had to cancel that.” The guidance is clear. Travel early and often for the face-to-face meetings that build comfort and trust.

The Russell Reynolds report said that when travel is not possible, make use of virtual communication. Two leaders expressed the power of the new virtual platforms that became ubiquitous in 2020: “Don’t make excuses regarding technology impacting relationship building negatively – it can be even more effective,” said one. “Virtual communication does not have to be a poor substitute for physical communication,” said the other. “It’s different. You can’t pretend they’re the same. The feedback we’ve had from the broader team is that they really like the live events that we’ve been doing with thousands of people online. Strangely, it actually feels much more intimate.”

Be Brave with Talent

“Every conversation is a chance to assess the talent you have and the gaps to be filled,” the report noted. “Your lens of what makes the business successful means you have new eyes on the commercial engine, but also the people needed for sustainability and progress. CHROs also repeatedly spoke of the need to listen outside of HR. Go wide in the organization because you want to recognize the talent, layers deep, that is ready to help you with the changes that need to happen.”

Pandemic Changes CHRO Role for Good
The coronavirus pandemic has revolutionized the role of CHROs at companies everywhere. The crisis has demanded a new set of skills for the position as well as new responsibilities, according to a new report by IMSA Search. To keep their performance at the highest level, however, CHROs must stay focused and be  aware of changes in key areas. Here’s the latest.

However, the report said you should not be afraid to make changes when certain personalities are damaging the enterprise. You will be seen as using your judgement wisely. One leader noted, “Hindsight is easier. I could have moved on someone on my team who was more destructive than constructive.” Another leader said, “I put up with a bit of bad behavior towards me for too long.”

What has to be done? “Because you came into your early days with business clarity and an open mindset, your initial plan to build relationships uncovered the real strengths and needs,” the report said. But you captured a tremendous amount of data. After onboarding, your next months demand prioritization. CHROs urged their peers to “be very focused on important and key priorities and don’t get drowned by the noise.” Another recommended to “learn and list your priorities and your mandate. Know what success looks like for each of your key stakeholders.” A third said: “It is important to focus on your top three priorities. Think about what you want to accomplish and how you are going to measure the progress.”

What these CHROs provided is a playbook for architecting success in your transition into a new CHRO role. “Every leader has talents, and you are already great at some of what our leaders recommended,” the Russell Reynolds report said. “Remember that every action you take adds up to a successful transition.”