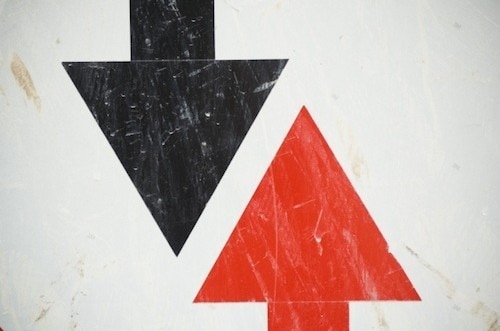 November 27, 2013 – With millions of dollars potentially hanging in the balance, the best-run organizations always keep an eye out for whatever advantage they can muster to help them get the right individuals to run their operations. Some extra attention from an executive search firm in recruiting those hires might well be the tipping point between finding an executive who performs satisfactorily and someone who sends profits through the roof.

That special consideration is the edge that Jay Rosenzweig likes to sell when talking with potential clients about why they should choose his firm to conduct their most critical executive searches. “Big firm expertise, boutique firm service,” is his pitch, and it’s convincing. Kelso and Company learned that last year when the New York private equity investment firm held a shootout to decide what recruiter would do the search for the chief executive officer position of its soon-to-be acquired EACOM Timber Corporation in Montreal, Canada.

Kelso’s representatives were already familiar with Rosenzweig and Company. (They had recently retained the firm to conduct EACOM’s chief financial officer search.) But the CEO job was too important, they felt, to assign without taking a hard look at what other, bigger, executive search firms might bring to the table. This would be a dog fight, they promised, and they meant it.

When Mr. Rosenzweig met with the partners, they asked him why they should hire his firm when other recruiters might have more experience with the forest products industry. Mr. Rosenzweig replied that that was hardly a reason to choose another firm over his own. Lists of potential candidates in any field were easy to come by, he told them. But finding someone to connect with candidates on their behalf was a different story. Senior people do the heavy lifting at Rosenzweig and Company, he explained. And they do it with a sense of urgency. Who better to contact a high-level executive about a career change than a senior executive?

What’s more, because his firm takes on fewer clients than the big search outfits, Mr. Rosenzweig’s recruiters can invest more time and attention to the matters at hand. And because Mr. Rosenzweig doesn’t have a long list of timber clients, he’s unlikely to have off-limits conflicts.

“We really work with our clients to marry their strategic objectives to our recruitment objectives,” Mr. Rosenzweig says. “To us it’s about leadership, whether it’s a leader of a plastics company or a leader of a forest products company or whatever. What we indicated to Kelso was that with all the technology that we have at our fingertips, it’s not very difficult to determine the universe of forest product companies or timber companies and in turn to identify the leaders within each of these businesses. If I’m in the client’s shoes, I’m more interested in who would I be most comfortable with representing me out there in the market. I put that question to them, and I guess they thought about it and concluded that they would be most comfortable with us.”

Last July, the search began in earnest. Mr. Rosenzweig and David Stinson, director of research, led the way, with support by associate Ariel Katz. Throughout the search, the pair stayed in frequent contact with Kelso’s Matt Edgerton, a vice president, and associate William Frayer.

Rosenzweig and Company’s charge was to find a CEO who would inject new blood and new energy into EACOM. Essentially, Kelso wanted an executive for the business who would tighten up operations and boost profits. The search, which spanned North America, was completely external and restricted to the forest products industry. “It was a very targeted, very specific, very pinpointed approach in which there was no room for error on any reach-out that we made,” Mr. Rosenzweig says. “There’s only a finite amount of highly qualified potentially interested candidates, because we’re only dealing in one sector.”

Having interviewed key stakeholders and getting a strong understanding of both Kelso and EACOM, the recruiters pulled together names of past and present CEOs, COOs and divisional vice presidents for each of the relevant companies in the United States and Canada, as well as qualified expatriates working in other countries. Between networking, including some good contacts Kelso suggested, and a thorough search of pertinent databases, they developed a list of 173 prospects and sources.

By the second month, the recruiters narrowed the search to 14 candidates, who were interviewed and then reduced to a list of five. Those prospects were then presented to the client, along with an in-depth review and evaluation of each.

By the time the search was completed late last year, Kelso would come away not only with a CEO for EACOM but a COO as well. Kevin Edgson, who had been a senior executive at Millar Western Forest Products in Alberta, signed on for the top job. Jeff Webber, a senior executive at Stimson Lumber Company in Portland, Oregon was brought in as COO around the same time.

For Mr. Rosenzweig, it all comes back to his point about leadership and the extra care that the right search firm can give a client. The boutique approach, he says, allows for a certain ability to go with the flow of a clients’ needs. In many ways, it makes little difference whether he is working with a big private-equity firm or the Canadian Civil Liberties Association (for whom Rosenzweig and Company placed its last two leaders) or a major mining interest. “The subject doesn’t matter,” he says. “The sector doesn’t matter. The function doesn’t matter. What’s important is who’s representing you in the market and how much time do they have to invest and focus on your project.”

Mr. Rosenzweig points to an assignment his firm accepted early last year for the publicly-traded Kinross Gold Corporation, which is based in Toronto and is one of the world’s biggest gold-mining enterprises.

The company was looking to augment its board of directors by three members, but already had an evergreen list. What they wanted from Rosenzweig and Company was not a full-blown search but more or less some advisory work. Adjusting the fee to a third of what the firm would charge for a typical search, Mr. Rosenzweig agreed to conduct due diligence around the names on the evergreen list, evaluate the board skills matrix that Kinross Gold already had in place, and make some inquiries in the market for other potential candidates.

As it turned out, the assignment evolved and grew. “We actually did some comparisons of other candidates that they might have wanted to consider,” Mr. Rosenzweig says. “We helped with the approaches to some of the candidates on their list. They asked if we might be able to do a comparative matrix related to other mining companies and how they stack up in a whole bunch of different criteria versus other mining firms. When you’re dealing with a board there’s always disparate personalities and viewpoints as to where to go moving forward. We were able to help Kinross through that, and ultimately they hired three board members they were very pleased with.” And, Mr. Rosenzweig adds, when all was said and done, Kinross compensated his firm at the full retainer price. “We were able to do a bunch of tasks depending on what they wanted rather than coming in with a corporate in-the-box attitude and saying, ‘Hey, this is what we do and this is what we charge,’” he says. “I think they appreciated the flexibility, the nimble approach and the value.”