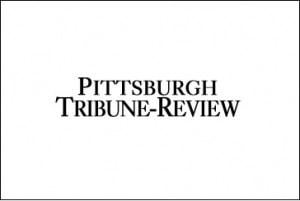 April 4, 2016 – Pitt athletic director Scott Barnes knew what he wanted in a men’s basketball coach. He just didn’t know who.

When former coach Jamie Dixon departed for Texas Christian University three days after the Panthers lost to Wisconsin in the NCAA Tournament, Barnes shifted into overdrive in searching for a replacement. Five days later, he hired Kevin Stallings away from Vanderbilt.

Such a short turnaround might not have been possible without a search firm, which identifies and vets candidates before presenting them to those filling vacancies.

Universities’ reliance on a third party has made search firms power brokers in college athletics. And that has raised questions about sports departments’ and coaches’ relationships with those firms.

“It used to be sort of the old boys’ network,” said Chris Hunt, president and cofounder of Hunt Scanlon Media, which tracks the talent management industry. “This athletic director knew another one. The people (behind) them might be brought up through the ranks to replace them. That’s changed.”

In this instance, Barnes didn’t enlist the services of just any firm. He reached out to a friend. Barnes selected Collegiate Sports Associates, which has conducted searches for high-profile head coaching and athletic director vacancies.

The firm was founded and is operated by Todd Turner, the only athletic director to hold the position in four of the original six BCS conferences: SEC, ACC, Pac-12 and Big East.

“It’s not surprising that search firms are doing back-room machinations, winking their eyes and making deals,” sports economist Andrew Zimbalist said. “The issue is whether the search firm does its job properly.”

Repeat business between Barnes and Turner is good for Turner’s business. Search firms regularly charge in the low six figures.

Typically, when a team such as Vanderbilt finishes 19-14, loses its first game in the SEC Tournament and is routed by Wichita State in the NCAA Tournament, the coach generally isn’t fielding job requests.

“I have seen where a search firm will pick athletic directors and coaches, and many times they will stay within that network,” said Cedric Dempsey, who served as NCAA president from 1994-2003 and was an athletic director at four schools. “I don’t think that’s true in all cases. But there are a few that started out developing a network for particular positions, and you’d frequently see people move from one position to another position because the search firm had their stable of prospects.”

Barnes said he trusted Turner to lead the search because Turner is good at what he does.

“I was working with (Turner) two weeks ago on a search, and so we folded right in,” said Barnes, referring to enlisting Turner’s firm to hire Julio Freire as deputy athletic director for external affairs. “I worked for Todd Turner at Washington. I’ve used Todd Turner several times for searches. You get familiar with folks that you use and do a great job. If you’re comfortable with the guy, you keep going back.”

Said Hunt: “It’s up to the college to really press the search firm to come up with the best candidates. I don’t think a search firm is going to put up a lesser candidate because it’s a better connection. It’s a self-policing situation. They’re going to put up the best possible candidate. They want to work for that college or university in the future.”