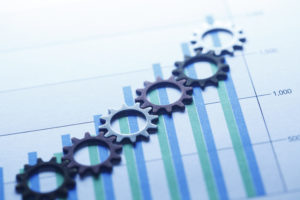 “Fourth-quarter results for both our Protiviti and staffing operations were very strong and exceeded the top end of our guidance range,” said M. Keith Waddell, president and CEO of Robert Half. “Protiviti reported its 13th consecutive quarter of year-on-year revenue gains, with particular strength in its technology consulting practice and managed solutions with staffing. Our staffing operations reported broad-based, double-digit, quarter-on-quarter sequential revenue growth on an as-adjusted basis,” he said. “Return on invested capital for the company was 31 percent in the fourth quarter.”

“We enter 2021 with renewed optimism about Robert Half’s positioning for future growth,” said Mr. Waddell. “We have retained our key staff, and they are committed to driving our success as the backbone of the enterprise. Our aggressive go-to-market strategy during the pandemic with clients in the public sector and financial institutions of all sizes has yielded meaningful wins and new relationships.”

Caldwell Posts Flat Q1 Revenues
As the pandemic continues to impact executive search firms around the world, Caldwell delivers results for its fiscal 2021 first quarter. It reveals flat growth from a year ago. Caldwell also announced changes to its leadership team as the firm expands operations. Let’s go inside the numbers.