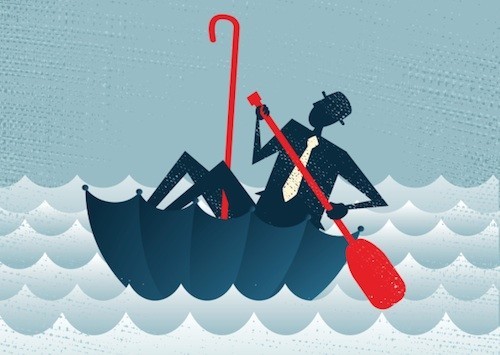 May 25, 2014 – Some of the greatest stress that a search firm can experience comes in helping to fill a position that a client company had previously filled on its own but that soon proved to be a mistake. It’s bad enough for a company to misstep once in a top-level hire. For it to happen again can be disastrous. And though a good recruiter wants to get it right under any circumstances, cleaning up a client’s miscue adds to the challenge at every stage of the process.

“You feel the pressure every time you take on a search like that, and particularly when you know you’re getting called because the client was trying to do it themselves and failed or they’re stuck between a rock and a hard place,” says Mark Hamill, CEO of Spengler Fox. “You really have a huge amount of weight from that company, trying to make sure that you can do an honest and diligent job to get them the right level of talent they need.”

Last year, the London-based recruiter accepted the assignment of finding a general manager for Europe, the Middle East, and Africa for a $1-billion-plus U.S. manufacturing concern owned by a private equity firm. Referred by Pinnacle Search Partners in Atlanta, one of Spengler Fox’s affiliate partners, this was to be a broad, pan-European search. The GM would be working out of the company’s regional hub in Germany. “They had had an external hire in the role for the previous 24 months who wasn’t quite hitting the satisfactory success note,” says Mr. Hamill. “They looked internally themselves but felt the appropriate level of talent wasn’t there.”

Predominantly, this was a business-to-business operation that spanned Europe. Candidates could come from other sectors of industrial manufacturing other than the company’s specific field, but it was important that they knew the European market and the international channels that the products would be going through. Similarly, they could come from other countries besides Germany.

On the other hand, this was no stretch hire. “This role was for somebody who had managed a similar-sized business before,” explains Mr. Hamill. “The client was quite averse given their previous negative experience to take on somebody at this level of responsibility for whom this was going to be completely new.”

That meant that Spengler Fox would need to firmly understand the company’s culture and why the previous GM had faltered. All that would feed into the type of candidates the recruiters would seek.

“The main elements to look at are why the previous person was unsuccessful and what is going to be the legacy impact on the team that’s left behind,” says Mr. Hamill. “Are there team members who felt they could have been internal candidates for the role? And then there’s the person coming in who inherits a team that for reasons that are not necessarily the team’s fault is slightly dysfunctional or slightly directionless. So having somebody who’s maybe gone through that change process or inherited a team before and been able to get them onward bound are important attributes you want to see in the candidates.”

The search was headed by one of Spengler Fox’s equity partners and one of the client partners, with the backing of an associate and a researcher. Given the importance of the hire, it was an exhaustive effort that ran the gamut of contacting network sources, identifying recommendations, and going through industry associations to pull together a complete picture of what the market had to offer. (All of the candidates were European, but some were working in Asia at the time.

Throughout the three-and-a-half-month search, which because of the pan-Europe nature of the assignment ran longer than usual, the recruiter was in weekly contact with its client’s head of human resources EMEA. A total of 136 possible candidates were contacted, leading to a short list of seven candidates. Three of those were German and the others from elsewhere around Europe. The client, says Mr. Hamill, spent an additional three months conducting interviews on the way to striking a deal with the new GM.

Winning the job was a German national who had managing director experience with P and L responsibility, 70 employees, and experience in restructuring as well as production reorganization. And though it is still early, most signs point to the individual’s success in the post. Spengler Fox made a big impression as well. The firm has since conducted four more assignments for the client in different corners of the world.

When a client’s initial hire to a key position fails to go well, the search firm that comes in to find that person’s replacement becomes an integral player in that company’s future. Within that new search, however, comes the opportunity for positive change and a certain corporate self-awareness that the recruiter can also help facilitate.

Another case that Spengler Fox had last year was to find candidates for a senior vice president role for a major U.S. consultancy firm. It was a London-based position, and it carried a lot of weight because while the company had seen some success in Europe, its leaders thought it could do significantly better.

Handling the assignment was Mr. Hamill, who had known the company’s head of global talent from a previous incarnation, working with a client partner and an associate in London.

This would be Spengler Fox’s first assignment for this client. But in many ways, this was a customer who made the job easier. “They gave very good guidance,” says Mr. Hamill. “And it was a beautiful debrief in terms of giving us some very clear guidelines on which firms out there they appreciated, what their history had been in terms of hiring from competition or from similar firms where they’d seen a good fit or not a good fit. They knew their space very well, so they were able to give a lot of good direction so we were able to take quite a focused mandate to the market.”

That mandate was straightforward. The client wanted to look only in the professional services space. And European experience was essential. “The individual couldn’t have been a UK national who had only run a sales team in the UK or a French person who only ran a sales team in France,” says Mr. Hamill. “It really did need to be somebody who had good knowledge of the wider European markets.”

Where there was some leeway, however, was in the candidate’s current job. The client was open to someone who was looking to move up a position or two in his or her career. “There was a little bit of room if the person really showed that kind of hunger and ambition,” says Mr. Hamill.

After all, the position had six or seven people in the same number of markets who reported directly to the senior vice president on a daily basis. Company leaders thought they had invested wisely in that team and wanted them to succeed. “They wanted to make sure they gave that team the best chance to perform and have a real kind of responsible, charismatic leader on top, really orchestrating and leading by example. This was a case of finding someone who really would role up their sleeves and get the job done, not just sit in a comfy armchair. It was a critical hire for them.”

Spengler Fox’s efforts proved to be beneficial in other ways as well. Beyond the senior VP search, the client asked the recruiters to help gauge the company’s brand awareness and brand perception in the European market.

“They really wanted us to engage in the market with them with quite a broad pool of people to find out what the market thought of them in terms of employer branding, etc. That’s a valuable piece that some companies like to look at, especially when they’ve gone through difficult times. It can be a valuable piece of insight.”

After the initial debriefings, of which there would be four, the recruiter kept in contact with the client’s global talent team, as well as the chief sales officer, every week or two. Over the summer and into last fall, the recruiters spoke with some 90 prospects, boiling that number down to 12 or 13 and then to a short list of five candidates.

Mr. Hamill describes the winner as a “proven executive but still with plenty of career stretch, the right blend of leadership and experience, innovative, thoughtful and humble.”

Both hires seem to have their companies back pointing in the right direction…to the growing relief of all involved. “There was a lot of exposure in making sure that the clients in those two cases got the right person on board,” says Mr. Hamill. “In both cases it really was the credibility of their whole European business that was at stake.”