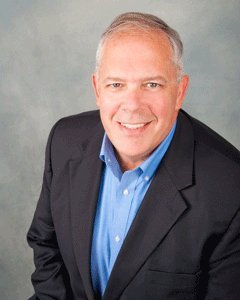 Tom Connolly is Managing Director at GattiHR and is responsible for the Firm’s TalentBoost™ platform, a high velocity recruiting, onboarding and training platform that supports the build of instant organizations, from high volume commercial recruitment needs to hiring 5,000 contact tracers, and more.

Tom joined the firm in 2015, where he served as CEO for 6 years and was instrumental in expanding the Firm’s geographic footprint and its practice areas, which now includes executive search, workforce analytics, HR technology and advisory services.

Prior to joining GattiHR, Tom spent more than 25 years working with companies undergoing major transformation. At Vertex Pharmaceuticals he served as Senior Vice President & CHRO. He oversaw all aspects of Vertex’s global HR activities during a period of phenomenal growth and a radical rotation of the Company’s therapeutic focus. He served as the CHRO for UBS, working on more than a dozen transactions, including the acquisition of Paine Webber and Enron Energy Services. During his time there, the investment banking division grew from #16 to #3 in the world. He was also the CHRO at MF Global during that company’s turnaround effort and has held HR leadership roles at major corporations including Goldman Sachs, Citibank, Aetna, and Lehman Brothers. Tom has managed HR operations in more than 40 countries, and has completed expatriate assignments in London, Zurich, and Tokyo.

Tom holds a BA in Psychology, an MS in Industrial/Organizational Psychology and an MA in Health Care Administration. He also holds an MBA from Leonard N. Stern School of Business at New York University. He has served as an advisor to Save the Children on HR and other organizational matters, on the Advisory Board of the Center for Innovation & Change Leadership at Suffolk University and on the Biotech Advisory Board at Bunker Hill Community College.