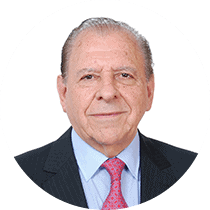 In 1992, he founded his own executive search firm VBCA, along with other partners, which became the local representative firm of U. S. Ward Howell International, subsequently rebranded Signium International.

In 1997, he founded his own executive search company Bocaiuva & Associados Int’l. In 2003, he became a Partner of The Taplow Group S.A.; his firm was rebranded as Taplow Brasil Consultores in 2012. Since 2013, he holds the positon of South & Latin America Director for The Taplow Group S.A.