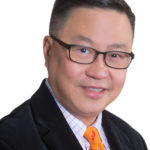 Simon is the Chief Executive of Cornerstone International Group worldwide and also the President of Cornerstone in China and is based in the Shanghai office.

Prior to joining Cornerstone China as President in 2003, Simon was with Philips Lighting as General Manager of China / East Asia and was previously General Manager of Carnation Foods, Getz Brothers trading and in government services in Canada as Trade Director for China & South Pacific.

Simon is a native of Hong Kong and studied and worked in Canada. He has been a resident of Shanghai since 1993.

He received his Bachelor and MBA degrees from the University of Alberta, Canada. He is a member of the International Coach Federation and a Certified NLP Coach. He has nine years of experience in executive search and recruiting.