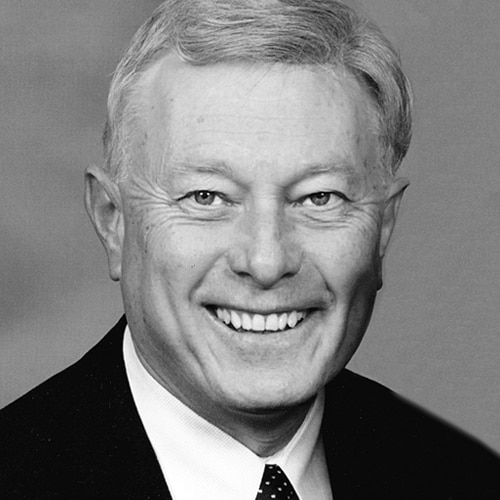 Don Wegmiller is former President and Chairman of Integrated Healthcare Strategies, a division of Gallagher Benefit Services, Inc.  He currently is Chairman Emeritus, serving as an advisor to the firm’s leadership.  Gallagher Integrated is the nation’s leading authority on executive compensation and physician compensation for healthcare organizations.  With over 1200 clients located in all 50 states, Gallagher Integrated serves as consultant to many of the leading healthcare systems in the country.

Mr. Wegmiller continues to hold policy positions in state and national health care associations.  He has served on the boards of numerous publicly held corporations over the past 20 years, and currently serves on the boards of two public companies, and two company advisory boards.  Mr. Wegmiller also currently serves as Chairman of the Scottsdale Institute, an association of advanced healthcare-delivery systems aimed at sharing best practices for information technology-enabled quality improvement.

Mr. Wegmiller has written and lectured extensively about a number of healthcare topics and his work has been published in a variety of national healthcare publications.  He currently teaches health care administration at the University of Minnesota, Duke University and Arizona State University.

In 1987 Mr. Wegmiller served as Chairman of the American Hospital Association, the organization’s highest elected office.  He also has been named a Fellow in the American College of Healthcare Executives and in August 2002 was named by Modern Healthcare as one of “Healthcare’s 100 Most Powerful People.”  In 2013, Mr. Wegmiller was inducted into the Modern Healthcare “Health Care Hall of Fame,” an honor accorded to less than 100 individuals who have served the healthcare industry since the programs onset in 1988.